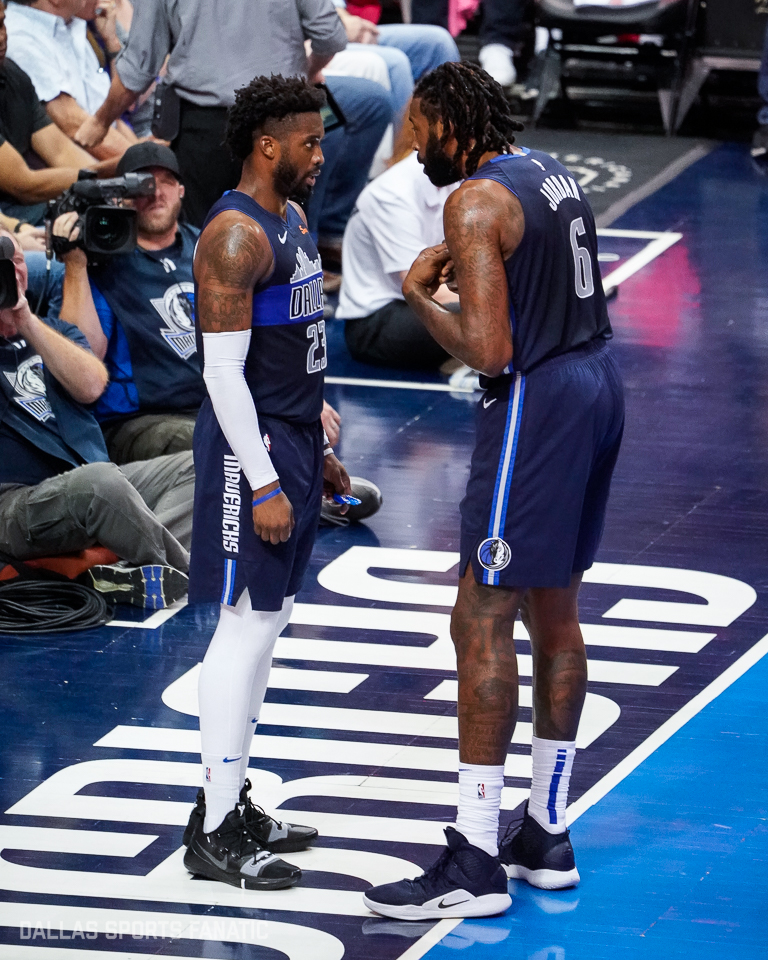 3 things we learned from Mavs loss to Lakers

3 things we learned from Mavs loss to Lakers

Both the Lakers and the Mavs came into tonight’s game desperate for a win after starting 2-5. Although the final score was close, the Lakers held a 10+ point lead throughout much of the game. Dallas never fully went away as the bench unit carried the starters. In the end a terrible, terrible foul committed by Wes Matthews with the Lakers in the bonus and only two second left sent LeBron James to the line. James would go 1 for 2 and lead the Lakers to a 114-113 victory. The loss extended the Mavs losing streak to five games including being winless on the road.

Luka Dončić mentioned before the game that LeBron James is his basketball idol and who he tried to model his game after. If he was nervous to play against James he got all of those nerves out in the first half. The Mavs point-forward started the game off cold by going 0-for-5 from the field for 0 points, 2 rebounds, and 2 assists in the first two quarters. After halftime is a different story. Throughout the second half Dončić complied 14 points, seven assists, and five rebounds while shooting almost 50% from the field and the three point line. At the end of the game, with Dallas down by two, Dončić had his name called to take the last shot. He drove Josh Hart to the block with his left and then timed a one legged floater over him to tie it. The whole sequence was crafty and almost athletic. But more importantly it was clutch.

Mavs lost, but Luka Doncic has ice in his veins ❄️ #MFFL pic.twitter.com/IAKU2sVws7

Dennis Smith Jr. has looked somewhat uncomfortable this season. He entered the game coming off two very good games of 20+ points after a slow start. But even in those games you can see that he is having a hard time getting acclimated to playing without the ball in his hands as much. It’s also because he is learning how to play next to Dončić. DSJ had possibly his worst game of the season against the Lakers. The Mavs point guard finished with a -29 plus/minus, which was the worst on the team. He shot 2 for 9 from the field and finished with only five points and three assists while also turning the ball over three times. Rick pulled him after he missed a three-foot chip shot with nobody really there. Smith Jr. sat the remaining six minutes and watched the Mavs come back from the bench. The growing pains are real right now.

Dallas Mavericks fans have been hard on Wes Matthews since the start of the season. After seeing him take close 20 shots in multiple games, Mavs twitter was calling for him to be gone. Matthews was about to have some ammo to make critics, like myself and many other fans, be quiet for a night. The bad thing about this whole thing is he had a really nice game. Matthews shot 50% from the field and 40% from three as he scored 21 points. He was the only starter with a positive plus/minus at +9 because he was part of the Mavs comeback in the third and fourth quarters. Finally, he played within his game by catching and shooting the ball. His dribbling was limited unless it was to take a floater – which he converted on more than once. It was if he heard the cries of all Mavs fans to just play within himself.

Then he fouled LeBron with the Lakers in the bonus and only two seconds left after Dončić made the biggest shot of his NBA career to tie it. All of the good things he had done up to this point gone in a split second. What was he doing? Even his teammates didn’t know. They looked at Wes like all the fans do on twitter – with frustration. It was the most important part of Matthews game and it was terrible.

The Mavericks will look to end their five game losing streak as they host the Knicks on Friday at 7:30 PM on Fox Sports Southwest.