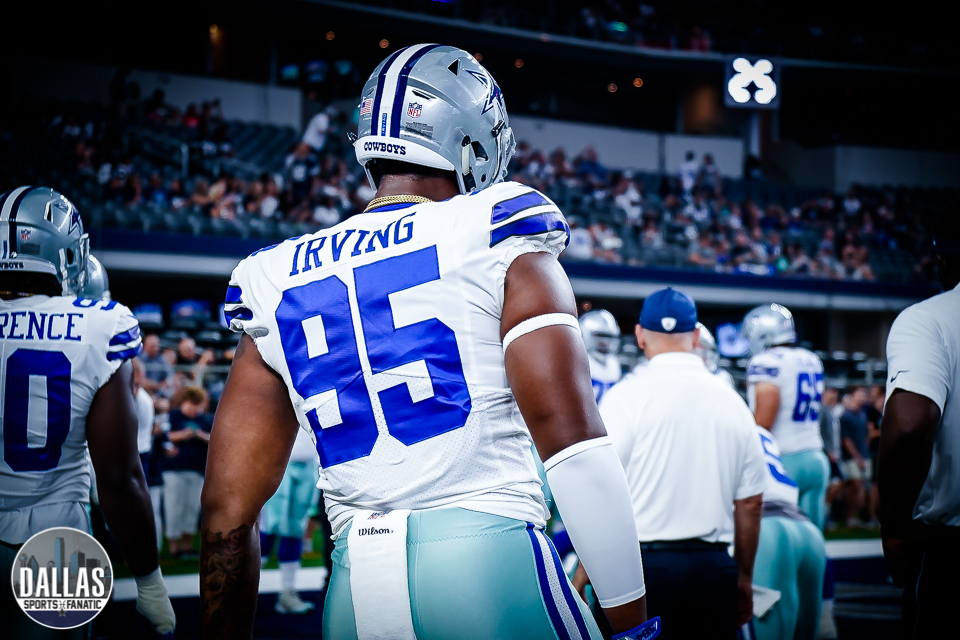 A Tale of Two Defensive Linemen

A Tale of Two Defensive Linemen

My mind goes to Charles Dickens’ classic novel, “A Tale of Two Cities,” when I think of the circumstances surrounding both Gregory and Irving. Not necessarily the characters and plot of the 19th century novel, but, more so, the themes of restoration and transformation explored throughout the book. This may be my inner literary nerd making a far-fetched reach, but let’s compare the paths that these two troubled, albeit talented, defensive linemen have journeyed in their respective careers, and how one could possibly learn from the other.

As early as 2014, Gregory, a stellar defensive end out of the University of Nebraska, was projected to be a top five pick in the 2015 NFL Draft by several mock drafts. His stock spiraled however, after failing a drug test at the NFL Combine.

That same year, Irving was home in California reflecting on his career and watching his former team, the Iowa State Cyclones, finish with a 2-10 record. He was dismissed from the team after being charged with fifth-degree theft, disorderly conduct and criminal mischief following a riot at a student run festival. Just six months prior, Irving was charged with domestic abuse and suspended indefinitely. He missed one game before being reinstated.

The Cowboys selected Gregory in the second round of the 2015 NFL Draft, ending his slide at 60th overall. A relieved Gregory made a statement that showed signs of maturity and promise of redemption, despite criticism of the selection:

“I gave my word to them when they called me and they were about to make the pick and I promised them I was going to work my ass off for them so they don’t have to worry about me off the field,” Gregory said. “One of the big things I told them is I feel like I can be the piece that can get us to that next level, get us another championship. And I think they agree with that.”

Irving, on the other hand, signed with the Kansas City Chiefs in 2015 as a priority free agent, offering him a second chance at a career that he wasn’t sure he’d get. His sentiments were similar to his counterpart:

“I made the mistakes I made — I just want to convey that is part of my past, I moved on from there,” Irving said. “I’m a better man, learning from my experiences, and here I am now.”

So, it began. Gregory played 12 games his rookie season, missing four games due to an ankle injury. He still managed to show flashes of the elite pass rusher that the Cowboys were hoping to get, finishing the season fourth on the team for most quarterback rushes.

Irving was signed by the Cowboys from the Chiefs’ practice squad late September 2015 to replace Davon Coleman. His play was limited, but he made quite the impression. Most memorably, perhaps, was his blocked field goal against the Seattle Seahawks that, according to leading NFL writer Peter King, “very nearly saved the Cowboys’ season.” Irving suffered a wrist fracture in week 16 against the Bills and finished the season on the injured reserve list. Both players, however, had managed to survive their rookie season without a slip up.

Then, there was the offseason.

In February 2016, the NFL announced that Gregory had been suspended for the first four games of the 2016 season after violating the NFL Policy and Program for Substances of Abuse. This means he failed four drug tests. Ten more months were tacked on September 2016 after he violated the policy, yet again. The then-second year pass rusher played two games in 2016. By January 2017, Gregory had struck out, and the NFL suspended him for a year.

Irving had a 2016 season that showed just how good he could be on defense. He had a particularly stellar game against the Green Bay Packers in Week 6 where he had three forced fumbles. His 2017 season started off with a four-game suspension due to performance enhancing drugs, but it certainly didn’t stop his momentum from the previous season. Irving only played eight games (he missed the last four games because of a concussion) and finished the season with eight sacks and six pass deflections.

Fast forward to today, and their paths continue to link. Gregory, for example, is in the same position that Irving was in just three years ago: hoping for a second chance at his career. There’s that restoration theme.

Last week, reports surfaced that Gregory was expected to meet with NFL officials, including commissioner Roger Goodell, to discuss his return to the league. The 25-year-old applied for reinstatement in May after spending over six weeks in counseling and intensive drug and alcohol rehab, according to NFL Network’s Ian Rapoport.

ESPN’s Todd Archer reported that Tyrone Crawford, Sean Lee and Jeff Heath wrote letters of recommendation for Gregory to the NFL, and Jerry Jones had some positive words to say:

“I have been proud of Randy during this offseason,” Jerry Jones said May 9. “I’m very aware of how hard he’s working to get back in the league and get back on the field.”

Meanwhile, Irving is in the same position that Gregory was in just three years ago: a hyped talent with high expectations for the upcoming season… then BOOM…drug test. This is the transformation theme. A need for change.

Just days after Gregory’s news broke, Irving was slapped with another four-game suspension for violating the NFL’s substance abuse policy. Months prior to that, a former girlfriend accused the 24-year-old of domestic violence. His accuser later retracted the statement, and Frisco, Texas police concluded their investigation. The NFL, however, is still looking into it. To add, Irving recently gained custody of his daughter.

“There’s more to my life than just football,” Irving said. “I’m actually a real person. I have family issues, a lot of issues I’ve been dealing with. I can’t go into much detail. Just know it’s behind me. By the time the season starts, I won’t be dealing with any of this BS anymore.”

The shelf life of an NFL player isn’t very long. Gregory has played in 14 NFL games since 2015, and Irving has yet to play a full season. It’s anyone’s guess how Gregory will fare if reinstated, considering how long he’s been away. But, wouldn’t it be satisfying to finally see what Gregory is capable of?

Irving’s suspension is possibly the most frustrating because no one can replace the talent. He is, however, eligible to practice in offseason and preseason practices/games. So, it is possible that he could pick up where he left off in 2017, and be a force.