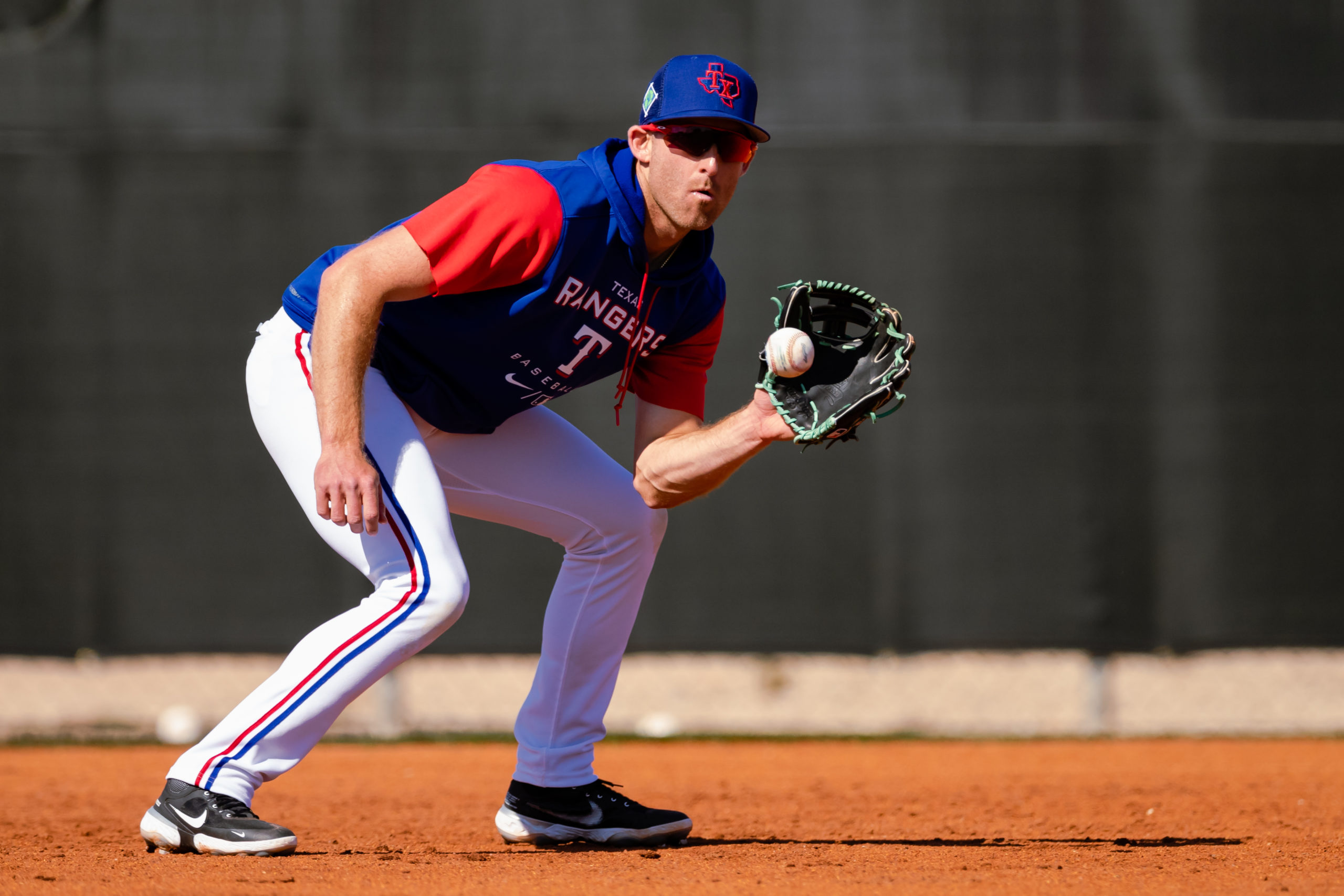 Breaking down the various nicknames for the current Rangers

Breaking down the various nicknames for the current Rangers

At one point, we’ve all had our nicknames. While it’s simplistic like myself (people say my last name), or there’s more thought put into it, athletes have nicknames tied in. With the idea of Players Weekend back in 2018, the league allowed players to wear their nicknames on the back of their jerseys for a weekend. So last week, I scouted around the Rangers roster with posted nicknames. Some were self-explanatory, but a few stood out as intriguing. Below is a list of nicknames on the MLB.com site, with some further explanations on a few.

Here’s the heartwarming story about Brett Martin’s tribute to Joey Seaver, a pitching coach Brett worked with since his freshman year of high school.

Brad Miller told me the nickname originated when he was with the Seattle Mariners. While born in Orlando, Miller grew up in Windermere, Florida, an honor to his hometown. The “J” stands for “Johnny,” Miller told me, similar to Johnny Football. So his full nickname is Johnny Windermere. Yes, I’m aware Miller’s first name is not Johnny, but hey, Johnny Windermere sounds like a Superhero, to be honest. “One of the older guys came up with it, so that was my alias in Seattle, on the road,” Brad said.

Charlie Culberson is a family man, and his nickname is an acronym for his three kids and his wife, Sarah. His three kids’ names are Ace, Collins, and Everly. Yes, the three kids first and his wife at the end, and you get ACES with ironically Charlie and Sarah’s first son named Ace. Martín Pérez grew up in Las Matas which is a small town located in Guanare, Portuguesa in Venezuela. The nickname is an homage to his hometown, Las Matas. The nickname reminds him of where he’s from. “The people who watch me grow up and watch me make my goals, I want to let them know that they’re here with me,” Martín told me.

Most will associate this nickname with former Atlanta Falcons, now Indianapolis Colts, quarterback Matt Ryan. In 2019, Bush talked about the nickname. He said a few people called him Matty Ice, and he stuck with it.

Officially known as Gray Wolf, it pertains to a tattoo he has of a Celtic-designed wolf paw. The letters G-R-A-Y spell out. As a result, he can have his tattoo come to life with words.

Like most of our nicknames, they originate from elementary to high school. For Mitch Garver, Garv Sauce became a thing because someone in high school called him Garv, and his friends used totally cool phrases like “Cool Sauce,” as the young whippersnappers do. Combine that, and you have Garv Sauce.

Kole Calhoun changed his nickname in 2020 from Koleman to Kolesky when he went from the Angels to the Diamondbacks. In 2020, Calhoun said he had a friend call him Kolesky in junior college, which no one called him that before, then his dad and sister started using it. So it was inevitable after Diamondbacks starting pitcher Merrill Kelly called him Kolesky.

Rangers’ fans go gaga over the nickname El Bombi. I see t-shirts, chants, social media posts, the whole nine yards. But where did it come from? Well, last season García explained it came from a kid in Adolis’ neighborhood who thought his head looked like a lightbulb. The Spanish word for lightbulb is bombillo. Thus, El Bombi stuck with Adolis.

Only about half of the Rangers on their roster have posted nicknames. My task for you Ranger fans is to come up with nicknames for the others. Some are already in tact (Great Dane – Dane Dunning,  Clifford the Big Red Dog – Sam Huff, Jonah Heim – Heim Time, and others).