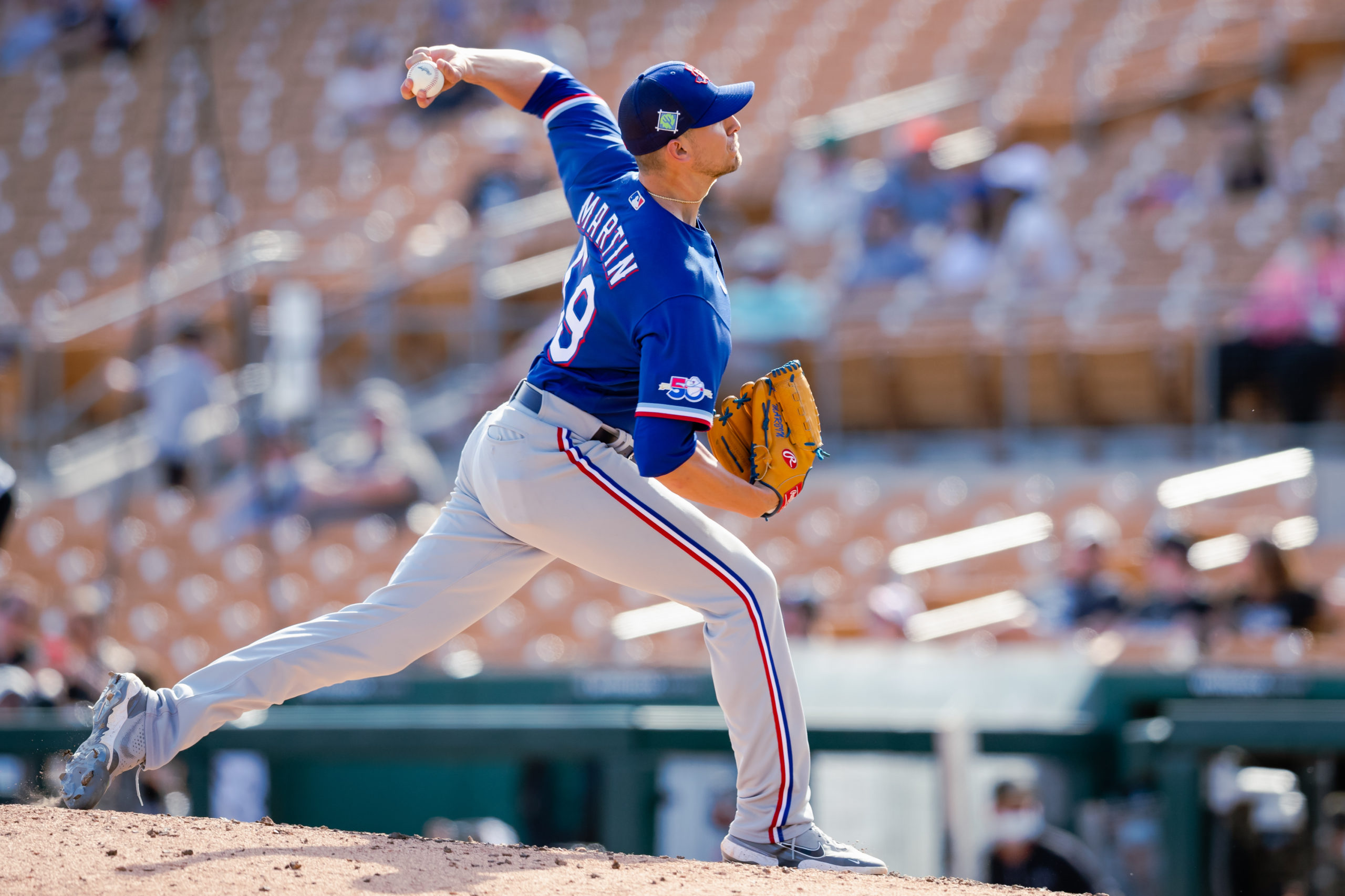 What Rangers Brett Martin’s nickname means to him

What Rangers Brett Martin’s nickname means to him

On the previous home stand, I looked up and saw some players’ nicknames on their MLB page. Some were self-explanatory while others, to me, didn’t make sense at the time. My curiosity sparked as I went to a few players asking them about how that nickname came about. Once I got to Brett Martin and asked him about his nickname, Joey Seaves, with the backstory behind it, it got me emotional.

Joey Seaves stands for George “Joey” Seaver, a pitching coach Brett worked with initially when Martin was a freshman in high school. At the same time, Seaver was a pitching coach at Walters State Junior College in Morristown, Tennessee. “He was somebody that helped me a lot as a young pitcher,” Martin told me. “[He was] somebody that I looked up to and was the nicest human being in the world. He was the best.” Then when Brett went to Walters State, Seaver took a job with the Rangers as a pitching coach for the ACL Rangers (rookie ball); therefore, the excitement of working with Joey Seaver at Walters State for Brett Martin diminished as Seaver moved on.

However, things happen for a reason. Five months after Joey Seaver took the Rangers rookie ball pitching coach job, the Rangers drafted Brett Martin in the fourth round (2014). Martin went to rookie ball and worked with Joey Seaver again, lone and beheld.

After the 2015 season, Seaver moved on to coach the Spokane Indians for two seasons and the Bristol Pirates in the 2018 season. Brett talked about the time in the 2018 offseason when he came off a struggling season. He finished 2018 with a 7.28 ERA in Double-A Frisco. “I told [Seaver] I was like we need to get back to the basics [and] get back to what I was doing,” Brett said. So, they met and played catch.

Brett said when they met up in the 2018 offseason, it was the first time they had talked in a long time. “We talked for about two and a half hours, not once about baseball. Then we started playing catch and talked about baseball.”

A week later (December 2018), Joey Seaver passed away from a heart attack. “I was about to text him a few days after he passed. In my head, I was thinking I’ll text him and say hey, when do you want to meet up again, then I found out he passed away.” Fast forward to August 2019, when the Rangers were in Chicago for Players’ Weekend, Brett Martin’s nickname was “Joey Seaves” on the back of his jersey. “I wanted to do something for [Joey Seaver],” Martin said. “[I] put that on the back of the jersey, and his wife and son were able to come to the game in Chicago and enjoy that.” Martin pitched that Sunday and threw an inning and a third scoreless during that weekend, allowing two hits and striking out two. He inherited two runners in the seventh and got Yoan Moncada to ground out to end a further White Sox scoring threat. Brett says he still keeps in contact with the Seaver family. “I know she’ll follow me, check up on me, [and] see how I’m doing. I’ll ask her how she’s doing.”

Brett Martin made his major league debut for the Rangers the following season. He pitched a scoreless ninth inning on April 19th against the Houston Astros. “One thing he always told me is just be Brett Martin. Just keep it simple.” In his four seasons with the Rangers, Brett Martin threw 155 innings with a 3.77 ERA in 151 games he appeared in. Martin held the top spot in appearances in 2021 and currently leading Rangers’ pitchers in most games appeared this season. Brett finished second on the club in appearances behind Jose Leclerc in 2019. Brett Martin continues to be the left-handed staple in the Rangers’ bullpen.

Joey Seaver’s teachings, influence, and what he brought will always stick with Brett Martin. “I think, and I believe that if [Joey Seaver] didn’t introduce me to all those things, at a young age, pitching-wise and the knowledge he was able to give that early [in] my life, [and] helped me out, and it worked for him, I don’t think I would be here.”