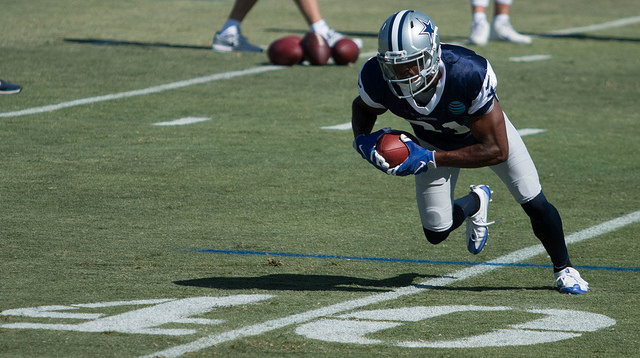 Cowboys kick off first day of training camp practice: Here’s what you missed

Cowboys kick off first day of training camp practice: Here’s what you missed

The Dallas Cowboys wrapped up the first day of training camp and it was uneventful as expected, but boy does it feel good to see some Cowboys football again.

Routinely, the first practice is non-padded and is treated as a warm transfer into the new season. Yet some way, somehow, OL Chaz Green was carted off the field with medical staff at the end of practice.

Fortunately, it was not an alarming matter— you can breathe. Per Cowboys writer Rob Phillips, Green is no stranger to experiencing dehydration during practices and ended today’s practice with an IV.

As for the rest of practice, here are some Twitter clips to lift your football spirits:

This insight from Garrett speaks volumes about the team’s new culture.

One benefit of having such a young roster is Jason Garrett says there'll be fewer players whose workloads need to be managed. Garrett listed Sean Lee, Tyron Smith & DeMarcus Lawrence as guys they'll be sure to monitor. But it's not as big an issue as in years past. #cowboyswire

I am living for this duo.

Dak to his potential number one receiver?

Welcome, Kris Richard. We’re happy to have you.

Safety Kavon Frazier is currently on the active/ non-football injury list as he undergoes testing for a potential blood clotting issue. It will be a few days until the Cowboys have solid medical information as to how to proceed with the situation, but of course Frazier’s best interest is prioritized in the matter. Frazier will not be participating in team practices until he is medically cleared, which will hopefully be within the next couple of days. Terrance Williams took part in the walkthrough today but will be limited at the outset of practice.

Keep in mind, Cowboys Nation, these first few practices will be to get a better feel of the guys who haven’t quite solidified a place on this roster, but also to get these guys back into the groove of things.

It’s going to be a fun few weeks from now until August!