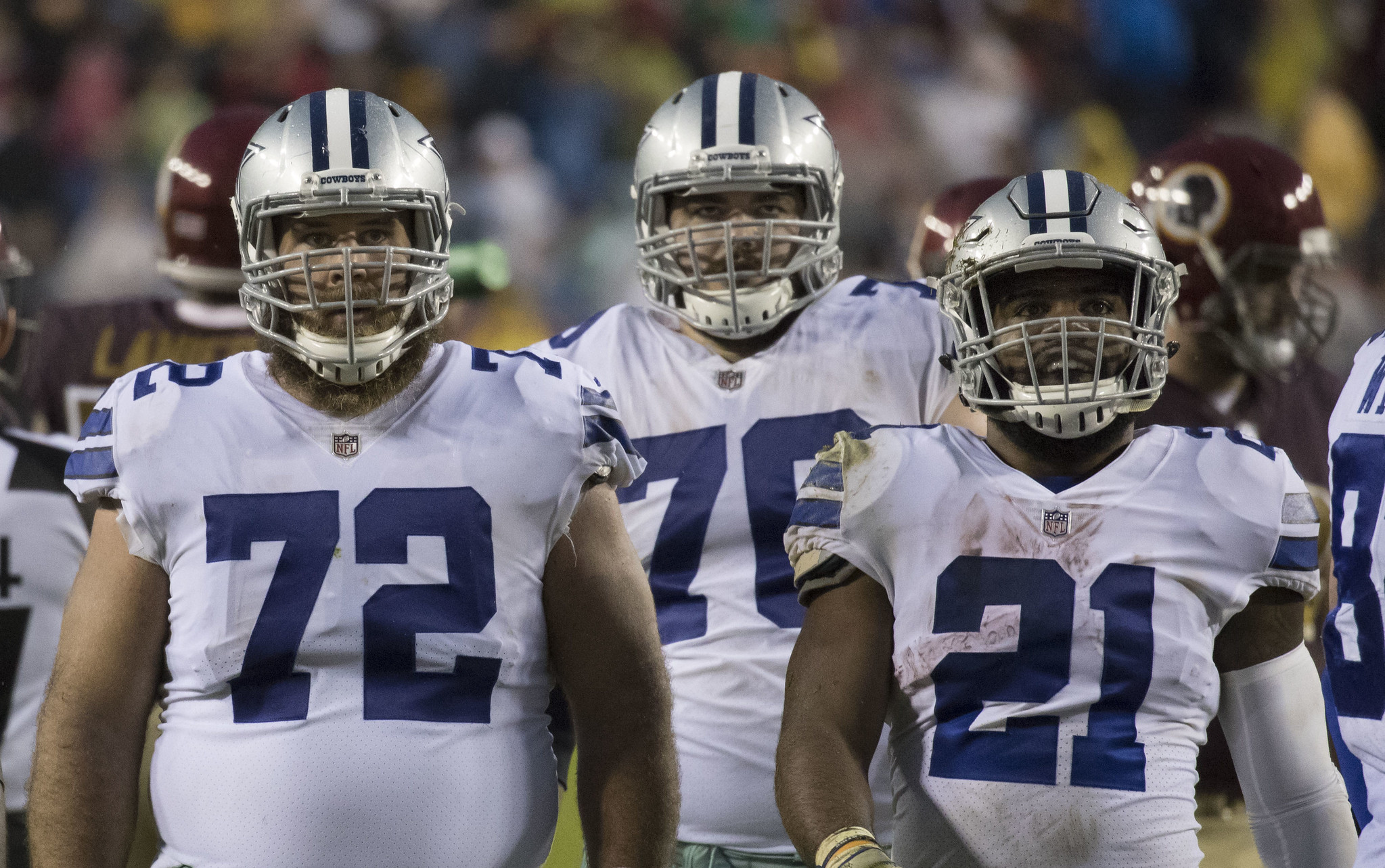 You can never escape your true identity.

Tyron Smith will be making his seventh overall and seventh consecutive trip to the Pro Bowl. This year’s selection moves him past Rayfield Wight for most Pro Bowl selections by a Cowboys offensive tackle.

Zack Martin makes his sixth overall and consecutive trip to the Pro Bowl. His six places him behind Larry Allen (nine) for most selections as a Dallas guard.

Travis Fredrick returns to the Pro Bowl for his fifth selections after missing the entire 2018-19 season. He is currently tied with Andre Gurode for most selections by a Cowboys’ center.

And Ezekiel Elliott will make his third overall trip to the NFL’s all-star game this year.

The obvious man missing is the NFL’s second-leading passer Dak Prescott. Prescott sits at 4,334 yards passing with 26 touchdowns on a 65.5 completion percentage.

A Pro Bowl snub? The majority says yes. However, Prescott’s absence from the initial Pro Bowl class boldly symbolizes the lack of belief some still have in him. It also fairly illustrates what many still believe the true identity of this team is.

Also absent is Amari Cooper, who has compiled 1,089 yards and eight touchdowns this season. With injuries and Super Bowl absentees sure to play a role in the final Pro Bowl rosters, it’s not far fetched to believe both could still find their way onto the roster.

The Pro Bowl will be played Sunday, Jan. 26 at Camping World Stadium in Orlando, Fla.