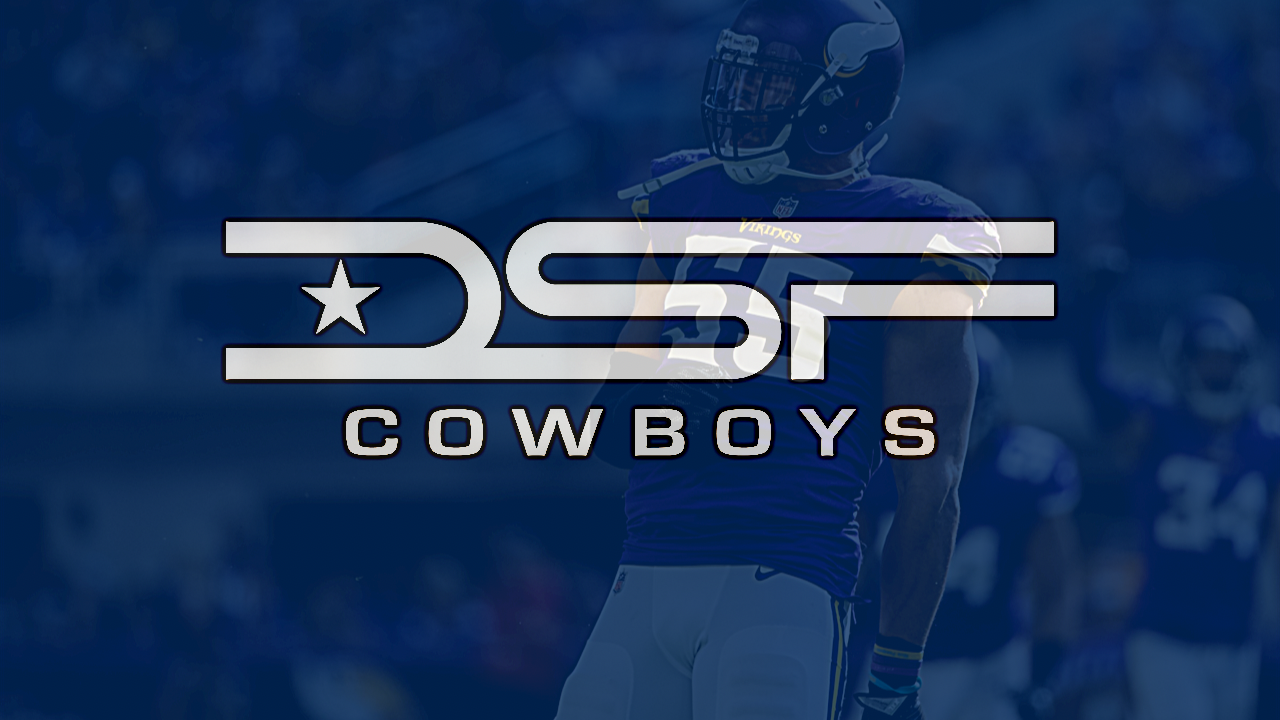 After months of rumors of mutual interest between the two parties, the Cowboys finally signed Anthony Barr. The four-time Pro Bowler adds some much-needed depth and experience to the linebacker room.

News broke late Wednesday afternoon that Barr would officially be a Cowboy on a one-year, $2 million contract that can be worth up to $3 million with incentives. Barr and the Cowboys were linked throughout the offseason, and Juwan Lee and I actually discussed this possibility in our training camp mailbag a couple of weeks ago.

The 30-year-old linebacker had discussions with the Denver Broncos as well, but ultimately it was his connection to current Cowboys defensive assistant George Edwards that helped Dallas land the veteran.

As @RapSheet notes, Barr’s connection to George Paton had him in play with the #Broncos but it was another former #Vikings George who pulled him to the Cowboys in former MIN DC George Edwards, now a defensive assistant in Dallas.

Injuries have plagued Barr since his last Pro Bowl season in 2018, as he has missed 22 games over the last three seasons. He was largely healthy in 2019, but a torn pectoral muscle in Week 3 of 2020 cost him the rest of the season, and a knee issue caused him to miss a handful of games in 2021.

Barr isn’t at his Pro Bowl form anymore, but can still be a contributing player on a good defense in a limited role. Dallas is an ideal situation for Barr since he will be a part of a deep group and won’t be leaned on too heavily. A limited (but effective) role might be the best way to keep Barr healthy and maximize his usefulness.

Barr is a huge linebacker with pass rush upside. His 6-5, 255-pound size combined with his great speed is an asset to any defense, especially one that is run by a creative defensive mind like Cowboys defensive coordinator Dan Quinn. Coming out of the draft in 2014 he tested incredibly well, with a 90th percentile broad jump, 99th percentile 40-yard dash (4.41), and a 93rd percentile 3-cone. He obviously isn’t that type of athlete anymore, but that gives a perspective on what kind of traits he has.

Over the last three seasons, here is how Barr was graded by Pro Football Focus:

I'm an idiot who forgot that Anthony Barr barely played in 2020, so here is how he's fared in PFF's stable metrics for LB over the last 3 years. #Cowboys pic.twitter.com/So5MT6LTAo

In 2021, Barr played 11 games and recorded 72 tackles with 2.5 sacks and three interceptions. Per his snap counts, he played mostly at outside linebacker but has plenty of versatility. He is a good run-and-hit linebacker but has struggled some in coverage as he has aged. Overall, he is a welcome addition to a linebacker room that includes Micah Parsons, Leighton Vander Esch, and Jabril Cox. With Jayron Kearse also playing a ton in the box, Dallas has to feel good about its defensive front heading into the season.

This signing not only makes Dallas better due to Barr’s skillset, but will also help the rest of the linebacker room. Vander Esch has reportedly had a great start to training camp and appears to be in much better shape than in 2021. With his injury history, added depth cannot hurt. Cox is coming off a torn ACL he suffered early in the 2021 season. While he is an exciting prospect that Dallas is truly excited about, the addition of Barr gives Dallas some flexibility to manage Cox’s workload as he gains his first real experience in the NFL.

Most importantly, this move gives Dallas the linebacker depth needed to give Dan Quinn the flexibility to deploy Micah Parsons however he sees fit. Any sort of injuries to Vander Esch or Cox would have forced Quinn to limit how much he deployed Parsons as an edge rusher. Now with LVE/Cox/Barr and Kearse helping out on the second level inside the box, Quinn will be able to maximize the Defensive Player of the Year candidate’s talents.

Overall, Barr is a cheap, high-upside veteran signing. Expectations should be managed given his age and recent injury history, but he is, at the very least, sorely-needed depth and experience in the linebacker room. After months of rumors and flirtation, Barr will report to Oxnard as a member of the Cowboys.