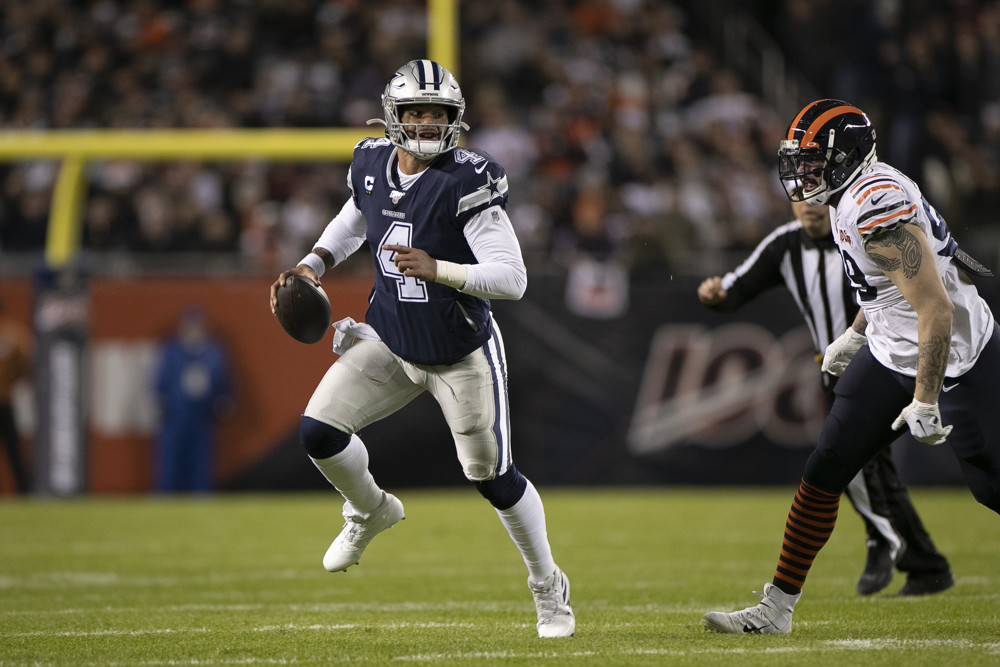 It’s almost hard to believe that NFL training camps are scheduled to open in about six weeks with everything going on in the world.

Since teams are still not allowed at the facility, the NFL extended its virtual offseason program to June 26th. Coaches were able to return to the facility starting June 5th as long as local state government officials allow them to do so.

Here are six questions for the Dallas Cowboys before they head to training camp.

Will there be a training camp at all?

You have to start everything related to sports with this question. The NFL is still operating as if there will be a season and it will start on time.

All we know at this point is all NFL teams will hold training camps at their own facility so the Cowboys will not be traveling to Oxnard, California this year.

Baltimore Ravens head coach John Harbough says the guidelines the NFL has in place at this point are “impossible” to follow.

How were guys able to handle the virtual offseason?

Some NFL teams have went different routes as far as their offseason programs. The New Orleans Saints skipped out entirely and will wait for training camps to open. Some other teams have shut it down early after not getting the results they seek from the zoom meetings.

The Cowboys have a new coaching staff and feel the zoom meetings will allow the team to hit the ground running whenever training camp starts.

We have been doing this song and dance for over a year now and there hasn’t been a whole lot of progress. Prescott still wants his five year deal and the Cowboys remain adamant on the fifth year.

I am operating as if a long term deal will not be reached between Dak and the Cowboys before the July 15 deadline and we will be left with questions on whether or not the quarterback will report.

Can Ceedee Lamb overtake Michael Gallup as the #2 receiver?

Sitting here in the middle of June, it’s still amazing to me that Lamb dropped to the Cowboys at 17. With the lack of on the field work, rookies will be at somewhat of a disadvantage and it may be tougher for Lamb to come in and make an immediate impact in training camp.

How will the Cowboys replace Byron Jones?

Remember, Chidobe Awuzie is expected to move to safety.

How different will the offense be? Impact of the Travis Frederick retirement

There is no doubt the Cowboys will have a good offense this season. There are some questions that I have heading into camp.

How will the Cowboys deal with the loss of Travis Frederick? How will Mike McCarthy leave his fingerprints on the offense?

Regarding the retirement of Frederick, the most depth the Cowboys have at any position is on the offensive line and scouts will say that Frederick wasn’t his All-pro self last season but that is still a major hole that the Cowboys will have to fill this season and the sooner they know exactly who will fill those shoes, the better they will be from a continuity standpoint.

The thing I am most interested in from the McCarthy angle is how they will go about attacking defenses after being predictable for the last decade under Jason Garrett.

Mike McCarthy talked a big game about the homework he did during his year away from the NFL and it’s almost time to see how that homework translates on the field. While McCarthy won’t call the plays, his fingerprints will be all over the offense and I’m excited to see what changes he has in store.