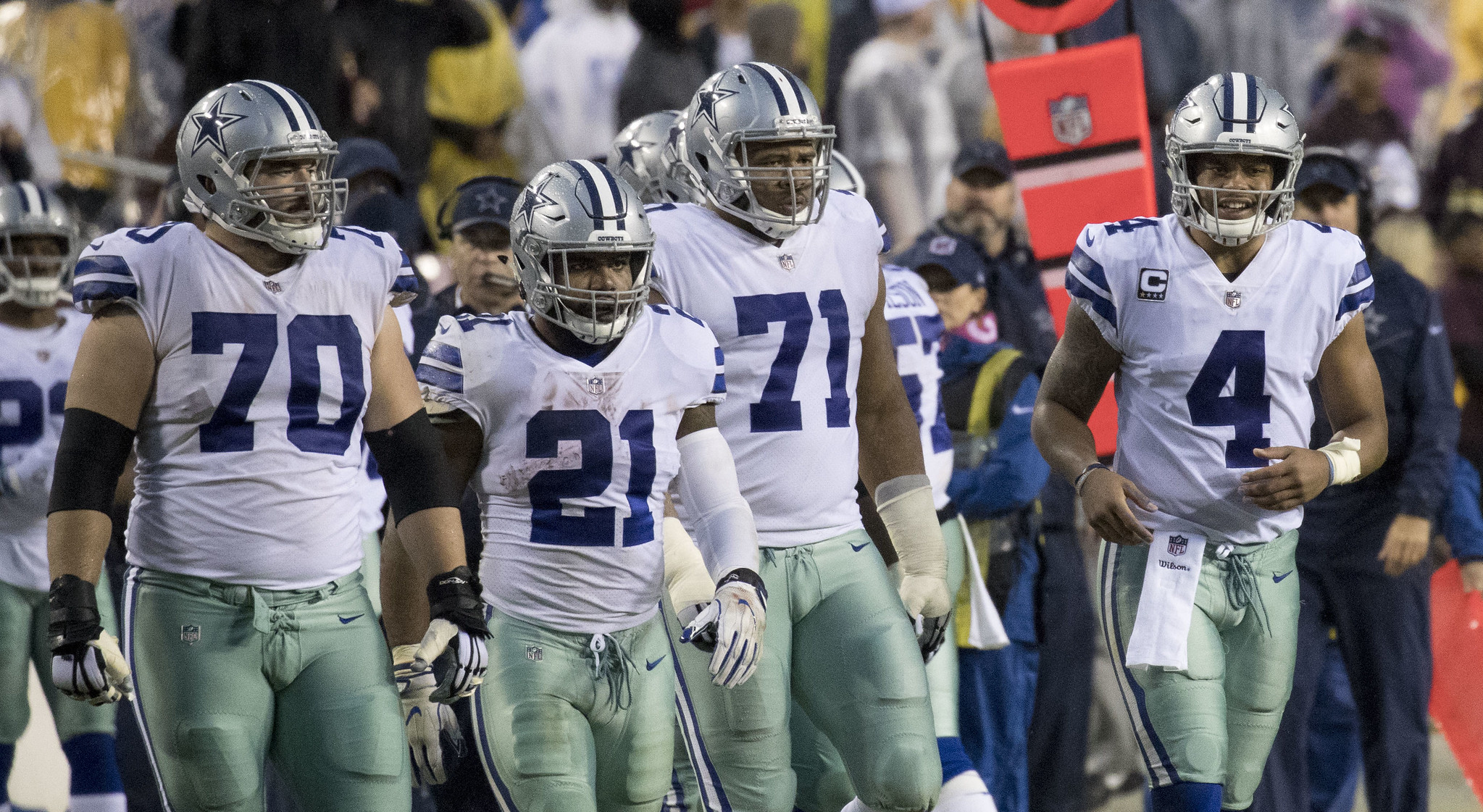 The Dallas Cowboys snapped a three game losing streak with a dominating 44-21 win over the Los Angeles Rams on Sunday. The 7-7 Cowboys take on the 7-7 Philadelphia Eagles with a chance to clinch the NFC East for the second straight season.

Dak Prescott, La’el Collins and Amari were all left out of the Pro Bowl but I would imagine they will all be on the roster once all the alternates are announced.

Jourdan Lewis recorded his 4th sack on Sunday, which is tied for the second-most in Cowboys’ history by a defensive back.

Prescott was listed as limited at Wednesday’s practice due to a right shoulder injury that is not expected to keep him out of Sunday’s game.

With the Cowboys banged up at the linebacker position, former Super Bowl MVP Malcolm Smith was signed on Tuesday and the hope is that he can play Sunday.

The Cowboys offensive line has been somewhat disappointing during the 2019 season based on the standards they have set in the previous years. Sunday was a different story, the Cowboys rushed for 263 yards and held all-pro Aaron Donald in check. Elliott and Tony Pollard both rushed for over 100 yards in the same game for the second time this season.

There is no doubt that Sunday was the best game that we have seen from Sean Lee this season. He recorded a sack for the first time since 2015 and his 4th sack in his career along with his 14th career interception. The 14 INTs are fourth all-time in Cowboys history by a linebacker. Antwaun Woods also deserves some credit for setting the tone for the defense and holding Todd Gurley 20 rushing yards on 11 carries.

After cutting Brett Maher, Kai Forbath made all three of his field-goal attempts, including his first from 50+ yards since 2017. However, Forbath did kick two kickoffs out of bounds during the game. Field position has been a big issue for the Cowboys this season and has played a part in why the team is 7-7 heading into Week 16.

Michael Bennett has been a positive since being acquired from the New England Patriots. He leads the team in sacks since the bye week with four. The reason his stock is down is because of his inability to line up correctly for whatever reason. Since being acquired, he has committed seven defensive offsides/neutral one infraction/encroachment penalties. On Sunday, it cost the Cowboys a chance to get off the field.