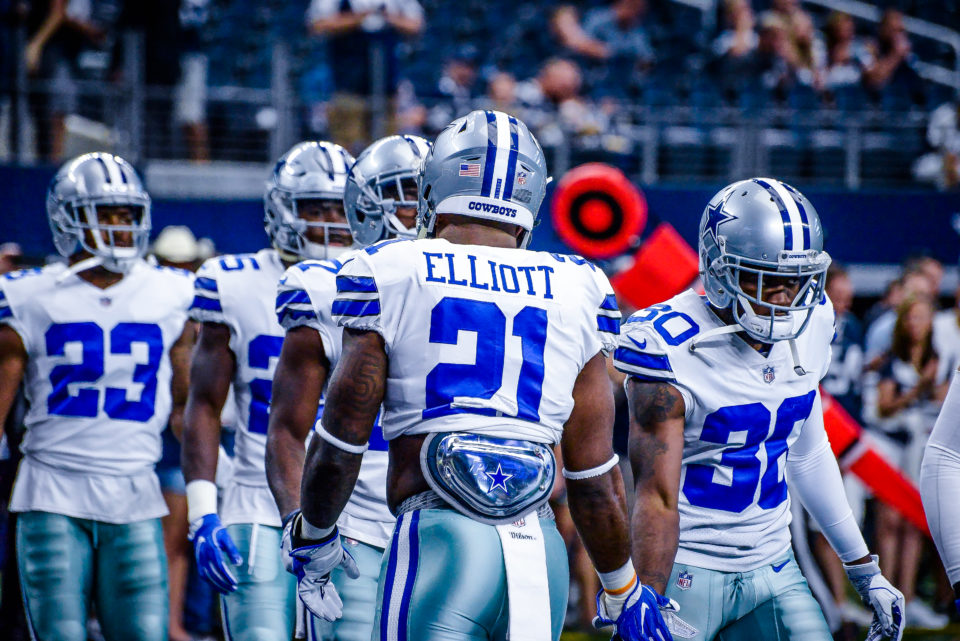 The Dallas Cowboys find themselves at 2-2, facing a showdown against Aaron Rodgers and the Green Bay Packers. Who’s stock has gone up? Who’s is dropping?

It was a very frustrating second half for the Dallas Cowboys Sunday afternoon as they fell to 2-2 against the Los Angeles Rams. The Cowboys dominated for the most part in the first half, yet they were only up by eight points heading into the locker room. They were only able to score six points in the second half.

Elliott had his best game of the young season against the Rams. The second year running back at 21 carries for 85 yards and a touchdown. He also got involved in the passing game, catching 4 passes for 54 yards and a touchdown. Elliott has been in the news a lot in the first four weeks of the season, from his off the field stuff to people questioning his effort in the Broncos game to people saying he looks like he lost a step or might not be in shape. His slow start is more on the defenses the Cowboys have faced more than his talent diminishing.

Woods is quickly climbing up the names you have to know on the Cowboys. When he is on the field you can count on him being around the ball. He has the ability to cover and the ability to lay a big hit without comprising his ability to make a tackle. His instincts are developed well beyond his years.

Lewis has made his presence felt now back to back weeks. He has shown great coverage ability and the most impressive thing I have noticed through two full games with Lewis is his ability to make open field tackles. Tackling has been a huge question mark so far in both losses for the Cowboys.

Coming into the season there were a lot of high hopes for Jeff Heath. He was coming off the best game of his life against the Packers in the playoffs. That game alone had a lot to do with the way the Cowboys approached the offseason, letting Church and JJ Wilcox go. On Todd Gurley’s 53 yard touchdown, Heath had a chance to make the tackle and completely whiffed and allowed the rams to go ahead for the first time in the game.

Switzer was involved in the most important play of the game. Up 17-6, Switzer decided not to call a fair catch with three defenders in front of him, instead muffed the punt and set the rams up to get more points on the board. If he calls the fair catch and allows the Cowboys offense to get back on the field the way they were rolling, that game probably goes in a different direction.

“It’s not the first time and it won’t be the last,” Switzer said of his muffed punt. Mistakes are bound to happen but that’s not quote you want after such a game changing play.

There is a lot of blame to go around on why the offense hasn’t been as consistent as a year ago. This team goes as the offensive line goes. They lost 40 percent of their line during the off-season and a group that was one of the best the last few years has turned in mediocre performances thus far in 2017. Dak Prescott has caught a lot of heat through four games but when your offensive line isn’t playing well, I wouldn’t expect the quarterback to play well.