MFFL’s and NBA fans got their early Christmas presents Thursday when the NBA released its 2016-2017 schedule. No more wondering when and where the Mavs will begin their season.  No more sleepless nights pondering when Dallas will get their first crack at taking down the”Splash Family.”  All the answers are here.

Here’s a month-by-month breakdown of the 2016-2017 Dallas Mavericks schedule:

Dallas begins the season strangely early on October 26th when they travel to Indiana to see Paul George, old pal Monta Ellis and the rest of the Pacers on opening night.  The home opener is two nights later against James Harden and the Rockets.

Former Maverick Chandler Parsons returns to Dallas November 18th after signing a $94 million contract with the Memphis Grizzlies this summer.

It’s a road heavy schedule for Dallas early on.  7 of the first 10 games are away from the American Airlines Center and this early season stretch is highlighted by a four game roadtrip that includes their first trip to Oracle Arena to face the headline-grabbing Golden State Warriors on November 8th.  Dallas will make their lone trip to Northern Ohio to see the defending champion Cleveland Cavaliers on November 25th.

Any good home games this month?  Chandler Parsons will likely hear the boo-birds in his first return to Dallas as a member of the Memphis Grizzlies on November 18th.  DeAndre Jordan will surely still enjoy plenty of ridicule when he and the Clippers make their first trip to Dallas on November 23rd.

There won’t be much time for the Mavs to enjoy the holiday season as they play more games in December (17) than in any other month this season.  It’s a month full of lengthy homestands and roadtrips.

Dallas will play 7 of their first 10 games of the month at home and then play 6 of their final 7 games on the road.  This is highlighted by a brutal stretch of 4 games in the 5 nights following Christmas with road games against the Los Angeles Clippers and their second and final trip to Bay Area to face the Warriors.

In the first month where the Mavs will have more home games than road games, this will be a key month to rack up some wins.  With only five games against teams that made the 2016 playoffs, pressure will be on Dirk Nowitzki and company to beat the teams they should.

LeBron James, Kyrie Irving and the rest of the champion Cavaliers make their lone visit to Dallas on January 30th.

Another important month for Dallas where they need to take advantage of a lighter portion of their schedule.  Just 11 games in 28 days.  Only one back-to-back the entire month and the debut of the extended All-Star Break (nine days between games).

Hassan Whiteside will have to face the noise for leading the Mavs and their fans on this summer when he and the suddenly rebuilding Miami Heat come to town on February 27th. 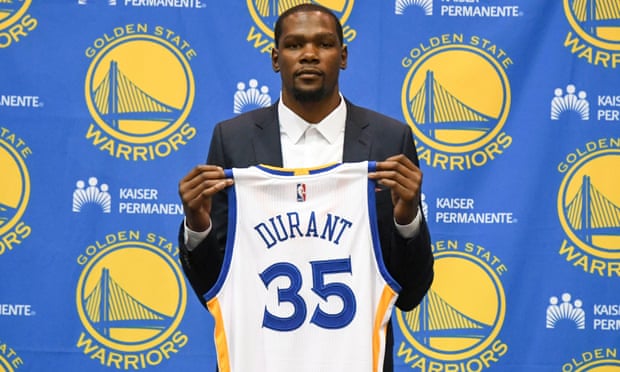 Kevin Durant, Steph Curry and the rest of star-studded Warriors make their lone trip to Big D on March 21st.

Six of the nine home games this month feature teams that made the playoffs last season and one tough homestand includes the only visit from Kevin Durant and the Warriors this season, a Toronto Raptors team coming off an Eastern Conference Finals appearance, the Los Angeles Clippers and the fascinating new-look Oklahoma City Thunder.  Russell Westbrook always seems to bring it against Dallas and he’ll certainly be playing with a chip on his shoulder this season following the departure of Durant.

If Dallas is going to make the playoffs, they’re going to need to leave themselves some wiggle room heading into this final month.

With such imbalance between road and home games in this final month of the regular season (they actually have a season long five game roadtrip from late March through early April), Dallas cannot afford any slip ups in road games against the likes of Jabari Parker and the Milwaukee Bucks, Harrison Barnes‘ Team USA teammate Demarcus Cousins and the Sacramento Kings and Phoenix Suns.

The Mavs wrap up the 2016-2017 regular season with a game in Memphis that will likely be important for playoff positioning.

At first glance, it’s a pretty roller coaster ride of a schedule for Dallas.  Only one roadtrip longer than four games, but there are three four game trips sprinkled throughout the schedule.  The same can be said for homestands.  It has the looks of a close to .500 season because anytime they get a tough stretch a bit of relief is offered.  Once they get comfortable, a four game roadtrip comes up.  Hopefully with Dallas’ younger roster, the players and Rick Carlisle’s coaching staff will be more equipped to handle any curveballs the schedule has to throw at them.