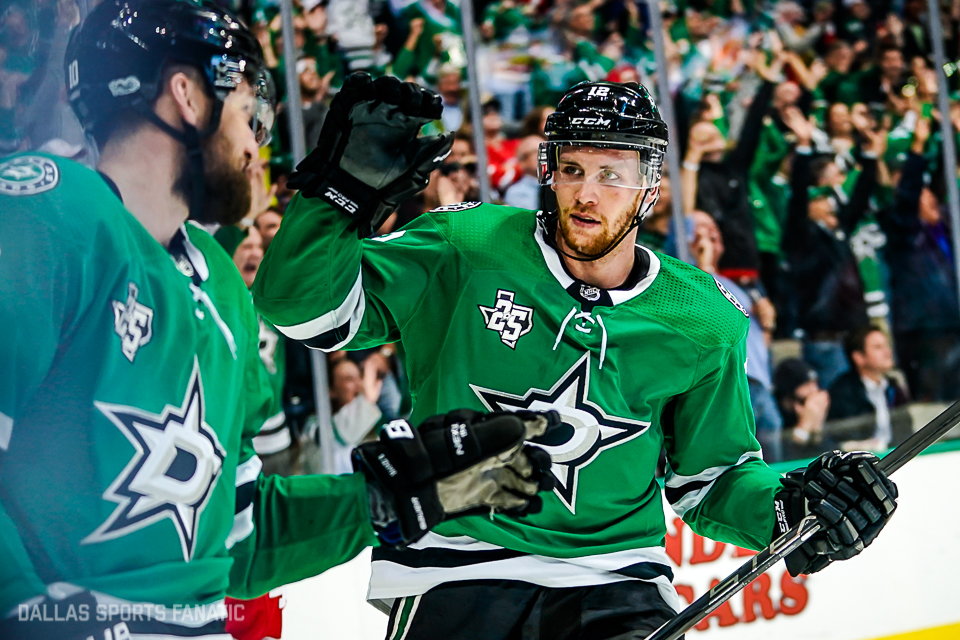 After a paltry 2-7-1 start to their 2019-20 regular season, the Stars have ripped off 8 wins in their past 10 games to get right back into the thick of the playoff discussion. At time of publication, Dallas sits just a point back of third place Nashville in the Central Division.

After the team had righted the ship with wins in 5 of its last 6 at time of publication in the last installment of this series, the Stars rattled off a pair of wins over oft-picked Stanley Cup Favorite Colorado, with a win over Montreal sandwiched in between.

This week, the team has played extremely well in a brief jaunt north of the border, grabbing a point out of an overtime loss to Winnipeg in a game they led most of Sunday, followed by a 3-1 wire-to-wire domination over last year’s Western Conference first seed Calgary Wednesday night.

Here’s a unit-by-unit overview of the Stars’ performance in the past 14 days.

Would you have believed it if anyone told you Roope Hintz would have nine times the amount of goals of captain Jamie Been? Hintz has been the heart and soul of the Stars offense, while Benn continues to struggle with just one goal in 19 games. Prized offseason acquisition Joe Pavelski has overcome a slow start with five tallies this season, including one last night against the Flames. Dallas’ unit as a whole has improved this month- the Stars are averaging 3 goals per game in five November contests.

Dallas’ backcheck was never a question coming into the season. But it’s been a huge reason why the team has succeeded in this calendar month. The Stars have allowed just  a single goal in four out of five contests in the past two weeks- the only exception in the loss to Winnipeg- and the Jets had an extra period to work. Even with the absence of John Klingberg, who was placed on injured reserve Tuesday and is at least a week away from returning, Dallas’ defense and penalty kill has been its strongest unit.

The Stars have one of the best goalie tandems in the National Hockey League, and the numbers back it up this season. Ben Bishop has started 13 games, and has allowed a miniscule 2.12 goals per game. Anton Khoudobin has been fantastic when called upon as well- only giving up 2.42 GPG. Dallas is the only team in the league with two goalies ranking top-15 in that stat.

It’s been hard to evaluate head coach Jim Montgomery to this point, but I mentioned in the last report card that the team hadn’t quit on him yet. That’s even more clear now. Wins over playoff contending teams in the past two week are a true reflection of Dallas’ true character. He’s done a great job adjusting Dallas’ lines and defensive pairings to adjust to its opponents, and countered for the loss of Klingberg. The second-year coach has responded well to the league around him, and most importantly, kept Dallas competitive when it looked like the team was lost out of the game.

Dallas is back in the playoff picture. But there’s still work to be done. The Stars got off to about the worst start imaginable, and have rectified it with a run not many saw coming. Now the question: can Dallas level it off, keep up what’s worked, and do enough to keep with the Western Conference heavyweights?