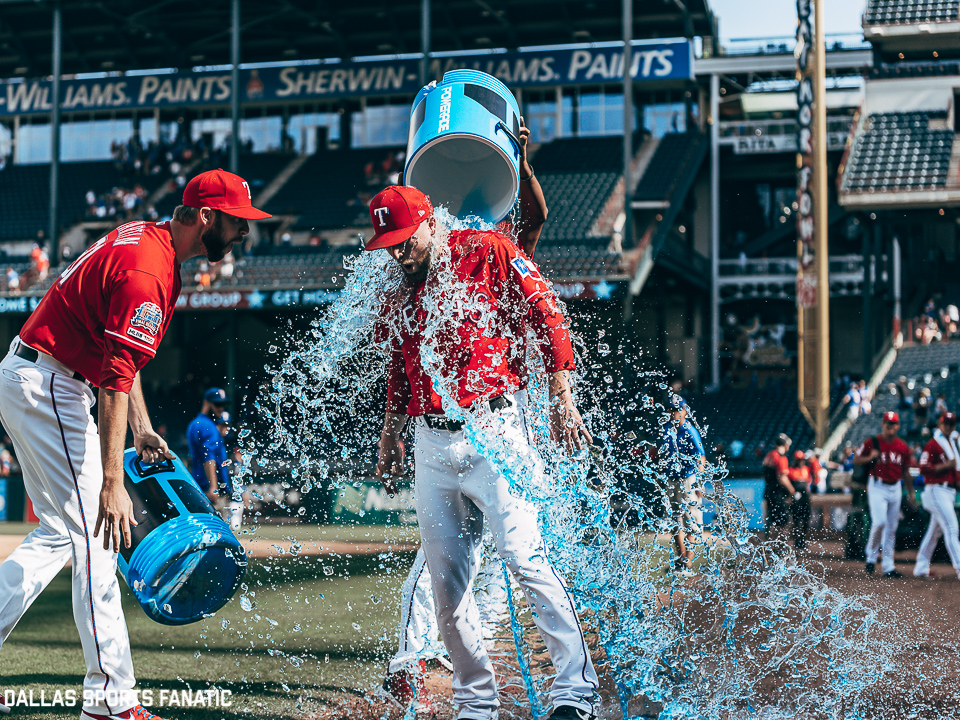 Defending/Improving Baseball: The inevitable battle for fans and MLB

Defending/Improving Baseball: The inevitable battle for fans and MLB

It’s already mid-June and the baseball season was supposed to start at the end of March. Life has gone on without it, albeit with plenty of real world issues occupying our time and brainpower, deservedly so. Is the average baseball fan taking a step back and saying, “You know, I can live without this stuff. It’s not as bad as I thought?”

What about that 20-something sports fan that can’t stand baseball? This whole shakeup certainly isn’t pushing them any closer towards liking it. It’s a horrible time for baseball to be going through the turbulence it is going through right now. Even the most die-hard fans have to be aware of all the flaws within the sport both on and off the field.

We gathered our Rangers staff to share their thoughts about the state of baseball: the imperfect game we love. Check out part one of this discussion from earlier this week.

What is the hardest thing about baseball to defend to your friends and family who don’t like it?
Alex Plinck: The pace of play is a nightmare to defend in the game of baseball. When people say it’s boring, I get where they come from. A couple of weeks ago, I watched Vincente Padilla pitch, and the time in between pitches is frustrating to watch. I don’t think a pitch clock would be a problem in baseball, but it could create issues with pitchers always stepping off the mound. I enjoy the long extra-inning games and think it is nice that there is no actual game clock. If a team is down by ten runs in the ninth, they have a shot to come back. However, with NFL, NBA, or NHL, if a team is behind by a boatload, and the clock is ticking down, there isn’t much they can do to mount a comeback.

Corey Douglass: There are two things that are always brought up by people that don’t like baseball. It’s the time of the game and the lack of action during games at times that turns people away and leads to them calling baseball “boring.”

Darien Clark: This is a great question. For me, it’s how slow and long the season is. Not one or the other, but the two combined. They have all brought interesting points and heated arguments. Whether it’s deciding on 3 hour games with 100 games a season or 2 hour, 7-inning games with the current 162-game season. Either way, there are plenty of ways to shift things up to make it more appealing to a younger, fast-paced generation. As for me, I want it to always remain the same. Give me a seat in the nosebleeds, with peanuts and a scoresheet all day everyday. Sure, call me old school, but the game of baseball is famously titled “America’s pastime” for a reason.

Dylan Duell: One thing I hate going to games with my wife and kids is having to worry about whether or not they’re having a good time. Something that would help them have a better time is if a game that started at 7:05 wasn’t only in the top of the third inning at 8:40. This doesn’t happen every night, but it is a major beating when it does.  Things just don’t move quickly enough in this sport and there’s no way to defend it. This makes it easy to just look at your phone or get up and walk around when you’re at the game and then it makes it really easy to change the channel during a pitching change when you’re watching at home. If I change the channel with the intention of coming right back, there’s a better than zer: chance I don’t come back for a while if I get caught up watching a few scenes from a movie I’ve already seen a million times. I’m not alone on that boat.

If you could change/add one thing to MLB to make the viewing experience at home/in person more enjoyable, what would it be?
Alex: I think either mic’ed up players or a dugout microphone for the fans to listen would be an excellent feature to initiate.  However, that could cause sign-stealing issues. MLB.TV does have a feature that allows the user to control audio settings and have PARK sound on. Add that to connecting surround sound, and the user can have a ballpark experience from their living room. I don’t think there’s much that can change in the ballpark to increase viewing experience. Globe Life Field creates a sense that the fan is closer to the action than Globe Life Park, which is one enhancement that newer parks will take.

Corey: Baseball is a sport where being at the game is far more enjoyable than watching on TV. From a TV standpoint, increasing the pace of play is definitely something that could help. One idea that has been discussed to some degree is limiting the amount of time between half innings to where you get right back to the action. The biggest obstacle to make that happen is pitchers warming up. MLB would have to figure out a way for pitchers to still be able to warm up or determine how necessary it is.

Darien: I fully believe the in-person game experience is so enjoyable. From the food, to the music, to the crowd interaction, to the game itself. Why not carry that into the household for the TV viewer. What would be interesting is an alternate streaming option via the website or service where there would be zero broadcasters, but you get nothing but the sounds of the actual game as if you’re there. Streaming via internet is a millennial’s all-time favorite and if baseball wants to continue to draw that fan base more in, then why not try and make a separate TV viewing experience. Sure, it’d be hard to bring the food too, but baseball teams, could incorporate like an “in-game care package” where some beer, hot dogs, peanuts and a lemon chill we’re delivered to your doorstep just before the game. Just another interesting idea that would help draw in the younger audience to learn to love the game. Also, in a day where food delivery service is a go-to, I could find it also very successful.

Dylan: There has to be more fun player interaction on TV broadcasts that show the fun side of the players. There is more than enough time before all home games for players to put their ego aside for a few minutes, have some fun, then roll those pieces throughout games. I don’t think having players mic’ed up all the time would be the best solution because sometimes a game is 9-0 in the top of the third and the right fielder whose wearing a mic isn’t going to give anything good in an interview while he’s out in the field. Do everything pregame where they’re still in a good (enough) mood and laid back. Baseball clubhouses move just as slow as the games does in the hours leading up to a game. Plenty of guys are just sitting around. There is time to make it work.