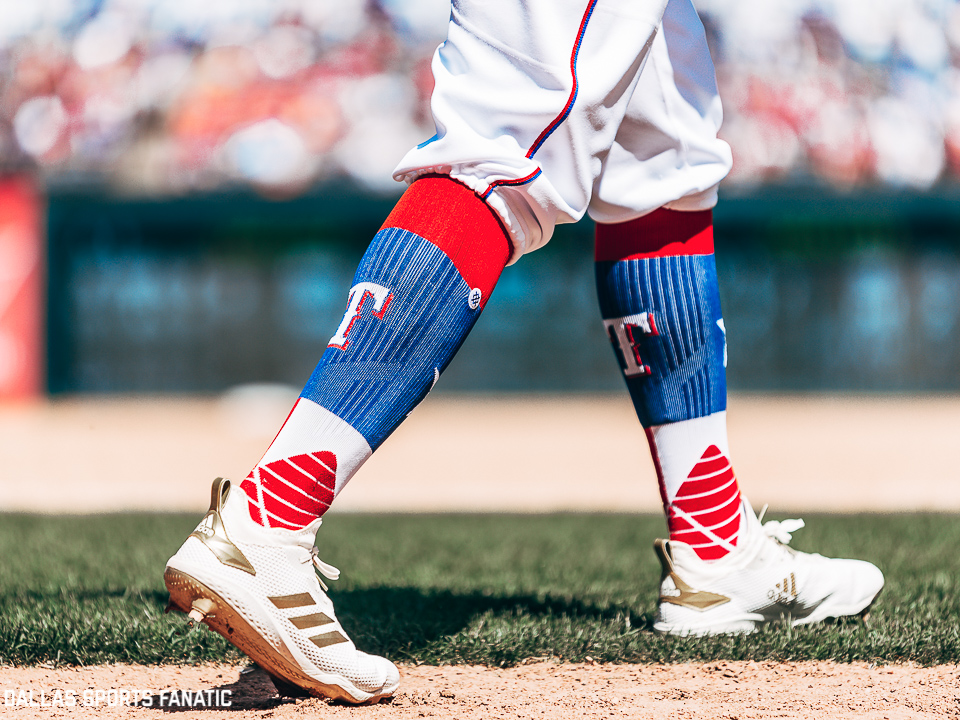 With the madness surrounding MLB, baseball fans take time to reflect upon their fandom

With the madness surrounding MLB, baseball fans take time to reflect upon their fandom

Will there or will there not be a 2020 Major League Baseball season? That has been the big discussion around the sport for the last month or two and the conversation has certainly turned as ugly as ever. It’s turned into owners against the players and both sides have certainly taken their share of PR hits throughout the battle. With recent days favoring the players in the public spotlight thanks to commissioner Rob Manfred backtracking on his previous confidence in the playing of a 2020 season, things are heated and it’s starting to look really uncertain if we’ll see any Rangers baseball at all this year.

It’s already mid-June and the baseball season was supposed to start at the end of March. Life has gone on without it, albeit with plenty of real world issues occupying our time and brainpower, deservedly so. Is the average baseball fan taking a step back and saying, “You know, I can live without this stuff. It’s not as bad as I thought?”

What about that 20-something sports fan that can’t stand baseball? This whole shakeup certainly isn’t pushing them any closer towards liking it. It’s a horrible time for baseball to be going through the turbulence it is going through right now. Even the most die-hard fans have to be aware of all the flaws within the sport both on and off the field.

We gathered our Rangers staff to share their thoughts about the state of baseball: the imperfect game we love.

How does your baseball fandom compare to what it was 10 years ago? Why has it increased, decreased, stayed the same?
Alex Plinck: I’d say my baseball fandom has remained the same between 2010 and 2020. While I have always been a Rangers fan, I was just a fan of baseball, watching whichever game comes on TV. I would spend Friday’s viewing tripleheaders with Cubs home games followed by a 6 or 7 pm game and then finishing with a west coach game. Today, it’s a little different. It’s mostly Rangers based, which is a good thing, but the viewing stays within the market. This season would have been the first season in 11 years, where I didn’t purchase an MLB.TV subscription.

Corey Douglass: Personally, my baseball fandom has not changed over the past 10 years. I grew up playing baseball so I’ll always love baseball. I haven’t been bothered by the different rule changes, but I will say I do miss the fundamentals of baseball, like stealing bases, going from first to third on a base hit and focusing on making contact over going for home runs, which has resulted in more strikeouts.

Darien Clark: As a fan of the great game of baseball for 27 years now, I could easily say my fandom has increased each year. In the last decade specifically, I have grown to know that my body can’t play it anymore, (or any sport to that matter) so I have watched more baseball than ever. Not playing means more time for watching, right? Also, within these last 10 years the Rangers saw two trips to the World Series, so that, of course, gave me even more of a kick to my fandom.

Dylan Duell: It’s tough to measure if my fandom has grown or decreased because I can come up with an argument for each pretty easily. 2010 me would do whatever it takes to watch most of all 162 Ranger games throughout the season. 2020 me has a wife and kids that make that virtually impossible and make me have to concede to only watching parts of maybe 7 or 8 out of every 10 games. 2010 me would be genuinely upset if the Rangers blew a late lead. 2020 me is slightly bothered, but has no problem turning off the TV and then following the “there’s always tomorrow” mantra. 2010 me wouldn’t be able to say a single bad word about baseball. 2020 me has a laundry list of things that I wish would change in the sport to make it more efficient and enjoyable for the casual viewer. All that said, I absolutely still love the sport and genuinely look forward to watching each and every Ranger game I can. My fanhood has just been forced to mature over the years.

Has the way the owners and players handled the situation surrounding a 2020 season affected the way you think of the sport?
Alex: The financial dispute between the two sides indeed confirms the disconnect between the players and owners. Last year in free agency, individual players stepped up, saying how they weren’t a fan of how the free-agent market turned out, especially with Bryce Harper and Manny Machado. There was a tension between each side. However, once they both got signed by their respective clubs, the pressure dimmed down because there wasn’t much need for other negotiations. However, it’s not out the realm to figure out that there would be a disconnect. I don’t think different of the game of baseball, but I can see how the distraction would cause fans to tune out.

Corey: Billionaires arguing with millionaires will never not get on my nerves. In this case, this doesn’t change the way I think of baseball, but further highlights that some owners don’t own teams because they love baseball but because they see it as a way to make even more money and they don’t care about the fans. While that is disappointing, it’s definitely not a surprise.

Darien: It certainly has. It shows how much money can get in the way of a game. It shows what the power of money can do to us as individuals. Beyond that, it shows that we have a flat out poor system that is divided between the owners and players. I’m going to get into which side has a more valid point, because they both are certainly valid. But guys, this is baseball. Let’s all overcome the adversities that this pandemic has brought, and play some ball.

Dylan: Like the other guys said, it just shows how even an innocent thing like the game of baseball can fall to being part of an ugly, ruthless business. As I get older, I see how that’s pretty much the norm in all parts of life. It stinks, but that’s just the way it is.  Both the owners and the players have fair points on their arguments and have made mistakes along the way. The billionaires are sleezy, no surprise. The players are the everyman in this situation who will be as obnoxious and “woe is me” as it takes to get whatever they want. No surprise there either. I’ll still be watching night one of whenever this season does or does not get underway, but I can see how this current battle could be the base for a slow buildup over time of how I gradually fade away from loving the sport as much.

Check back later this week for a further discussion about what we think should change in baseball and what we have a hard time defending when our friends and family tell us they don’t like it. We’ve all been there, right?