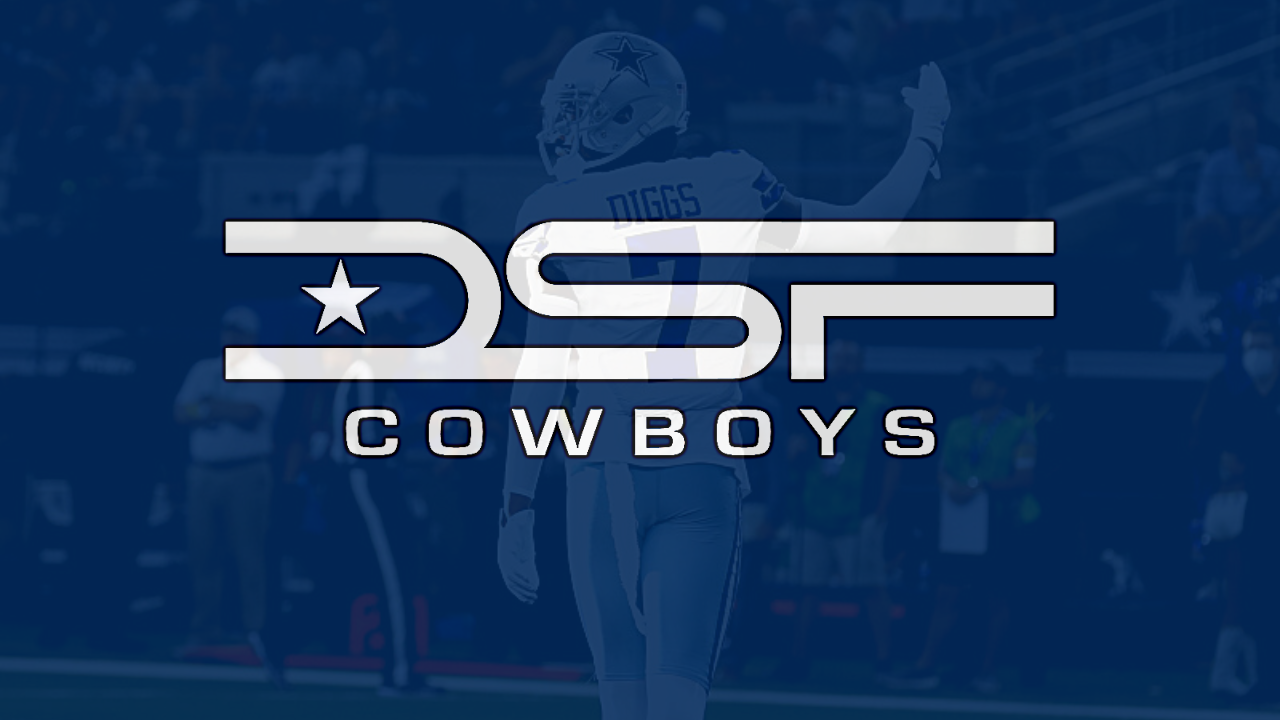 Defensive Review: A masterpiece from Trevon Diggs and the secondary

Defensive Review: A masterpiece from Trevon Diggs and the secondary

The Dallas defense once again won the day with another stellar performance. While Cooper Rush has been in the spotlight, the defense has shouldered the load and has been the reason Dallas hasn’t lost since opening night.

It was another dominant performance from the Cowboys’ defense. This time, they imposed their will on Carson Wentz and the Washington Commanders. It was truly suffocating. Even from a bird’s-eye view of the basic counting stats it’s incredibly impressive. Washington converted just five of its 17 third or fourth down attempts (0/2 on fourth down), gained just 297 yards, turned the ball over twice, and gained a measly 3.5 yards per pass attempt (I cannot overstate how awful that is).

Through four weeks Dallas is one of two defenses left in the entire league that has yet to surrender 20 points. The Cowboys defense has also yet to surrender 350 yards and has given up just four touchdowns in four weeks. What a special first month of 2022 it was for the Dallas defense.

Dallas made life hard on Wentz and the rest of the offense, and once the Cowboys grabbed a lead, this game was all but over. There are some chinks in the armor to discuss, but this defense might be legitimately special.

This is one of the chinks in the armor mentioned above. Washington ran the ball rather effectively for 142 yards and 5.3 yards per attempt. In the end it didn’t hurt Dallas, but the Cowboys were dismissed from the playoffs in 2021 by a team with a strong rushing attack. The weakness against the run is beginning to become a bit of an alarming trend as well.

Dallas’ defensive tackles had a very tough day on Sunday and it made life harder on the linebackers as well. Osa Odighizuwa continued his strong start to the season, but it was a much tougher day for nosetackles Neville Gallimore and Quinton Bohanna, as they were the two lowest-graded Cowboys defenders, per Pro Football Focus. Bohanna has generally been solid for Dallas this season and has improved immensely, but it wasn’t there on Sunday.

Teams have generally had success running at Dorance Armstrong and the right side of the defensive line this season, and the PFF grades and the film from Sunday reflect that. I’m not sure if there’s an easy fix to this issue, but the struggles against the run are certainly something to monitor as the season progresses. If Dallas grabs an early lead it can force opponents to abandon the run, but if not it could lead to trouble.

One thing that could aid the Dallas box defense is the return of Jayron Kearse this week. His role as a hybrid safety-linebacker in Dan Quinn’s defense has been crucial since his arrival in 2021. Israel Mukuamu definitely earned himself a role with his play in Kearse’s absence, as the second level of Dallas’ defense looks even deeper now. The biggest issue at the moment is at defensive tackle, and better play up front will make the second level players’ lives much easier.

DeMarcus Lawrence had another strong performance after a quiet first couple weeks. After not recording a single pressure in Weeks 1 and 2, Lawrence now has 16 pressures in his last two games following his nine-pressure performance Sunday. Dallas racked up 24 pressures on Wentz in total. Here’s the breakdown of your pressure leaderboard for Week 4:

Dan Quinn was getting very creative with his pass rush packages as well. When Dallas got Washington into obvious passing situations, Quinn deployed Parsons, Fowler, Armstrong, and Lawrence up front and it wreaked havoc. This is sometimes called a “NASCAR” package because of the speed it provides up front. Watch and enjoy this rep of the NASCAR package:

This is absolutely filthy. What a NASCAR package to put together. pic.twitter.com/Utb8cmMOpK

The pass rush was great for Dallas again, but this game was about the secondary. Dallas’ four highest-graded defenders per PFF were all defensive backs.

Dallas’ safeties were terrific as Donovan Wilson continued his torrid start to the season. Wilson was Dallas’ second-highest graded defender with a grade of 81.9, per PFF. He was targeted three times in coverage and allowed just two catches for two yards. Malik Hooker has been outstanding at free safety so far as well and he was again great on Sunday. Hooker’s stats don’t pop, but his play on the back end has been massive for Dallas.

Malik Hooker deserves more praise for his play this season. He hasn't made the same number of splash plays as some of his teammates, but he's been very good to start the season.

Jourdan Lewis was injured shortly before the game and Daron Bland had to step in for Lewis as well. Bland was picked on some (as any decent offensive coordinator should do to a fifth-round rookie) as he was targeted 11 times and gave up nine catches for 98 yards, but he recorded a pass breakup and a very impressive interception. Overall, Bland struggled some, but we got to see some of what he flashed in the preseason. Anthony Brown had a nice day as well as he was targeted 11 times and allowed just six catches for 35 yards.

But Trevon Diggs stood head-and-shoulders above the rest. He was Dallas’ highest graded player per PFF with a 92 coverage grade. Diggs completely shut down Terry McLaurin again and was dominant. I would contend this was his strongest performance of his career, and it’s not like Washington didn’t try him down the field at all either; his average depth of target was roughly 22 yards. Wentz threw at Diggs four times. Here’s the result of those four targets:

Wentz’s passer rating on those four targets was 0.0. Diggs was absolutely terrific Sunday and he appears to have taken another big step forward in 2022.

It was a relatively quiet day for Micah Parsons on Sunday. He recorded three pressures but also had two missed tackles. He received his worst grades of the young season with a 54.3 overall grade, 58.3 run defense grade, 49.2 tackling grade, 50.9 pass rushing grade, and 65.1 coverage grade.

Even when Parsons doesn’t record a sack, his impact is felt. He is a force multiplier on defense. The amount of attention he requires has made the rest of the pass rush immensely better. Washington was throwing two and even at times three blockers at Parsons throughout the game. This creates much more opportunity for Lawrence, Armstrong, Fowler, and the others.

Parsons also had a “What can’t this guy do?” moment when he was deployed as a slot corner in one-on-one coverage with McLaurin. Wentz spotted the “mismatch” and went right to McLaurin but he wasn’t able to create any separation from Parsons and the pass fell incomplete. Not many players in NFL history are able to rush the passer, play as an off-ball linebacker, and cover like Parsons can.

Up next for the Dallas defense is a struggling Rams offense. Sunday is another good matchup for this pass rush and with Dak Prescott out again, it will fall upon the defense to win the day for the Cowboys again.