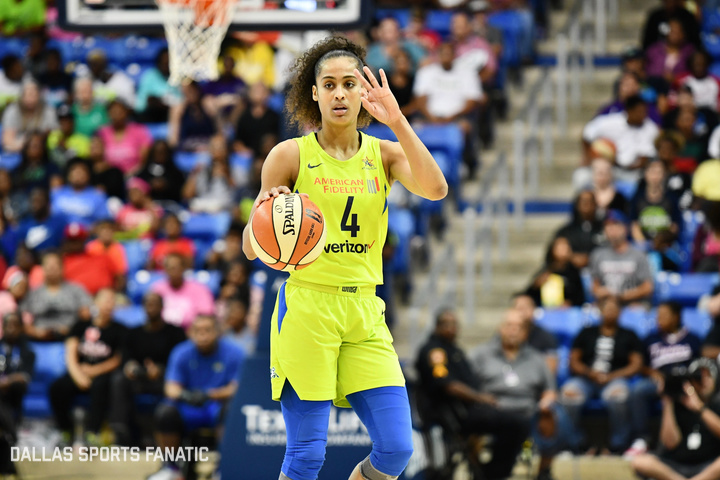 Six-year veteran Skylar Diggins-Smith joined the Dallas Wings in 2016 after spending three years with the Tulsa Shock who drafted her 3rd overall in the 2013 WNBA draft.

The Wings’ All-Star gave birth to her first child sometime in late April and subsequently took off the 2019 season to focus on being a mother while still working to get back into the game. In 2018, she averaged 17.9 points and a team-high of 6.2 assists. Throughout the duration of her career, Diggins-Smith has accumulated  2,670 points, 826 assists and 447 rebounds.

Arguably one of the most recognizable and vocal figures in the sport, Diggins-Smith is a WNBA icon and the face of the Wings franchise. As a leader of the Dallas pack, she has fearlessly guided and prioritized the team’s success over personal achievements despite leading a team that is so often written off.

Outlook: The Wings took a hit losing their two best players, Liz Cambage and Diggins-Smith, in the same offseason heading into 2019 and it eerily demonstrated the immense value and productivity of Diggins-Smith. Now she will be joining her fellow Notre Dame alumna and Rookie of the Year candidate Arike Ogunbowale who she has been mentoring from the sidelines. As a fan favorite, leader and now mother, Diggins-Smith’s return to the game is going to transform this young Wings team and bring them back to playoff contention next season.