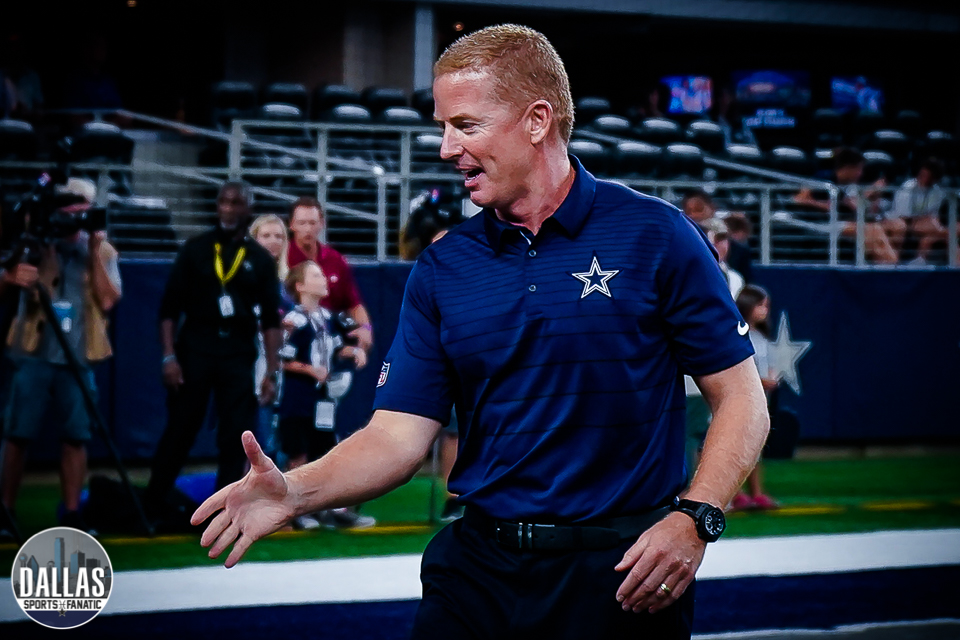 Say there’s a head coach who has been with a team for eight seasons. This team happens to be a storied franchise in a big market with one of the most powerful owners surrounded by some of the most passionate yet impatient fans. During those eight seasons under this head coach, the team has a 67-53 record, surpassing nine wins in a season only two times. Those two times marked the only playoff appearances under this head coach, winning only one playoff game.

That head coach is Jason Garrett.

With all that said, you would think that a franchise like the Dallas Cowboys would make a coaching change, right? Well, that’s where you’re wrong. Especially a franchise with only three playoff victories since their last Super Bowl win in 1996. That’s right, only three playoff wins since the Cowboys won three of four Super Bowls from 1993-1996. Watching the Eagles take the Lombardi trophy back to Philadelphia must haunt Jerry in his dreams night after night.

Now when it comes to Jerry Jones, we all know how competitive he is and how bad he longs for another Super Bowl ring. But why settle for mediocrity and be so complacent? Why? Because Jerry basks in the power. It’s seen that Garrett is the puppet to Jerry’s puppet master or to The Ringer’s Mike Lombardi, “the clapper”. Jerry likes the stability that Garrett has brought to the Cowboys but for the most part it’s been an 8-8 stability. What exactly does Garrett do well as a head coach?

First off, he’s a players’ coach. Players on the team enjoy Garrett’s laid-back demeanor and his ease to form relationships with the players.

And that’s where I stop.

So, what is Garrett missing? The X’s and O’s and lack of in-game adjustments are not there. Earlier this season, it was reported by NFL Network Insider Ian Rapoport that players on the Cowboys were frustrated with the coaching staff’s lack of adjustments and game plans as a whole. Garrett also seems to be set in his ways with an inability to take command on the sidelines when the game is on the line. Of course, the Cowboys dealt with injuries and Zeke’s suspension fiasco all season but with those traits consistently showing up in Garrett’s DNA, the Cowboys success won’t last in the NFC let alone the division.

For instance, look at Sean McVay and the Los Angeles Rams. Went from being a 4-12 football team to a 11-5 division winner after making the change to McVay. McVay, who coached against the Cowboys as Washington’s offensive coordinator before the promotion in Los Angeles, teamed up with a young quarterback in Jared Goff and star running back Todd Gurley behind a good offensive line, which produced a high-flying offense. Sounds a lot like the Cowboys offensive make up, doesn’t it? McVay came into the Rams organization and completely changed the culture, something Dallas could be in the use for.

Now, back to the division, the Eagles have just hoisted the Lombardi trophy after defeating the New England Patriots, which gave Cowboys Nation a head-scratching decision to make on who to “root” for. This Eagles win makes the third NFC East Super Bowl victory in the last 11 seasons with none of those going to Dallas and coincidentally all three wins by the Eagles and Giants have been against the Patriots. And those Eagles, they aren’t going anywhere as their run looks to be just starting. As for the Giants and Redskins, they both underperformed their talent level this season and we should look for them to bounce back after making some changes.

With the Philadelphia Eagles standing tall at the NFL’s mountain top, the complacency has to end for Dallas and that complacency starts and ends with Jason Garrett.