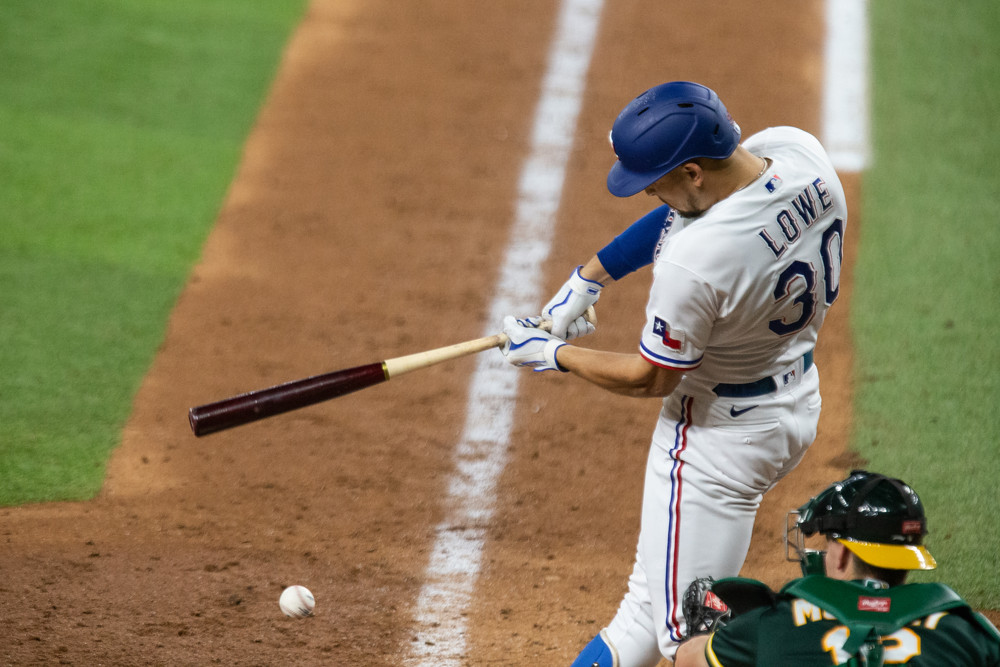 The 2021 season is heading into its final week of August. The Rangers are in the thick of their rebuild, and while the season is over record-wise, there’s still a lot of growth the club can achieve in the final 40 days. The turnaround on this roster has changed drastically since April 1st. Only twelve players currently remain on the major league roster after being in the Opening Day lineup (eight have remained all season without moving to the IL, demoted, etc.). However, there’s still a lot that can change in the final forty days. I talked to five players about how they look at their season and their target goal to finish out 2021.

For Dane, he’s been the Rangers’ most consistent starter. However, he’s been the most protected starter too. “They’ve played around a little bit where I was able to get more time per start,” Dane told me. I asked Chris Woodward what he’s seen from Dane from a growth perspective, “He’s been able to sustain his stuff. Mentally, this kid is as smart as they come.” Dane’s two first-inning runs allowed Friday were the first runs allowed in the opening inning since July 20th against the Tigers. It’s a struggle he’s worked on and succeeded.

For Dunning, it’s about finishing off the season strong despite his pitch count limits. So yes, it’ll be shortened work for Dane in September. “It’s just putting a bunch of quality starts together within my inning limit, pitch count, and all that. [I’m] trying to do the best I can to finish off the season strong and go into next year.” Despite the team struggles, it’s been a huge learning experience for Dunning. “It’s been a lot of fun just to get experience. I learned a lot this year.”

Jose missed twenty-three days with a right forearm contusion to start July. “Just a freak accident,” Jose told me. “Personally, I took it a little rough.” One of Trevino’s goals heading into 2021 was not to miss anytime and stay healthy. Therefore, having to miss three weeks on the injured list stung Jose. “We take those things for granted. Something like that happens [and] take[s] away the game that you love to play and have fun with it, it’s sad, it sucks.”

For Trevino, the growth and evolution as a big-league player are what Jose is working on to end the season strong. Evolving in all aspects of the game and understanding that aspect is what Trevino looks to do and trying new things. “You’re going to fail on them, but you’re going to get better at them at the same time,” Jose told me. “Just have the courage to try new things and get better.” Four of Trevino’s five hits in August have been for extra bases. In addition, his slugging this month is higher than any other month in 2021.

Lowe’s season is intriguing to me. It started strong in all aspects. Then it calmed down from the power department, but Nathaniel was still reaching base at a high clip. Lowe has only walked three times in August compared to each month where he’s walked double digits. “It’s a big learning curve as far as my understanding what made me good for the first month and then where I’m at now and how big the gap is between where I think my ceiling is and where I am as a player now,” Lowe told me when I asked his assessment of his season.

Power and defense are two things Nathaniel said he’s looking to do in the final forty days. “I got to put on a better power show,” Lowe told me. “I need to throw singles out of the window and drive the ball like I can.” After that, it’s about finishing strong and gain momentum for a strong 2022.

The number of games Jonah Heim played in 2021 progressively increased. When Jose Trevino went down, it provided an opening for Heim to get everyday reps, and he took advantage of it. “It’s nice,” Heim said. “Say you go have a bad game. You know you’re going to be in the next day. Get ready to go and got to put that in the past.” Jonah had thirty-eight at-bats last season (thirteen games) compared to sixty-eight in 2021 and still counting.

The goal for Jonah is consistency. “[I’m] trying to keep getting better every day [and] get the swing dialed in, until the offseason.” However, that’s not his only focus. It’s also about getting his pitching staff bulked up and ready for the end of the season. 2021 has been a good season and a dream come true for Heim. “It’s awesome getting to play every day in the big leagues is something every little kid dreams of, so I’m going to take every game as a win and just enjoy every second of it,” Jonah told me.”

Sborz’s 2021 is interesting. He’s one of the few in the bullpen that’s remained there all season (he missed a little time on paternity leave). Josh’s first two months were solid but ran into a rough patch in June. He’s recovered nicely and pitched well in August (3.86 ERA in seven August outings). I asked Josh his assessment of his season. “Pretty solid, just walking way too many people,” Sborz told me. “I got a little fearful [at the] beginning of the year because I got a little unlucky with hits dropping, so I felt like I needed to strike out guys more and avoid the zone.” Sborz has allowed fifteen more hits than walks which are staggering.

Don’t walk people is the target goal for Sborz, along with managing counts, getting ahead, and throwing strikes. The walks create a ripple effect, and as Josh says, you take away the walks. After that, it’s a different story. “When you take away those free passes, it becomes a lot harder to hit me,” Josh said. “I feel like I’ve done a pretty good job managing how balls have been hit and where they’ve been hit.”

Josh Sborz (@JoshuaTree_27) with the game winning run on 3rd Gets the clutch Strikeout on Manny Margot for the Rangers to send the Rays to Extra Innings with them pic.twitter.com/r6hRnCNM03

Look, I know as a fan it’s tough to watch the past few months. The constant struggles, but it’s an evaluation period that needs to happen. It’s a question where each of these five guys fits into the organization’s future. They’ve all had their good moments, and now it’s like a college exam, showing what they learned on the field.