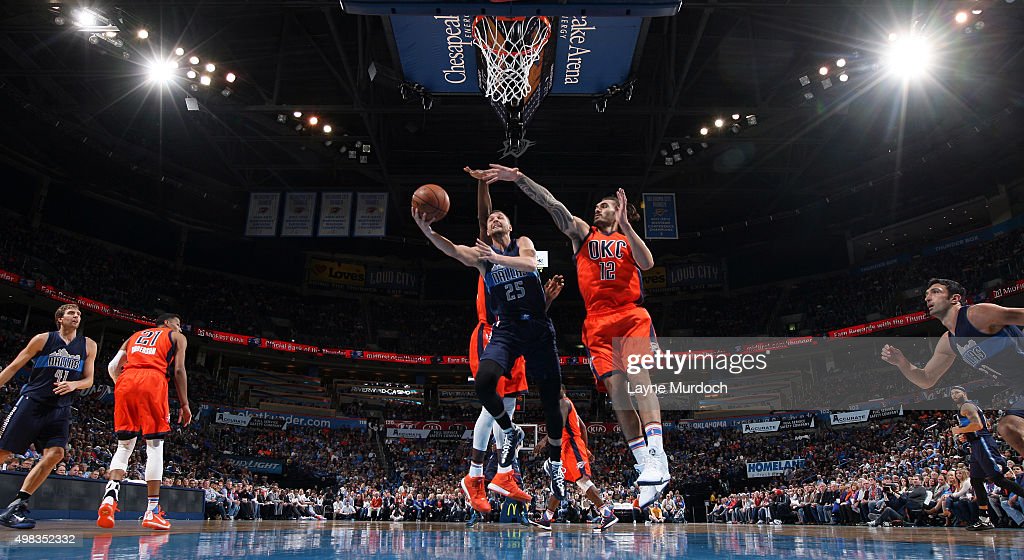 There is only one good thing about back-to-back games in the NBA and that’s getting the horrible taste out of your mouth from the night before.

Tuesday night the Dallas Mavericks (22-17) started a four-game stretch that many reporters are calling murderers-row with a gut-punching overtime loss to the Cleveland Cavaliers 110-107.

Ultimately, it was Kyrie Irving, Kevin Love and LeBron James combing for all 15 points in overtime that proved too much for the Mavericks (22-17).

Chandler Parsons led Dallas with 25 points on 10-of-14 shooting. Zaza Pachulia recorded his 20th double-double on the season and his 100th of his career with 20 points and 12 rebounds.

The Mavericks are on the road tonight, just north of the Texas-Oklahoma border taking on the Oklahoma City Thunder (27-12). It is the second night of a back-to-back and the first of a three-game road trip including the Chicago Bulls on Friday and the San Antonio Spurs on Sunday, all who have a combined record of 53-10 at home.

The Thunder are also on the second day of a back-to-back, squeaking pass the Minnesota Timberwolves Tuesday night 101-96.

In the first meeting between the two teams, the Thunder were without Kevin Durant and needed a full team effort to route the Mavericks 117-114.

Six players scored in double figures for OKC and the team combined for 25 assist. Deron Williams put up 20 points, 6 rebounds and 6 assist to lead all Mavs in the contest.

Tonight though, the Thunder will be in full force as Kevin Durant, the leagues third leading scorer at 26.5 pointers per game will have his KD’s laced up and ready to go!

This game reeks of a possible first round match-up in the the Western Conference playoffs. Expect the Mavericks to come out with the same fire as Tuesday night and look to get back in the win column.

Per Tim MacMahon, the only starter active tonight will be Zaza Pachulia. Deron William, Wesley Matthews, Chandler Parsons and Dirk Nowitzki are ruled OUT.

The Dallas Mavericks lose their first game after leading by three quarters 20-1. Also, it was the first overtime loss for the Mavericks since 2014.