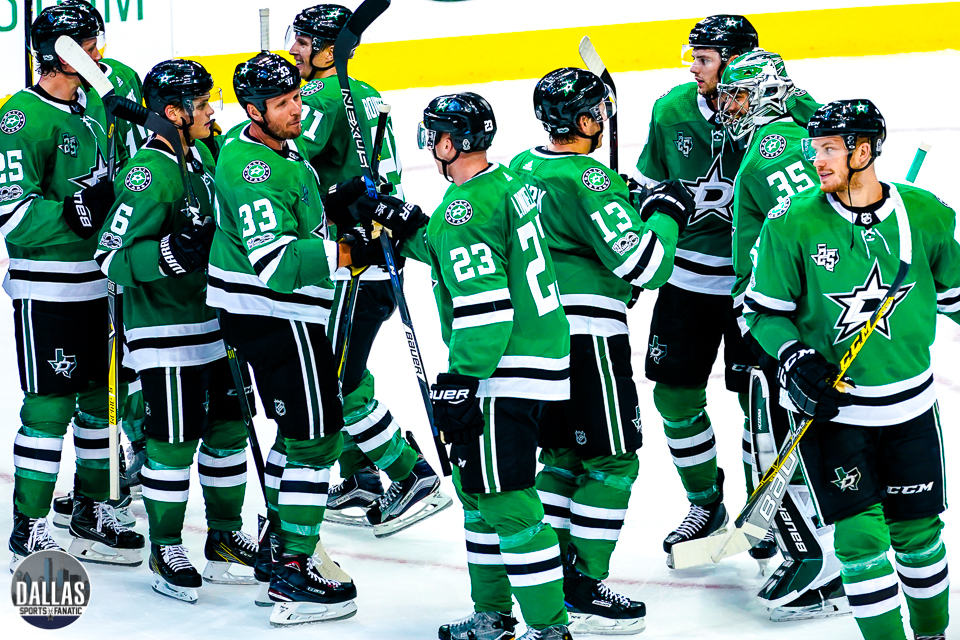 The Dallas Stars tasted Stanley Cup glory back in 1999 in just their sixth season in Dallas after moving from Minnesota in 1993. They returned to the final the next year, but faltered against the New Jersey Devils. Since that loss, it’s been a period of routine failure trying to reach the same level.

Dallas thought 2008 was the year- when it last reached the Conference Finals before 2020. Then there was 2016, where it finished with the best regular-season record in the West before bowing out in the second round to St. Louis in seven games. A similar fate met the Stars in 2019.

So many tries, so many missed opportunities. A similar story year in and year out.

Until Monday night, that is.

Denis Gurianov sealed a 3-2 Stars win with an overtime goal that won the series for Dallas four games to one and clinched a spot in the team’s first Stanley Cup Final since 2000.

It wasn’t always a pretty story in the comeback win, however.

Vegas again dominated time in the Stars’ zone through two periods, and limited Dallas’ scoring chances. Game five looked a similar story to the Stars 3-0 loss in game two. Like each game in the series prior, Vegas held the advantage in shots on goal through the first frame, and capped it with a breakaway goal from Chandler Stephenson.

That all changed in the third.

After Vegas took a 2-0 lead just a minute into the third period, Stars captain Jamie Benn, who scored a goal for the third straight game, was stopped multiple times in the crease late in the second before finally breaking through in the third.

Hat-trick hero Joel Kiviranta, who essentially carried Dallas to a game seven win against Colorado in round two, tied the game with under four minutes to go. The Stars rapped 11 shots against Golden Knights goaltender Robin Lehner, and more importantly, completely hijacked any momentum Vegas had through the first two periods.

The Stars got more quality chances in the second period, but were incredibly short-handed. Center Radek Faksa was deemed unfit to play before the game. Forwards Roope Hintz (who started after being listed as a game-time decision), Tyler Seguin and Corey Perry all left the game at various points for Dallas due to undisclosed injuries.

Seguin, who hasn’t scored since game one of the Colorado series August 22, finally made his presence known tonight, racking up quality scoring chances and putting more shots on net.

After winning a series as an underdog in consecutive rounds over No. 2 seed Colorado and No. 1 Vegas, Dallas likely awaits one of the best teams in hockey for the next round- the Tampa Bay Lightning. Currently, the Lightning boast a 3-1 lead in the Eastern Conference Finals against the New York Islanders, and have been the significantly better team through most of the series.

Game five of that series takes place Tuesday night a 7:00 on NBC Sports, with the date of Game One of the NHL’s championship round yet to be determined. If Tampa Bay does take care of business tomorrow, the final would likely start Thursday night.

Like Dallas, the Lightning are looking to end a lengthy championship drought, last winning the cup in 2004 over Calgary- although they reached the final in 2015 in a loss to Chicago with current Dallas goalie Ben Bishop in net.

No matter what, in a season in which it started just 2-7-1 through its first ten games of the regular season, fired its head coach in December, hosted and won the Winter Classic in January, fought through a pandemic pause in March, and rallied for two upset playoff wins in September, 2020 is a storybook season for a team stealing the hearts of many DFW sports fans.