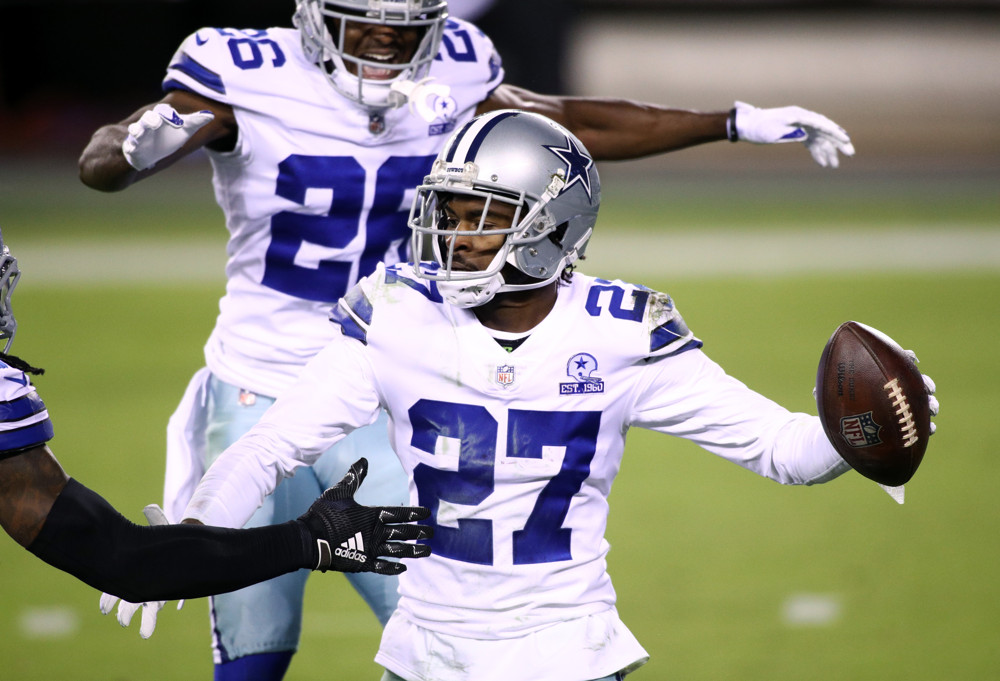 With the sophomore corner off to a historic start, many are now wondering what the ceiling is on his impressive season. Pro Bowl? All-Pro? Defensive Player of the Year? Even if Diggs does not record another interception for the rest of the year, if he continues to hold receivers to obsolete numbers his Pro Bowl nod is nearly guaranteed.

All-Pro would also be nearly impossible not to get at this rate seeing how former Dallas corner Byron Jones was an All-Pro without recording a pick in 2018. So, what would it take for Diggs to become the first Dallas DPOY since Harvey Martin in 1977.

Gilmore was named a first-team All-Pro for the second straight season for his work in helping the Patriots win another AFC East title. He led the league with six interceptions and posted 53 tackles and one fumble recovery over the course of the regular season.

Gilmore was named on 21 of the 50 ballots. Cardinals edge rusher Chandler Jones got 14 votes and Steelers linebacker T.J. Watt was named 10 times.

The versatile Woodson tied for the league lead with nine interceptions, returning three for touchdowns, and was a key to the Packers’ turnaround on defense. His role in Green Bay’s ranking second in overall defense, first in interceptions (30), takeaways (40) and turnover margin (plus-24) earned Woodson 28 votes Tuesday from a nationwide panel of 50 sports writers and broadcasters who cover the NFL.

Sanders has been argued as the missing piece that helped lead the San Francisco 49ers to a Super Bowl during the 1994 season. A supreme lockdown corner. In the few times they tested him he came away with six interceptions, three defensive touchdowns and 36 tackles.

Though some may not be all the way bought into Diggs’ as a premier corner, he is far and away the early favorite for defensive player of the year. He held Mike Evans to 15 yards, Keenan Allen to 85 yards, Devonta Smith to 43 yards and DJ Moore to 73 yards – while not giving up a touchdown.

With several lesser quarterbacks on the slate for Dallas, it is possible if offenses continue to attack him he could very well see his interception total rise.