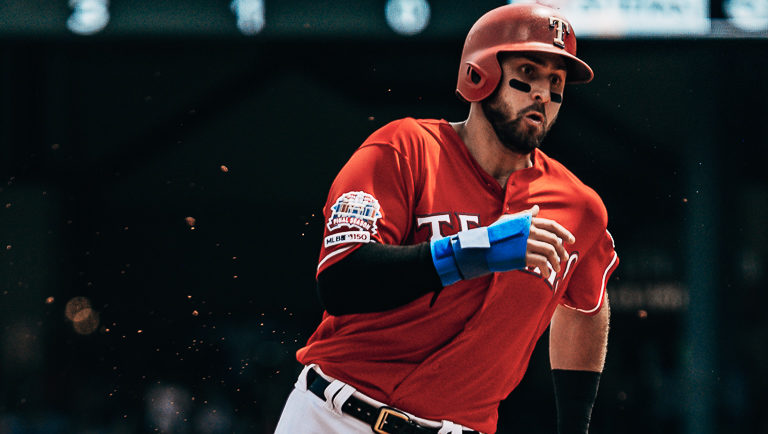 It’s time to stop messing around, the Rangers need to sign Joey Gallo to a long-term extension

It’s time to stop messing around, the Rangers need to sign Joey Gallo to a long-term extension

This season is likely going to mark the fifth consecutive year that the Rangers finish with an under .500 record. Despite the team experiencing virtually no postseason success prior to 2010, all of those years of seemingly pointless Texas Rangers baseball never featured five consecutive losing seasons.

That’s really crazy to think about.

It started back in 2017 when the Rangers became sellers at the trade deadline and dealt players like Yu Darvish and Jonathan Lucroy to waive the white flag on a disappointing season that was following two consecutive AL West titles in 2015 and 2016.

This is now a very long stretch of incredibly uninspiring baseball that directly followed the most exciting stretch in franchise history from 2009-2016. After the departures of long-time faces like Adrian Beltre after 2018 and then Elvis Andrus earlier this year, there is just one current Rangers player that has developed a long-term relationship with the fans.

The 27-year-old made his major league debut back in 2015 after being a first round pick for Texas back in the 2012 draft. He had a memorable major league debut with three hits, including one of his now customary massive home runs.

While Gallo has never totally lived up to the expectations/hype surrounding him as a prospect — meaning he hasn’t developed into one of the game’s biggest superstars or anything — he’s absolutely developed into the team’s best overall player and the rest of baseball has noticed with him being named an All-Star in each of the league’s last two full seasons (2019 and 2021).

Gallo is an example of what the sport has become, for better or worse. He comfortably leads all of baseball in walks, he’s in the top five in home runs, but he’s near the top in strikeouts. He is an imperfect player, but he has absolutely improved over the last several years. The strikeouts used to come without many walks. Now he’s made the adjustments to have one of the highest on-base percentages in baseball at .402 despite a batting average right at league average at .239. With 72 walks through 84 games this season, Gallo is just three short of tying his career high for walks at 75 in 2017 — a mark he hit in 145 games.

The knack to get on base and blast home runs isn’t all Gallo brings to the table, he’s also developed into an elite defender in right field. A 2020 Gold Glove winner, he has done nothing but continue to flash to leather impressively this season.

JOEY GALLO SHOWING YOU WHY HE WON A GOLD GLOVE#StraightUpTX

While he may not hit .300 like your grandfather taught you a typical superstar should, he is absolutely a star in the 2021 edition of Major League Baseball.

Attending Rangers games on a regular basis will show you he’s absolutely the fan favorite of this current team and he’s virtually the only player on the roster that is known by fans young and old. If you sit in right field, fans will consistently chant “We love you, Joey!” or “JOEY GALLO *CLAP-CLAP, CLAP-CLAP-CLAP*” This level of adoration or connection just simply doesn’t exist with any other player on the team.

With Gallo being set for free agency following next season, it’s natural that a team 20 games under .500 like the Rangers are going to be shopping any player that is putting up big numbers like Gallo or his fellow All-Star teammate Kyle Gibson.

Gallo has dropped numerous hints over the last 12 months that he absolutely wants to remain a Ranger but both his agent, notorious super agent Scott Boras, and the Rangers have seemingly made no progress on any sort of deal that would confirm Joey being here for the foreseeable future.

Is this because Boras just always wants his clients to get the most money possible when they hit the open market? Do new GM Chris Young and Jon Daniels not know how to properly value a player like Gallo whenever the team is still plenty of pieces away from being a contender? Does the team’s mysterious ownership group have no interest in signing any player to a contract anywhere near the $100 million dollar mark it would surely take to secure Gallo with a long-term deal?

It’s probably a combination of all three, but it’s simply time to get this done over the next few weeks.

The Rangers are doing well in attendance this season because of the newness factor of Globe Life Field. The team itself is not a draw for the vast majority of fans who are paying for tickets inside the new retractable roof stadium. However, if there was any single player on the team they’d cite as being interested in seeing, it would be Gallo. Give these people who put money in the ownership’s pockets what they want. Give Gallo what he wants: to remain with the team that drafted him and helped him develop into the star player he now is.

Texas hasn’t signed a player to a contract of over $100 million since the contract of Shin-Soo Choo back in the winter prior to the 2014 season, but it’s time to start getting used to doing it again. With a roster as young as the current one, there is virtually no one else due a big payday over the next couple of years besides Gallo.

With Gallo locked in long-term and possibly making a bigger national name for himself in tonight’s Home Run Derby, plus the team drafting star college pitcher Jack Leiter second overall in Sunday’s draft, there could suddenly be some things to be excited about for the Rangers.

Simply dealing Gallo for a few lottery ticket prospects would be a major blow to any budding excitement for the team’s future. It’s time to get a new deal done.