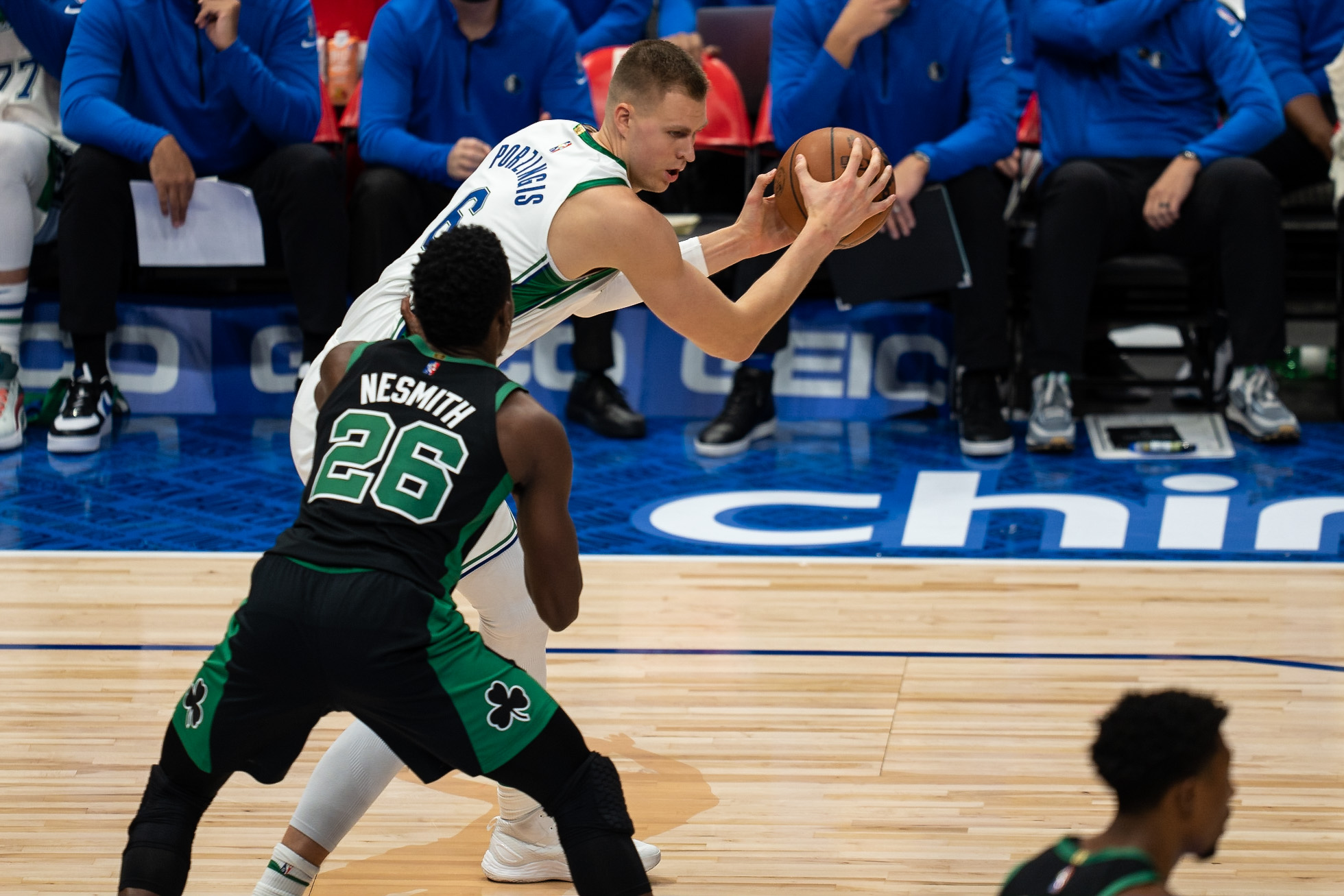 It’s never easy to get a strong hold of what exactly the Mavericks have with Kristaps Porzingis due to him so frequently missing games due to injury. After leaving the team’s third game of the season early with back tightness back on October 26th, Porzingis had been out of the Dallas lineup for the last five games with very little info or updates provided on his status from day to day. The big man returned on Saturday night just in time to see some theatrics from his teammate Luka Doncic.

On the Porzingis front, his return to action went about as well as anyone could have hoped. He had a season high 21 points to go along with 7 rebounds with a very efficient 7-13 shooting line. He was also able to get to the free throw line eight times to get himself seven easy points. The eight attempts at the charity stripe were the most he’s had in a game, regular season or postseason, since February 14th against the Trail Blazers.

Porzingis expressed his excitement for being back on the court after the game.

“I’m so happy to be back out on the court. It always sucks to not be able to play and help, and then on top you have to put in all the cardio work to make sure you stay in shape, so playing is the fun part. Today, as soon as I woke up, I knew it was game day and I was ready to go.”

While it might frustrate Mavericks fans that frequent injuries can keep the big man out of the lineup, he says he is learning how to understand his body and help it heal faster.

“I know my body a lot better now. All the little things that happen now I know how to work with them and make it go away quicker. Also a lot of things you just learn by being in the league multiple years; you know tricks that you can do. The main thing is that my body is healthy and I’m ready to play. I believe I can play at a high level.”

A high level Porzingis is clearly what takes the Mavericks to another level. Luka Doncic can be as spectacular as he wants, but to have Porzingis in the lineup and being effective is vital to this team meeting its expectations.

Besides the stat line, Porzingis looked the part on Saturday night with his movement and shot selection. He found ways to get easier buckets than the tough shots he was taking in the first three games of the season. He moved well without the ball to find an open lane or two for a couple slam dunks. He put himself in a good position for a late putback dunk. When he did try to post-up, he did enough to draw fouls and get himself easy points at the free throw line.

On the defensive end he continues to have much better movement than he did last season and came up with a clutch block late in the game and a team-high two steals.

While it’s no guarantee that this type of performance is here to stay on a consistent basis, it’s great to see Porzingis back in the lineup and playing well for the Mavericks.