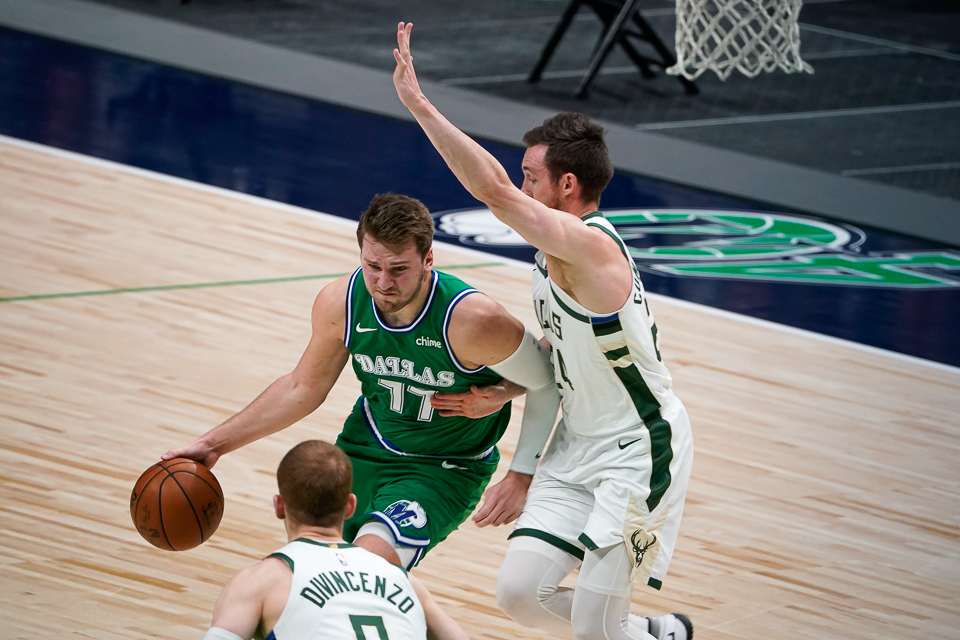 It’s been a tough seven days for most Mavericks fans to digest. Last Monday night, fans were hoping for the likes of All-Star and champion Kyle Lowry to possibly be headed to North Texas, but they had to settle for the less than electrifying additions of Reggie Bullock and Sterling Brown. One week later, the Mavericks took the next needed step to continue their path back towards championship contention with getting superstar Luka Doncic to agree to a five-year/$207 million max contract extension.

Doncic’s agent, Bill Duffy, confirmed that the fifth year of the contract is a player option, which was expected. After making All-NBA first team in two of his first three seasons, Luka became the first player eligible for a full contract extension of this size.

It was widely known that Luka planned to signed this deal as soon as he was able to this summer. After completing a historic summer for his home country of Slovenia in the Tokyo Olympics this past weekend, Doncic was finally ready to shift his focus to locking up the historic deal. The Mavericks top franchise representatives — owner Mark Cuban, franchise icon and new front office member Dirk Nowitzki, new head coach Jason Kidd and new GM Nico Harrison, among others — flew to Doncic’s native Ljubljana, Slovenia to finalize the deal on Monday afternoon.

While the Mavericks are yet to put a championship-caliber team around Doncic through three seasons, getting him to sign a second contract with the franchise is a major moment. While the modern NBA star’s contract length doesn’t mean much when it comes to how much longer the player might want to remain with a team, it’s still important to not have a looming free agency coming up for a player of Doncic’s caliber anytime soon.

As the team looks to continue making steps towards the perennial championship contention that was so customary during Dirk Nowitzki’s prime, they have the main center piece in place in Doncic. Having him locked in for the foreseeable future certainly makes things a lot more clear. That doesn’t mean the new front office can relax, by any stretch of the imagination.  Now the hard part begins: finding the right parts around Doncic to make Dallas a legitimate threat to win their first championship since 2011.