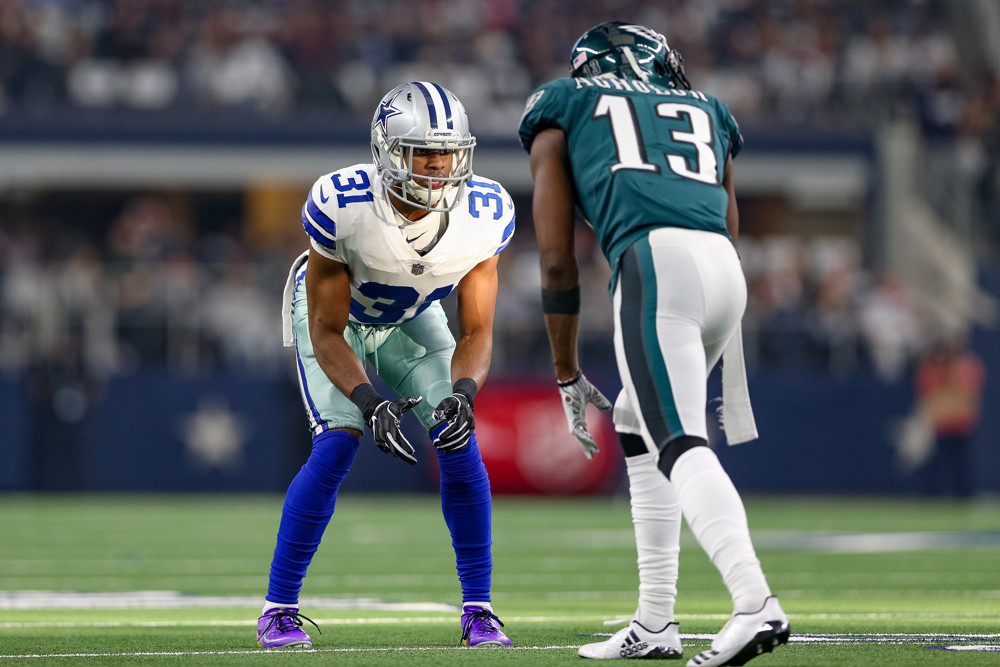 Mailbag: How much could Byron Jones command on the open market?

Mailbag: How much could Byron Jones command on the open market?

With the Dallas Cowboys expected to let Byron Jones hit free agency, how much do you think Jones could command on the open market?

Mason: I think Byron Jones will command top tier money in free agency, possibly even in terms of highest paid in the league. He really would not be out of line to ask for that much either. Sure he doesn’t get the pretty stats like interceptions but when you compare how he takes a WR out of the game with other top corners he’s among the best in the league and has his case to be paid like it. His price may be too steep for the Cowboys, but for CB desperate teams like the Eagles or Raiders, I don’t think they would have any problem giving what it takes to get him.

Dylan: I’ve looked around to see projections that go as high as $16 million per season for Jones this offseason and plenty of publications ranking him as the number one cornerback available. There will be plenty of suitors for Byron as surely plenty of defenses will see him as a glue piece that can bring their secondary together. The Cowboys are preparing to easily be priced out as they are prioritizing other players.

Is it more important to prioritize drafting defensive line help or secondary help this year?

Mason: To me, it is the defensive line for sure. The Cowboys have been missing a reliable force in the middle of that line for a long time and it has cost them plenty of games, most notably the Divisional Round game against the Rams two seasons ago. If they get nobody out of free agency, I would like to see them get South Carolina’s Javon Kinlaw with pick #17 in the draft. Addressing secondary is still a very important need especially with Byron Jones likely leaving, but great defensive line play elevates secondary play regardless of who is back there so they can hold off just a bit and address DT first.

Dylan: If your best secondary player in Jones is likely out the door, I’d say secondary is definitely the bigger need. The key will be finding several valuable contributors for the 2020 defense in this draft as some depth might be lost in free agency. Everyone wants to find the next star right away, but the Cowboys will need some help coming in at a low price for the next several years.