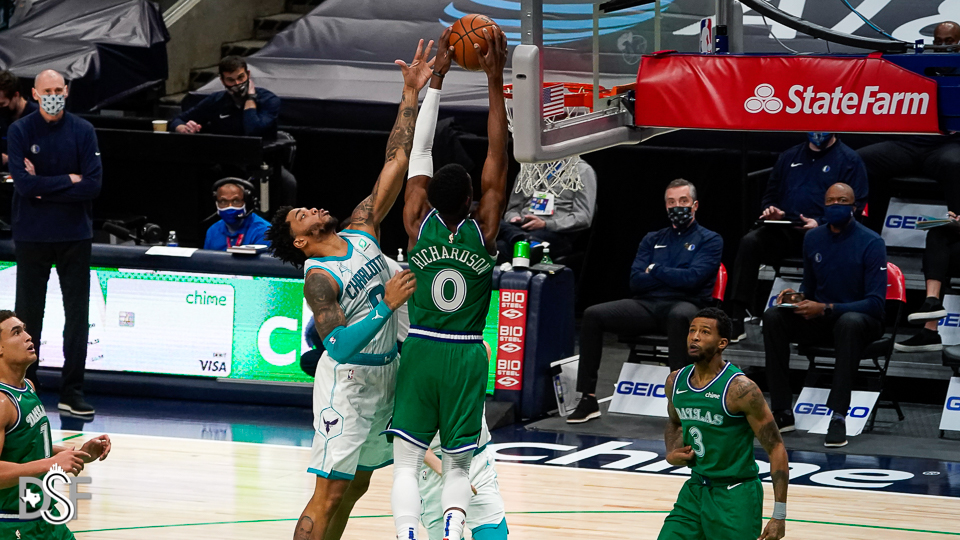 After a trade of Josh Richardson to the Boston Celtics was announced on Friday night, the deal was finalized on Saturday afternoon with a slight adjustment from its original conception.

The Dallas Mavericks have acquired Moses Brown from the Boston Celtics in exchange for Josh Richardson. pic.twitter.com/N0tMu6zcbE

Moses Brown, a 21-year-old big man out of UCLA, completed his second NBA season in 2020-2021 with averages of 8.6 points, 8.9 rebounds and 1.1 blocks per game on 54% shooting from the field in 43 games with the Oklahoma City Thunder. Brown has certainly clawed his way through the league in his first two seasons after going undrafted and signing an “Exhibit 10” deal with the Portland Trail Blazers before his rookie season in 2019-2020.

After appearing in just nine games in his rookie year, Brown found a role with the Thunder from mid-March on this season after the team drastically shifted towards prioritizing positioning themselves for a higher draft pick. Oklahoma City won just two out of their final 24 games last season, so it’s very possible that Brown’s development is a case of “good stats, bad team.” Except in this case, it might be “OK stats, terrible team.” For instance, Brown scored 24 points, grabbed 18 rebounds and blocked 7 shots in the Thunder’s season finale that was being mocked all around the league because their opponent, the Clippers, were seemingly doing everything possible to lose and move down a spot in the West’s playoff standings. So perhaps the stats don’t mean much, but the highlights of course show some positive movement and energy for a man of Brown’s 7’2 frame.

Elsewhere, ESPN’s Tim MacMahon reported that it’s expected for the Mavericks to pick up Willie Cauley-Stein’s $4.1 million team option for next season. Of course this would eat into some of the team’s anticipated cap space ahead of free agency this week, but with such a low salary, Cauley-Stein’s deal could easily be moved if need be. The same goes for Brown as he is under contract for just $1.8 million next season and then has a team option for 2022-2023 at just $2 million. Neither of the next two years of his deal are guaranteed money.

It might seem unlikely Dallas would bring back two similarly limited, role-playing big men, but it’s very possible the team would need that kind of depth throughout the season with Boban Marjanovic set to be a free agent this week and Kristaps Porzingis’ health always being a question mark. It also would surprise no one if both are dealt in the next few days as the Mavericks are again prepared to go for the big fish in free agency.