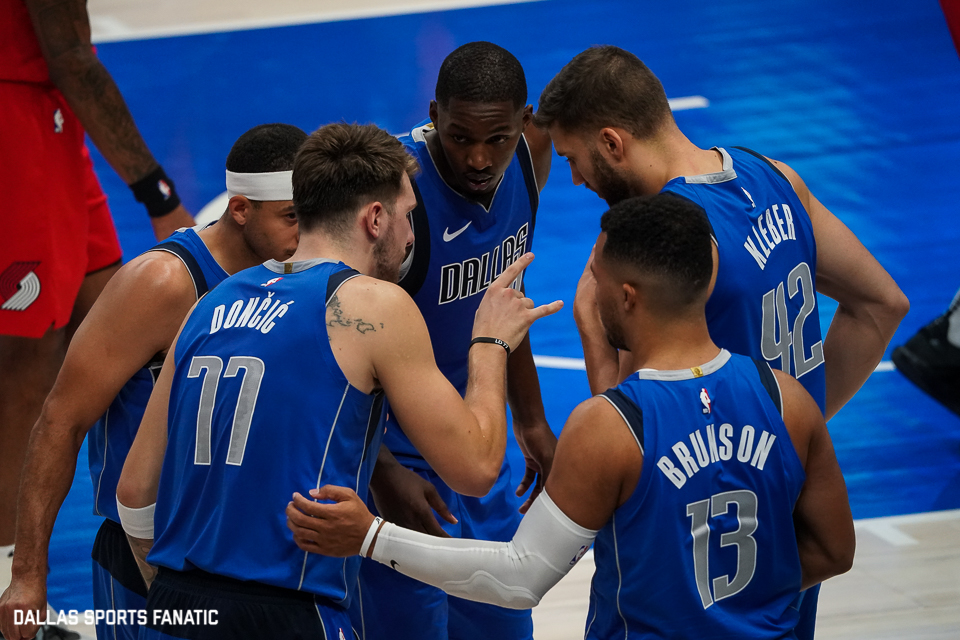 – Coach Carlisle’s early season starting five rotation seems to be settling down with Luka Doncic, Kristaps Porzingis, and Maxi Kleber getting at least three starts out of four games. Expect to see Kleber in the line up against a Nuggets team that has size and skill with Nikola Jokic and Paul Millsap in the front court. Kleber’s defense will be key against both of the All-Star big men and help take some of the burden off of Porzingis.

– This is the most balanced and complete team the Mavs will face so far this season. Dallas got a Beal-led Wizards, still developing-Pelicans, and a Lillard-McColumn heavy Blazers team to start the year. The Nuggets feature two All-Star big men, a blossoming Jamal Murray, and excellent support guys in Gary Harris and Will Barton. Dallas first trip to the Mile-High city will be a litmus test for their season.

– Although it is early, Denver is third in the league in three point percentage shooting 43% on roughly 30 attempts per game. They also do a great job of defending the three by only allowing opponents to shoot 24% from deep. Dallas has shot 33% from three this year and have kept their opponents to 31% from deep, good for 10th in the NBA.

Matchup of the night: Kristaps Porzingis vs Nikola Jokic

Tuesday’s game will feature two unicorns in Porzingis and Jokic. The amount of skill and size between these two is something to take notice of. Big men with the skills and shooting abilities that Jokic and Porzingis have are still rare in today’s ever evolving NBA. Jokic comes in averaging 21.5 points, 13.5 rebounds, and 7 assists while shooting a ridiculous 50% from the field and 43% from three. Porzingis has started the season strong with averages of 26.3 points, 5.7 rebounds, 3.3 assists, and 2.7 blocks on 46% from the field and 41% from three.

– Luka loves these types of games. The biggest stage with the brightest lights against the biggest names in the game, especially against the guy he looked up to in LeBron. Remember last year when Luka asked LeBron for his jersey during the game. I’d expect a less friendlier Luka this time around as it’s kill or be killed in the Western Conference.

– Anthony Davis has been posting up a lot in his first few games as a Laker which means Porzingis and Kleber will have their hands full all night. Not to mention that the Lakers have several great rebounders in AD, LeBron, and yes even JaVale McGee and Dwight Howard. The Mavs will need to be heavy on the boards to stop the freight train that is LeBron and Ad in the open court.

– Whoever shoots a higher percentage from downtown could easily come away with this game as both the Mavs and Lakers rank in the middle of the pack in three point percentage to start the season.

I get it, this is a star studded matchup with LeBron and AD going up against Luka and KP. And those matchups will be the focal point of the night, but we all expect those four stars to produce. This game will come down to the others and which group of role and bench players make the biggest impact. Closing out on the Lakers three point shooters in Danny Green, Kentavious Caldwell-Pope, Avery Bradley, and Troy Daniels will be crucial for Dallas in this matchup.

– The Cavs are certainly in rebuild mode as they sport a lineup with several recent lottery picks in Collin Sexton and Darius Garland. With these two at the starting guard spots, look the Mavs defense to force these young guards into making bad decisions and causing turnovers.

– Rebounding will be key in this matchup against the Cavs as they have two elite rebounders in Kevin Love and Tristan Thompson. Porzingis, Kleber, Doncic, and company will need to bang on the boards to get out and run against Cleveland. And here’s hoping Dwight Powell will be back in the lineup for this matchup, as well.

Matchup of the night: Kristaps Porzingis vs Kevin Love

Two elite big men in the NBA with similar skillsets. Both guys can shoot from anywhere on the floor and score at all three levels. Love is hands down the number one option in Cleveland with LeBron and Kyrie no longer there so making it difficult for Love to get going will be huge for the Dallas defense.