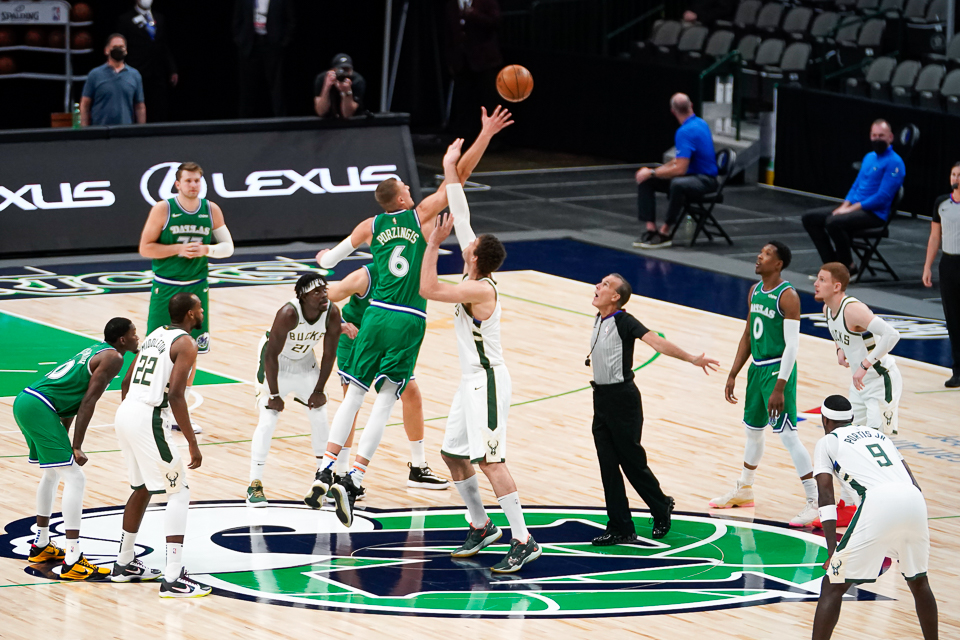 After the Los Angeles Lakers lost to the Sacramento Kings at home last night (HA! Oh wait…) in LeBron James’ first game back since injuring his ankle in February, the trio of the Lakers, Mavericks and Trail Blazers are all within one game of each other in the crowded Western Conference standings.

The standings currently have the Lakers in fifth, the Mavs in sixth and then the Blazers in seventh. Obviously the ability to avoid the seventh seed and avoiding the new play-in tournament is the ultimate prize for this trio of teams. The Lakers have been barely keeping their head above water for the last two months while they have dealt with injuries to their two superstars in James and Anthony Davis. Portland has had a very up-and-down season thanks to injuries and more recently just flat-out bad play, but they have beaten their last three opponents by an average of over 20 points per game.

The Mavericks, meanwhile, have had a confounding recent stretch with big wins over quality teams and infuriating losses over vastly inferior teams. Now they have an incredibly important back-to-back at home this weekend against a scorching-hot Washington Wizards team tonight and then their apparent kryptonite in the Sacramento Kings on Sunday. They’ll likely be without Kristaps Porzingis for one of, if not both, the games as he is battling lingering ankle and knee injuries that have popped up over the last nine-to-ten days.

For what it’s worth, here are the remaining schedules for this trio of teams clumped together from the fifth to seventh seeds in the West:

The results this weekend for Dallas won’t cement their place anywhere, but it sure is important for them to get these wins. A win tonight over the Wizards, winners of nine out of their last ten games, would momentarily lift the Mavs into fifth place in the West thanks to their tie-breaker edge over the Lakers.

Again it’s more important where they stand in two weeks, but the results right now have an incredible impact on the final standings.

Dallas gets their next chance to make a statement tonight at 8 PM against Washington.