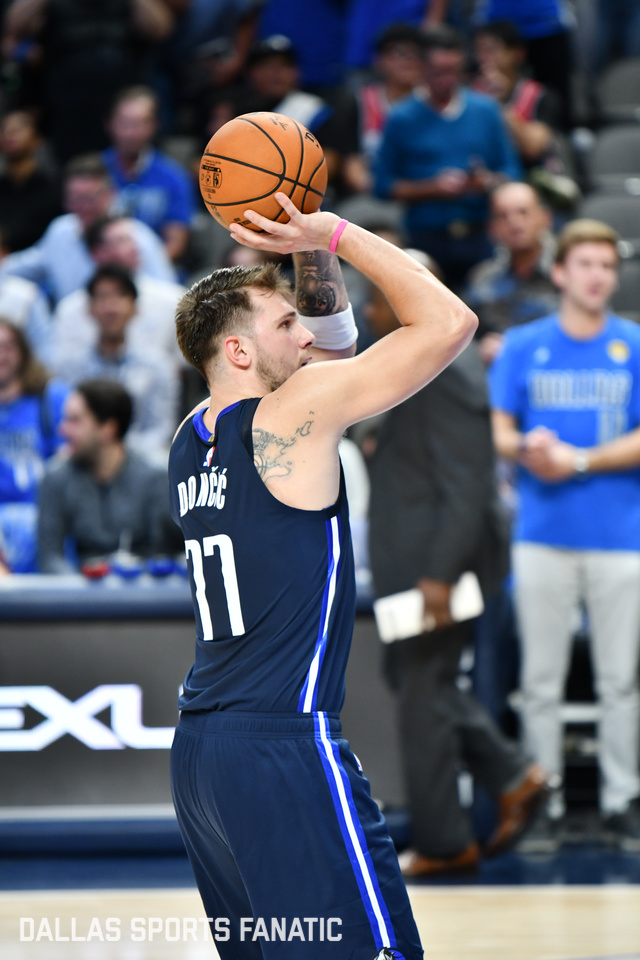 Let’s get this out of the way: Yes, the Mavericks were very much on the wrong end of some bad officiating against the Lakers (stop me if you’ve heard this before.)

Carlisle on the officiating: “I was upset too. But I’m not going to spend 50 grand criticizing it.” pic.twitter.com/bw3unJxYHA

It was, in my humble opinion, the most crushing regular season loss in the last several years for the Mavericks.

Somehow giving up a three to Danny Green on the last possession, when that’s the one thing you cannot do? Missing clutch free throws with a shot to put the game out of reach? Dwight Howard holding Seth Curry with both hands while Green tosses in the tying bucket? All of it is just brutal.

But ask yourself this…How long has it been since you felt this worked up over a Mavericks game, win or lose?

I can personally say it’s been awhile for me. Maybe I’m just an optimist, but it feels good to care again, despite the rotten result tonight.

So much of that hope stems from the absolute brilliance of Luka Doncic. He played maybe the best game of his young career, in particular in the third quarter.

It was a masterclass in running a team. He shredded a premium Lakers defense and hardly broke a sweat. In fact, he generated 10 points and 6 assists in the third period. That would account for 23 of the 27 points their team scored during that stretch.

Luka Doncic had 10 points and 6 assists during the Mavs’ 27 point third quarter. You could make a nice highlight reel for him from those 12 minutes.

Lebron of course answered him at every turn on the other end. But the fact that the Mavs have a star with the ability to match that level of greatness blow for blow, it’s something other franchises wait years, even decades for. Just ask the Sacramento Kings or Minnesota Timberwolves.

The duel between the aging megastar and his ascending heir was scintillating. Coach Carlisle certainly agreed.

“It’s great television,” his coach said succinctly. “You can’t watch that game and say the NBA isn’t one of the most compelling things to watch.”

The Mavs do have a lot going for them outside of Luka as well, Kristaps Porzingis chief among them. He’s had an uneven start to the season, which is acceptable for someone coming off a 20 month layoff, but the flashes have been incredible.

They also boast a deep and unique bench. They’ve got the best kept secret the league in Maxi Kleber, underrated and highly effective Delon Wright, and one of the most lethal snipers in the game in Seth Curry among that group. All of whom seem to support the team’s two stars in a positive way.

It’s not my intent to throw this positivity in your face after that vomit inducing loss. But I can’t help but feel hopeful. The Mavericks are a couple favorable whistles and bounces away from being a 5-0 team. They’ve taken three contending teams in Portland, Denver, and the Lakers to the wire and won one of them.

I spoke with Carlisle before the game about the idea of this being a litmus test or “measuring stick” of sorts. He gave a generic coaches response, but admitted he was curious how his squad would look.

After the final buzzer sounded, he had some answers.

“I learned that we have a really talented group,” he said. “We have an amazing ability to make plays, but we need to work on that next play mentality.”

They will look to do that when they head to Cleveland on Sunday night.