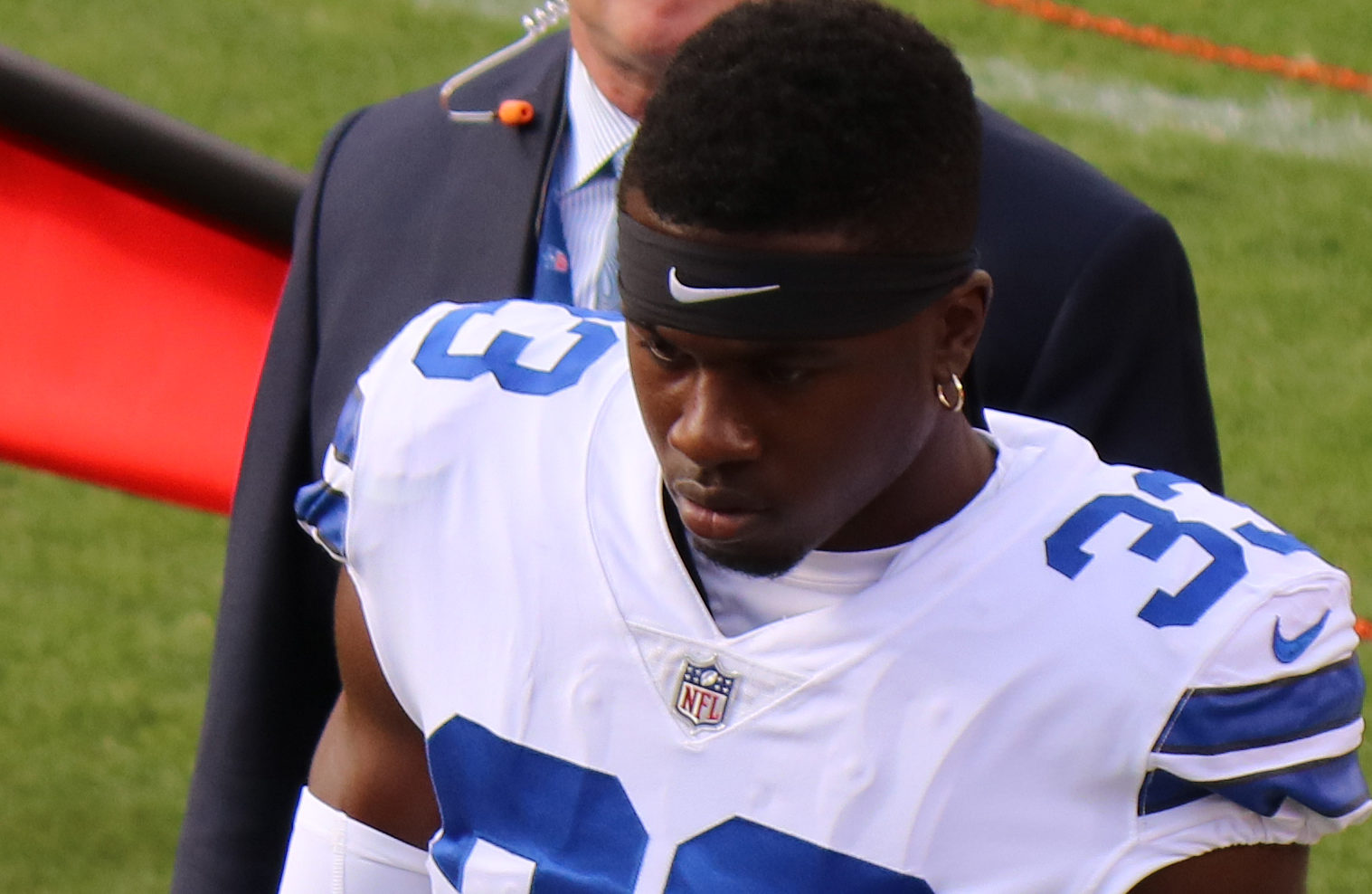 New Number, But Who is Chidobe Awuzie?

Photo: "Chidobe Awuzie, a player on the National Football League" by Denverjeffrey is licensed under Creative Commons Attribution 4.0 International

New Number, But Who is Chidobe Awuzie?

You can learn a lot about an individual by looking at their Twitter profile. You could also simply Google their name or, perhaps, talk to said person. But for the sake of entertainment, let’s try the former on Dallas Cowboys cornerback Chidobe Awuzie.

Based on the first few tweets/retweets on his profile I’ve learned that:

1. He is not an advocate of those who pretend to do, be or have something that they, in fact, do not.

2. His recent interview on the YouTube show “Tapped in w/BQ” is now live.

3. He is proud of fellow Bay Area product Ryan Coogler for the success of the box office hit, “Black Panther.”

It’s basic information, yes, but insight into whom Awuzie is, no less. That is the social medium that Twitter has become. From tweets to retweets to likes, Twitter allows individuals to voice their thoughts and show their definition of self.

That being said, I decided to dig a little deeper. I wanted to know more about the 2017 second-round draft pick. More than his 2017 stats. More than the fact that he’s
“no sucker” when it comes to colliding with the likes of Marshawn Lynch. Who is Chidobe Awuzie?

First of all, his name is pronounced Chih-doe-beh Ah-wooz-yeh. I have a history of messing up names, so I had to get this one right from the jump.

.@ChidobeAwuzie was kind enough to take the time to help all of #CowboysNation learn how to correctly say his name. pic.twitter.com/xUpnaU3hAr

Awuzie’s Nigerian pride and Christian faith are evident throughout his profile. For starters, his bio reads “1love,” followed by the Nigerian flag emoji and a heart. In Nigerian culture Awuzie means “I have arrived,” which many deemed fitting for the 22-year-old rookie’s season highs. His first name means “God will guide me.” Sprinkled throughout his tweets are retweets from a bible scripture account.

In an interview with Drew Davison of the Star-Telegram, Awuzie’s mother said that the Nigerian upbringing is “all about dedication” and seeing things through. You can see these sentiments reflected in several areas of his life. Take his time at the University of Colorado, for example. He played all four positions in the secondary and was touted as one of the most versatile players in the university’s recent history. Awuzie became the first CU player to receive an invite to the NFL draft.

His physicality impressed on field, earning nods for the Jim Thorpe Award, Bronko Nagurski Award and the Chuck Bednarik Award, but his character was even more remarkable. His coaches honored him for his outstanding leadership with the Eddie Crowder Award, named for the former longtime CU coach and athletic director.

He took his role as a “student athlete” seriously, maintaining a 3.13 grade point average in his senior year and earning his Business degree in less than four years. Not to mention the community service hours he’d put in working with the homeless. The aforementioned facts were found on his profile on CU’s website. But honestly, I think I learned the most about Awuzie and his character from this tweet alone:

In 2014, 276 girls were kidnapped in Nigeria.. 2017 & more than 100 still in captivity. In Africa, issues rarely get attention or resolved. W Libya slave trade going on and girls still missing, I wanted to bring awareness & honor efforts for change in Africa. #MyCauseMyCleats pic.twitter.com/py4HrI7IDt

Awuzie isn’t just a football player. He’s a proud Nigerian football player who is passionate about his Nigerian culture and uses his platform to bring awareness to the social issues affecting his country. Awuzie is one who lets his actions speak, and I’m looking forward to seeing that transpire in his play and career as a Dallas Cowboy.

Awuzie recently made headlines because of his number change to 24. This is significant because, of course, as an athlete your number can come to define you and your legacy, a la Michael Jordan, Kobe Bryant, etc. What do I think when you hear the number 22? Emmitt Smith. You catch my drift.

For the Cowboys, Nolan Carroll last wore 24 and Morris Claiborne sported it before him. The most noteworthy player to wear the Cowboys 24 would be decorated defensive back Everson Walls. How’s that for inspiration? Awuzie’s goal is to own his new number and make it memorable. Given what I know about him so far, it could very well happen.