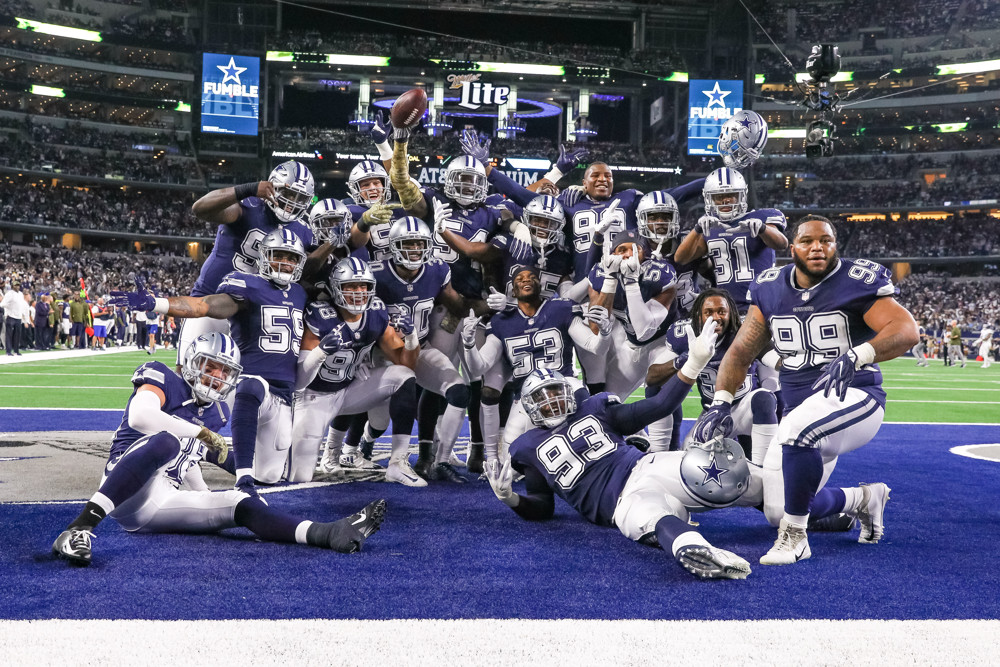 While the sporting world isolates itself and remains in quarantine, the NFL has given complimentary access to fans in the U.S. and Internationally to past full regular and postseason games broadcasts, NFL Originals and the other perks of the deal.

Not only do fans get to relive their favorite memories, but they are also allowed a chance to break down the tape from a coaches point of a view with the “All-22” feature.

However, we’re focusing on the top-15 Dallas Cowboys games to stream from 2011-2019. Mixed in are some shootouts, blowouts and disappointing defeats, but it all equated to some exciting moments over the past decade. Here’s the list:

The Dallas Cowboys won this game 27-24 on the leg of Dan Bailey who booted home a 19-yard field goal in overtime.

Playing with a fractured rib he suffered in the second quarter of the game, Tony Romo hit Jesse Holley on a 77-yard completion on the Cowboys’ first play of overtime to set up the game-winning field goal.

Dallas fell behind 14-0 in the second quarter before Romo was able to rally his team to victory. He finished with 345 yards and two touchdowns.

Dan Bailey kicked a 21-yard field goal 1:24 into overtime to advance Dallas past the Pittsburgh Steelers, 27-24, at Cowboys Stadium.

Ben Roethlisberger threw an interception on the second play of OT that was intercepted by corner Brandon Carr before he returned it 36 yards to the Steeler one-yard line.

With just two weeks left in the season, the game had major playoff implications. The victory allowed Dallas (8-6) to move into a tie with the Redskins and Giants for first place in the NFC East.

A touchdown connection from Tony Romo to Mile Austin in the final seconds of the game sent the contest into overtime. The game was an offensive frenzy with Dallas trailing 31-17 halfway through the fourth quarter.

Nearly 100 points scored and 1,000 yards of offense between the two teams. There’s not much more need to be said on why this was one of the most electrifying games of the past decade.

Unfortunately, it was Denver’s Peyton Manning that got the best of the matchup.

The Dallas Cowboys needed a win at Washington to keep their playoff hopes alive. Tony Romo delivered in the waning seconds of this divisional war.

He, literally, broke his back trying to will his team into the playoffs and it stands to be one of his clutchest performances of his career. A last-second touchdown capped off the Cowboys’ 24-23 win.

A redemption game for the Cowboys who were smoked by the Saints the year before. It wasn’t a close thriller, but it was simply fun watching Dallas overpower the Saints, 38-17.

Perhaps one of the most iconic moves from Romo was on display in this overtime thriller. He used his patented spin move to evade J.J. Watt, who immediately beat Tyron Smith off the line, before connecting with Terrance Williams for a touchdown downfield.

He threw another memorable pass to Dez Bryant whose jump-ball grab set up Dan Bailey’s winning 49-yard field goal, and the Cowboys bounced back from blowing a 10-point lead late in the fourth quarter to beat Houston 20-17.

Many people were still on the fence about just how good the 2014 Dallas Cowboys were. Even sporting a four-game winning streak, many believed Dallas’ run would end in the hostile environment of Century Link Field.

However, the Cowboys proved they were one of the elite teams in the league as they bypassed them, 30-23, behind a 115-yard rushing day for DeMarco Murray. A pair of sensational plays from Romo, Terrance Williams and Rolando McClain also highlighted the afternoon.

Another revenge game for the Dallas Cowboys. Philadelphia demolished Dallas, 33-10, in week 13 on Thanksgiving ending their two-game winning streak. This game wasn’t a close overtime thriller but we got to see the Romo-Bryant connection at its absolute peak as Dez went for three touchdowns in the Cowboys 28-27 victory over the Eagles.

Controversy, controversy, and more controversy. A beneficial call is what many Detroit fans remember, while Dallas fans remember their team overcoming a 17-7 first-half deficit. This game also could have possibly labeled DeMarcus Lawrence as one of the unluckiest players in Dallas history.

What do you get when two rookies lead their team into Lambeau Field against Aaron Rodgers? You wouldn’t expect a 30-16 win with both stars combining for 400 yards of offense.

Another showcasing of a pair of rookies leading their team into one of the more historic places in the NFL.

This game was pure excitement. A final touchdown run from Ezekiel Elliott melted the game away as the Cowboys won 35-30. Elliott accounted for 200 yards of offense and three touchdowns in the win.

Welcome to the party, Amari Cooper. 455 yards passing from Dak, 115 yards rushing for Zeke and 217 yards receiving, with three touchdowns, for Cooper.

His performance helped Dallas defeat the Eagles, 29-23, in overtime. A batted ball that fell right into the arms of Cooper ended the game for Dallas and secured the season sweep over the Eagles.

A back-and-forth affair landed in the Cowboys favor in their 35-27 win over the Lions. With the Lions devoting all their attention to containing Elliott, Prescott went for 444 yards and three touchdowns. On the receiving end of those passes were Michael Gallup and Randall Cobb who both enjoyed 100 yards receiving.

Complete dominate from both sides of the ball and a reminder of what this offense could possibly be in 2020. Prescott only threw for 212 yards but watched Elliott and Tony Pollard go over 100 yards rushing.