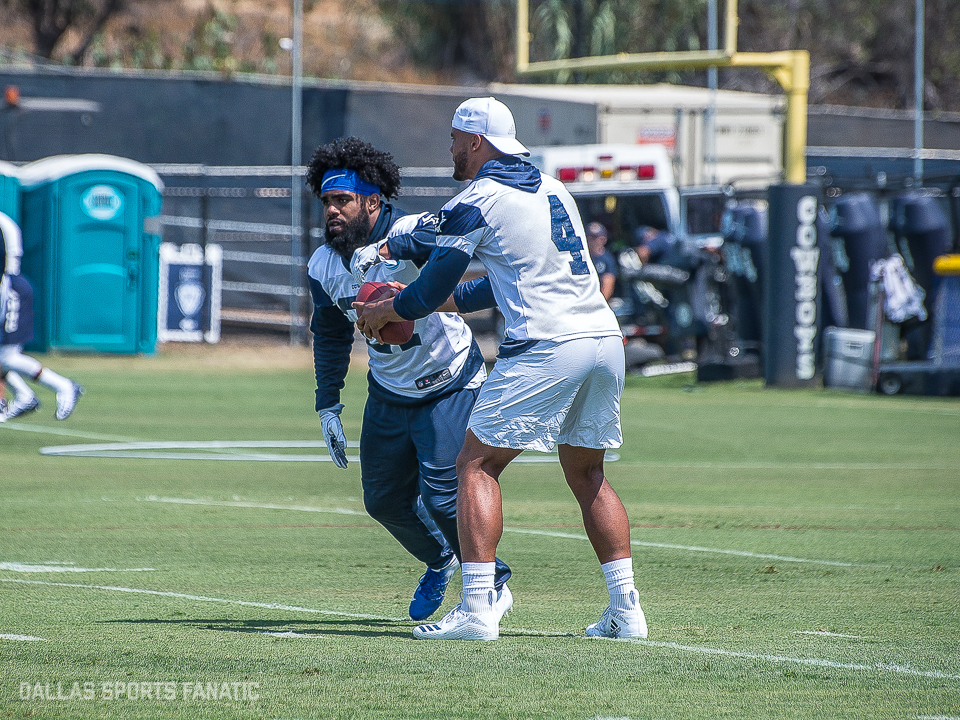 Oxnard Press Conference: Prescott slated to be a full go for training camp

Oxnard Press Conference: Prescott slated to be a full go for training camp

OXNARD, Calif – It’s been 18 months since the Dallas Cowboys held their training camp in Oxnard, California.

Dallas was forced to hold training camp at The Star in Frisco last year in response to the COVID-19 pandemic that swept the globe. Excitement for football activities to return as the opening practice for Dallas is less than 24 hours away and their first action against an opposing team is 10 days away.

As the NFL attempts to push teams towards the 85% threshold before the season opener, Dallas is a few marks below that spot at 77%.

Still, Jerry was confident in the fact there isn’t a single player they will not be able to play during their first preseason game against the Pittsburg Steelers. Despite the team as a whole not meeting the NFL’s vaccine benchmark, the team’s coaching staff is fully vaccinated.

The highlight of the open presser came with McCarthy’s announcement that Dak Prescott is a full go for practices as he returns from a compound fracture and dislocated his right ankle against the Giants last October.

Prescott participated in minicamp, but was limited and never did any 11-on-11 drills or saw any kind of pass rush. He should be in the thick of it come this time next week. Prescott, despite his injury, earned a big contract extension and pay day this offseason. His absence meant a lost season for the Cowboys which likely pushed Jerry Jones to get a deal done.

“It was great to get Dak back on every level,” McCarthy said. “He’s an outstanding quarterback that has great days in front of him.”