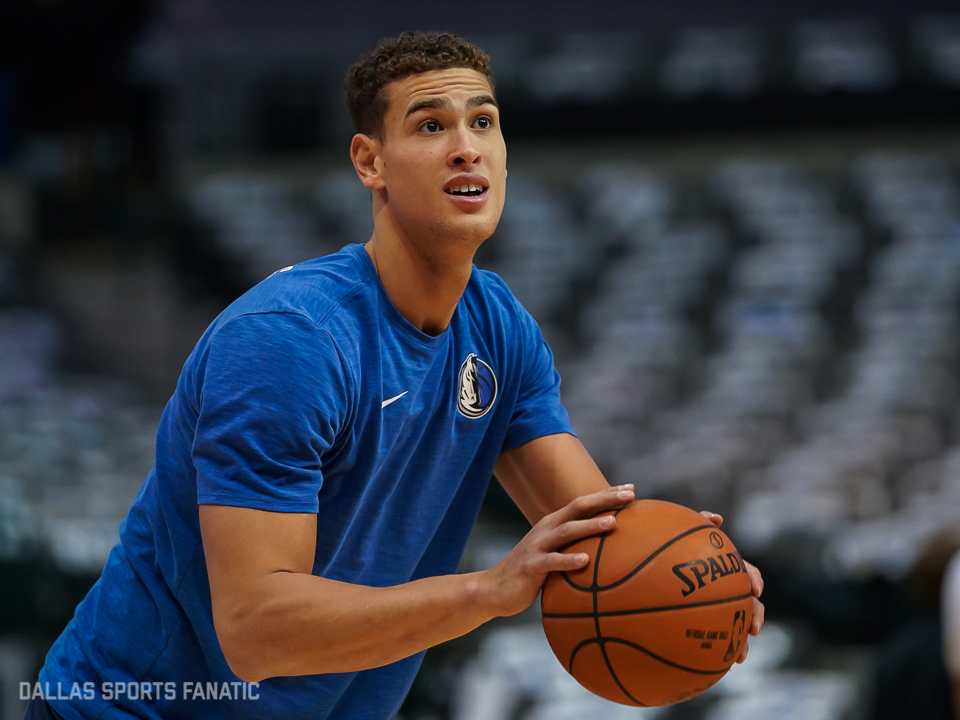 Preview: Mavs Travel to Utah in Search of Second Win

Preview: Mavs Travel to Utah in Search of Second Win

The Dallas Mavericks begin a two game road trip by taking on the Utah Jazz tonight in hopes of earning their second win of the season. Tonight’s game will be the first of three meetings between Dallas and Utah. Coming into this game the Mavericks are 1-6 and the Jazz are 3-3.

Last year the Jazz won the series against Dallas 3-1 with the help of Gordon Hayward and George Hill. The starting line-up will look different for the Jazz this time around. The  Jazz are now running with a starting line up featuring Ricky Rubio, Rodney Hood, Joe Ingles, Derrick Favors, and Rudy Gobert after Hayward and Hill left in free agency.

Dallas has also had changes of their own since they last squared up against Utah. The Mavs/Jazz series of the 2016-2017 NBA season finished on February 9th. The Mavs completed the Nerlens Noel trade on February 23rd, so Utah has yet to see Noel in a Dallas uniform. Dennis Smith Jr. is the Mavs newest draft pick and point guard of the future. Tonight will be his first match up against the Jazz as well as new Jazz point guard Ricky Rubio.

Nerlens Noel vs. Rudy Gobert: This will be a fun battle between young, springy big men. Expect to see multiple dives to the basket in hopes of catching lobs from their new guards. Noel is coming off of a 4 point, 4 rebound, 2 tunover game against the 76ers where former teammate Joel Embiid dominated him and the other Mavs front court players. Although he is only seeing about 20 minutes per game this year, Noel should get a little more opportunity to be on the floor against Gobert. Gobert enters the contest with averages of 13 points, 10.8 rebounds, and 2.3 blocks in 34 minutes per game. In his previous game against the Lakers Gobert had 6 points 8 rebounds, and 3 blocks in 35 minutes. He will be looking to bounce back and take advantage of a small front court whenever Noel is not on the floor.

Wesley Matthews vs. Rodney Hood: Assuming Rick Carlisle deploys his traditional line up with Wes Matthews at the shooting guard spot, Matthews will get to see plenty of Rodney Hood. Jazz coach Quin Snyder has given Hood the green light to look to score in order to fill the scoring void left by Gordon Hayward’s departure. Although he missed one game with a calf strain, Hood is averaging 15 points on 45% shooting from the field and 41% from three. He comes in averaging 26 minutes per game and since he is a few days removed from his injury his minutes could increase, leading to more scoring opportunities. Matthews comes into the game with 12 steals this year, good for 8th in the NBA per Basketball-Reference. The Mavs will need him to be active on the defensive end as always to give this team a chance.

Dennis Smith Jr. vs. Ricky Rubio: There are going to be a lot of “firsts” for DSJ this year and this game is one of them. This will be the first time that DSJ will play the Jazz as well as the first time he has gone against Ricky Rubio. Rubio is not known for his scoring ability (career average of 10.4 per game) even though he is averaging 15 point per game this year, the highest in his career. Instead he is known to be a pesky defender with quick hands as he has averaged 2 steals per game over his career and is currently 11th in the NBA in steals. DSJ will be looking to attack Rubio off the dribble to open spaces up for his teammates, something that Rubio may welcome in order to bait the rookie into turnovers, as DSJ has averaged 3 turnovers per game game this year.

Rebounds: The Mavs have lost the rebound battle in every game this year. In their only win, against Memphis, the Mavs lost the rebounding battle 48-46 thanks to some garbage time rebounds for the Grizzlies. Dallas ranks 28th in the NBA at 40.1 rebounds per game. Utah is not much better, ranking 25th in the NBA at 41.5. They have only won the rebounding battle in one game this year, which they won. Whichever team decides that winning the rebound battle will get them that much closer to a W.

Turnovers: Aside from Wesley Matthews early season struggles with turnovers (11 in his first 3 games) the Mavs are actually at top of the league in this category. Dallas is averaging 14 turnovers per game this year, good for 2nd in the NBA and pretty incredible considering the Mavs have a starting point guard who is learning the NBA more and more every day. On the other side of the spectrum is Utah. The Jazz are bottom of the NBA in turnovers at roughly 20 per game and have the worst mark defending off of turnovers, allowing opponents roughly 24 points off of turnovers.  If the Mavs can capitalize on the Jazz poor execution with scores and keep their own turnovers low they have a good shot at getting win number two tonight.