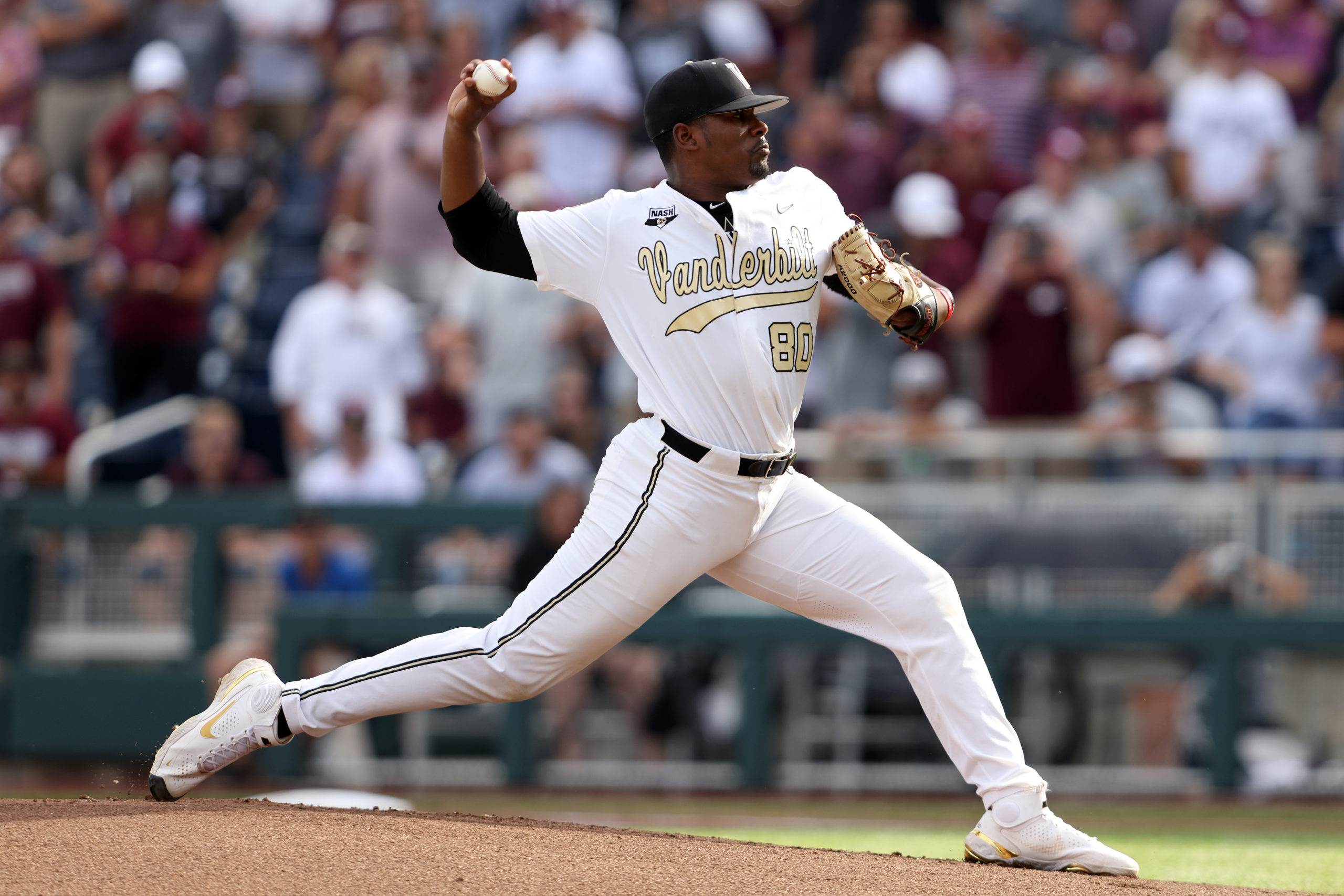 This time last year, Dallas Sports Fanatic pondered at the spectacle of Vanderbilt pitchers Jack Leiter and Kumar Rocker in the 2021 College World Series. It posited that, if the Rangers could snag one of the star righties from the best rotation in baseball, the franchise could take a huge leap forward.

Here we are a year later, and the Rangers got both.

In a stunning turn of events, Texas drafted RHP Kumar Rocker No. 3 overall in the 2022 MLB Draft Sunday night.

Rocker, 22, was drafted 10th overall in 2021 after being heralded as a potential top draft pick by many scouts. Injury questions saw him slip down the board to the New York Mets- but he failed to sign after the Mets reviewed his medical information- which he and agent Scott Boras insist is a non-issue.

"Two tremendously talented players, great competitors who have had success at a very high level. Any organization would be lucky to have two players of that caliber. Thrilled they're going to be Texas Rangers."

Rocker elected not to return to school, and recently pitched with the Tri-City Valley Cats of the Independent Frontier League, and dazzled with a 1.35 ERA and 32 strikeouts over 20 innings. His fastball was clocked at 99 MPH, likely assuring Rangers brass that he and Boras’ assertion was correct.

A proven winner, rose to fame in his sophomore season when he became the first pitcher to throw a no-hitter in the NCAA Super Regional round, adding in 19 strikeouts in a win over Duke on the way to a 2019 National Championship.

All that remains is haggling over the slot offer (he reportedly verbally agreed to a $6 million signing bonus last year), but with him in tow, the Rangers bolster an already re-loaded farm system and pack a formidable punch with he and Leiter in the rotation for years forward.