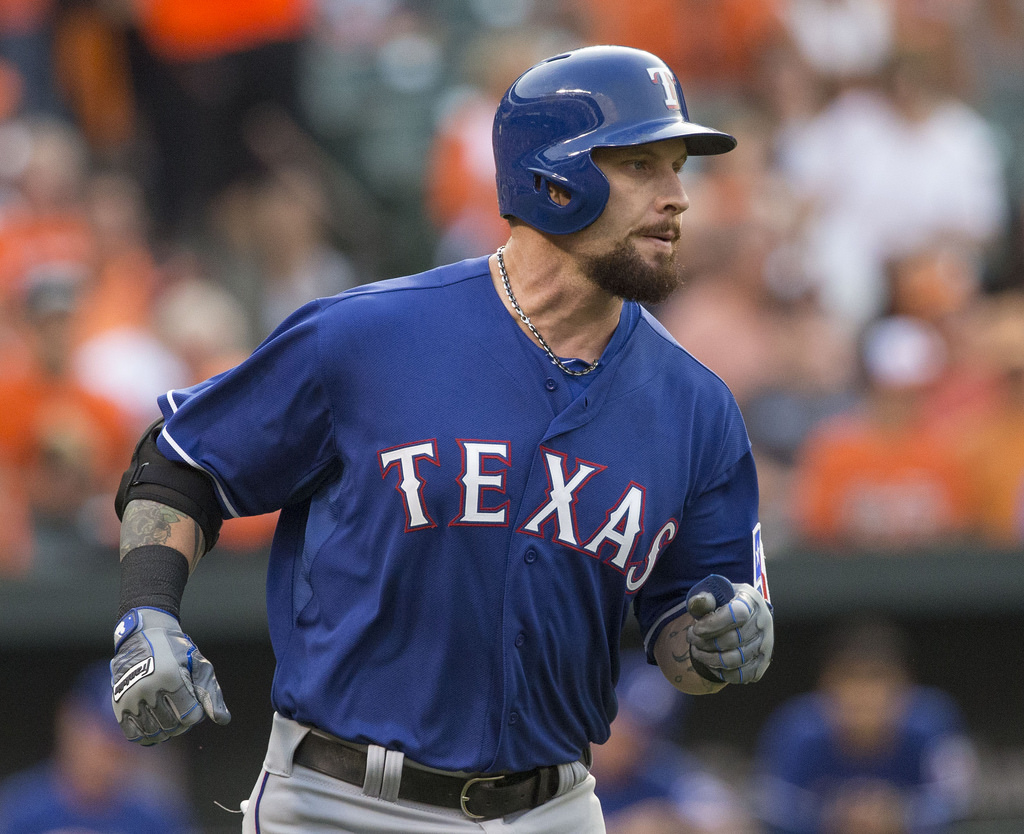 Rangers Memories: Josh Hamilton’s 2008 Walkoff against K-Rod and the Angels

Rangers Memories: Josh Hamilton’s 2008 Walkoff against K-Rod and the Angels

2008 was the year of Josh Hamilton for the Texas Rangers. It was Hamilton’s first year in a Rangers uniform after the trade with the Cincinnati Reds and boy did Hambone make an impression. Josh won American League Player of the month in both April and May hitting .333 in April and .322 in May. Also, Hamilton hit fourteen dingers and sixty-one RBIs over the two month period. In Hamilton’s rookie season in 2007 with the Reds, Josh hit .292 with nineteen home runs and forty-seven RBIs in ninety games.  There was a lot of firsts during the 2008 season for Josh Hamilton, but on July 9, 2008, maybe the first that sticks out to a lot of Rangers fans: his first walk-off home run.

Hamilton’s career feat homer came in game three of a four-game series against the first-place Los Angeles Angels. I recall most of this four-game series like it was yesterday (even as a  then seventeen year old boy). The Angels came to town up six games in the AL West over a scuffling Oakland Athletics team and 7.5 game lead on the Rangers. Los Angeles also entered the series winning ten of their last fifteen games while the Rangers had a positive road trip going 4-2 in Baltimore and New York. Texas looked to make a home statement against their first-place rival, and the series didn’t start too well.

The club fell behind 8-0 in the second inning of game 1, and while Texas fought back to score six unanswered, the Angels hung on for the 9-6 win and extended the deficit for 8.5 games. After a 2:15 Matt Harrison seven-inning gem, the Rangers evened up the series at one heading into July 9 and game three of this series. Texas mustered up a couple of runs off Angels’ starter Jered Weaver (one earned), but had difficulty with relievers Jose Arredondo and Scott Shields. Meanwhile, after six quality innings from Warner Madrigal and Josh Rupe, the Angels struck with a two-run home run from Juan Rivera off Frank Francisco thus heading to the bottom of the ninth with a 4-2 Angels lead.

In came Angels’ All-Star closer, Francisco Rodriguez (K-Rod). In the first game of the series, K-Rod picked up his thirty-fifth save of the season which became an MLB record for most saves before the All-Star break. It was also the team’s eighty-ninth game of the season. After Ramon Vasquez walked and moved to second on a Frank Catalanotto groundout, Michael Young delivered with a two-out 1-1 single to the left, and the Rangers deficit trimmed to one. Then Josh Hamilton came to the dish. Hambone was 0 for 4 with a strikeout that Wednesday night. After Michael Young stole second base, Hamilton on a hitters 3-1 count got a curve ball from K-Rod in his sweet spot (on the inside part of the plate). Hambone promptly devoured the pitch to right field sending 24,500 fans home happy.

Before that home run, K-Rod allowed five total runs in his previous thirty-seven outings (thirty-five innings). Of course, everyone watching it on TV experienced the same emotion as Rangers TV announcer Josh Lewin (now with the Red Sox radio) did that night. It cemented an incredible first half of the season for Hamilton and the Rangers. The next week, Josh would put on a show at Yankee Stadium with his absurd home run derby performance I’m sure we all are aware of. Later that season, Hamilton received a treatment that only Barry Bonds can say, an intentional walk with the bases loaded, courtesy of Joe Maddon and the Rays.

In that series alone, there were a lot of memories, at least for me. One of the more memorable moments was the two different occurrences were short time Rangers, Max Ramirez got bowled over. Another was the Rangers offense tagging John Lackey for fifteen hits in five and two-thirds innings and tying the game at ten on a Max Ramirez home run. It forced the game to extra innings (Angels won it 11-10 on a Maicer Izturis go-ahead single in the 11th). However, it’s the Josh Hamilton walk-off two-run home run that dominates the memory bank of that particular week of baseball. It also fastened Josh Hamilton’s legacy as a Texas Rangers. Congratulations on the induction, Josh. It is well-deserved.

A fun Rangers fact, the first time that Rangers catcher Max Ramirez got bowled over in this Angels series, the runner was current Rangers catcher Jeff Mathis. Mathis spent time on the Angels roster from 2005-2011 before going to the Blue Jays.

Related content:
Hamilton walks it off after emotional week