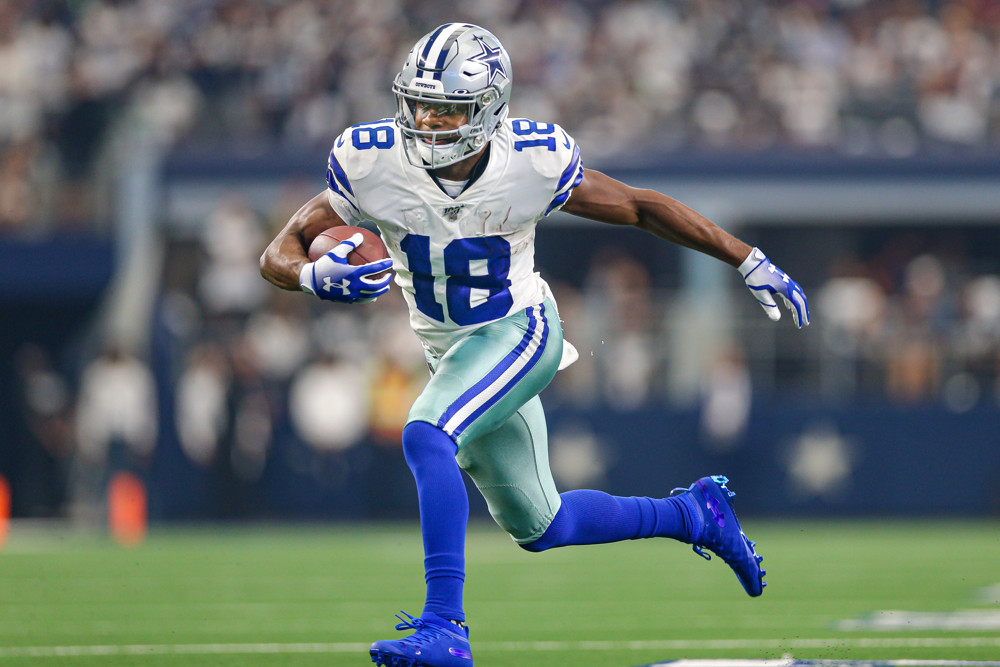 Christmas did not come early for the Dallas Cowboys as they fell 17-9 to the Philadelphia Eagles Sunday afternoon in Philadelphia.

And on the final drive of the game for Dallas, they reassured why, at best, this is an 8-8 football team.

First play, Dak Prescott found Randall Cobb down the right side for a 13-yard gain. On the ensuing play, a near breakaway touchdown was overthrown to Tavon Austin deep down the left sideline. Austin immediately beat his man off the line and outran his defender down the sideline as Prescott overshot the speedster.

The next play saw Prescott once again connect with Cobb for a 21-yard reception. Cobb roared to the Dallas sideline with pure passion after he bounced off a huge hit from an opposing Eagles’ defender.

Dallas, personifying inconsistency as usual, nearly sprung another homerun score on a deep pass to Michael Gallup. Gallup shifted pass, Jalen Mills, as Prescott dropped a dime to him down the right sideline. However, the ball sputtered off his hands and gave Dallas 2nd & 10 on their own 46. A couple of short passes to Austin and Cooper put them on the Philadelphia 25 with a 1:54 left and all three timeouts at their disposal.

Another checkdown to Cooper put Dallas at the 19 before a Vinny Curry sack moved them back to the 23.
Faced with 3rd & 8, Prescott rolled left and attempted to pin a needle to Cooper near the endzone, who was bracketed. Fortunately, Prescott’s arm was hit and the pass fell short.

Cooper and Cobb came sprinting off the field as Dallas was pressed with a 4th & 8. Prescott dropped back and threw up a prayer to Gallup who was smothered in the endzone. Ronald Darby played it well as Gallup was unable to reel the jump ball pass in.

Philadelphia needed one first down to end the game and picked it up on a second-down pass to Dallas Goedert.

The Cowboys will need a win next week against Washington and an Eagles loss against Giants to clinch the division and a playoff spot.
With a chance to lock up back-to-back division titles for the first time since the ’90s., an absence of was nearly non-existent in a 17-9 loss against the Philadelphia Eagles.

Consistent with the majority of their season, the Cowboys’ offense began flat and saw themselves fall into an early 10-0 hole.

Down 10-6 at the break, the Cowboys began the second half with the ball and 30 minutes of game time left to secure their division crown.
Their first drive of the third quarter seemed promising.

39 total yards from scrimmage for Ezekiel Elliott helped push Dallas to the PHI 26. Elliott pulled himself from the game on 2nd & 2, which inserted Tony Pollard into the game.

Pollard was stuffed for a yard on his first carry. Then, on 3rd & 1, Pollard took the pitch from Prescott and was met by Fletcher Cox who not only pinned him at the line of scrimmage but forced the ball loose.

The Eagles took over on their own 26 and were forced to punt but it would be the last time Dallas reached enemy territory until the top of the fourth quarter.

Forbath booted another 49-yard field goal home with eight minutes left in the game and sat the score at 17-9, where it would stay for the rest of the ball game.