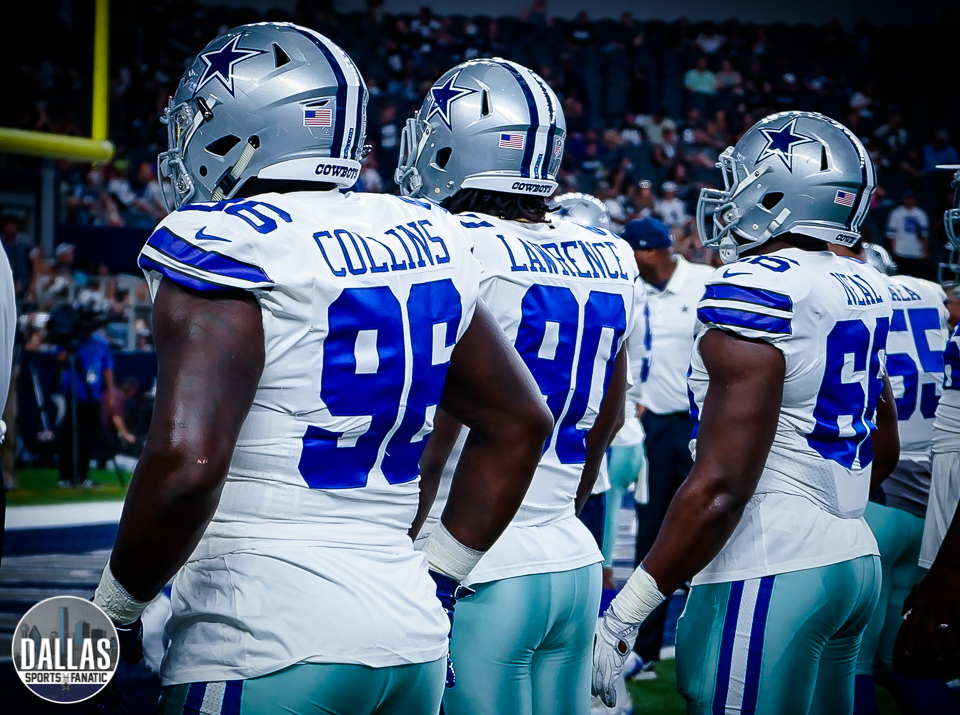 DeMarcus Lawrence isn’t much of a tweeter, but Monday afternoon the sack master took to the site to showcase his excitement about “securing the bag” and getting the tag.

While I have everyone's attention. I know I'm late but…… #DezCaughtIt

The Dallas Cowboys unsurprisingly placed the franchise tag on the fourth-year veteran after a stellar season that featured 14.5 sacks and a Pro Bowl nod, ensuring that their star was secure heading into free agency. The tag often gets a bad rap from NFL players, as it is viewed as a lucrative short-term solution with minimal security. Many say the goal for a rising NFL star is guaranteed money over a number of years. A 25-year-old Lawrence, on the other hand, is looking at the $17.1 million tender as just the beginning.

“I feel like they have given me the opportunity to really break the bank next year,” said Lawrence in an interview with NFL Network’s Jane Slater Monday night.

He has a point. Last season Kirk Cousins used the tag to his advantage, and now everyone is watching to see not only where he lands, but what kind of deal he lands. If Lawrence continues the surge he started in the 2017 season, he certainly could “break the bank” in 2019. Then, of course, there’s always the possibility of Lawrence and the Cowboys reaching a long-term agreement prior to the July 16 deadline. Honestly, I think Lawrence is liking the way things are shaping out.

The NFL salary cap for the 2018 season is set at $177.2 million, and K.D. Drummond of USA Today reported that the Cowboys are sitting at $16.4 million of cap space. So if Lawrence’s $17.1 million tag sticks, it’s going to be a boring free agency in terms of landing any high-profile players. Naturally, restructuring contracts (Sean Lee, Travis Frederick, Tyron Smith) and releasing players (Orlando Scandrick, don’t want to say Dez Bryant, but there’s a chance) will happen to free up some space. Then, of course, you have your draft picks and potential trades.

Owner Jerry Jones said last offseason that he wanted to find a “war daddy” for the Cowboys defense, and I think he answered his own question of where and how to get him with Lawrence. The question now is if Jones thinks the Cowboys can compete at an elite level with the same cast sans a few players, plus draft picks and trade pick-ups.