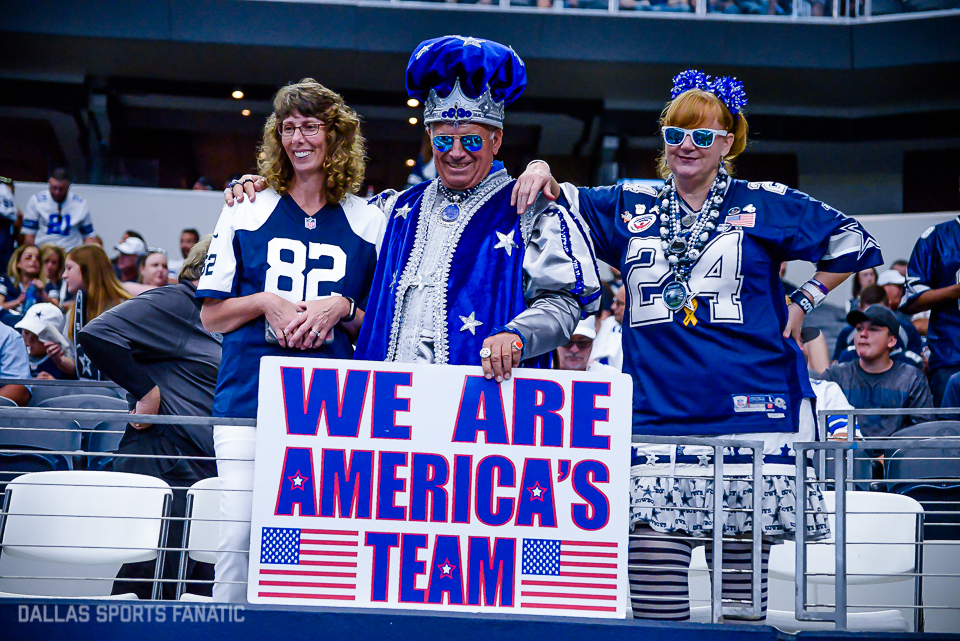 Ah, yes. The faint smell of regular season football is in the air. As preseason comes to an end and we prepare for a trip down the road to Super Bowl LIII, the bumps along the path have become a little more visible.

The Dallas Cowboys obviously have several immediate questions that need to be answered in the coming days. Bo Scarbrough or Darius Jackson? Do we keep Rico Gathers? What will the 53-man roster look like? And so on.

Here are six more questions that may take a little more time to answer. Let’s ponder:

Will the depth at offensive line be a problem down the road?

We got a taste of this last season with Tyron Smith’s injury, and it didn’t go over too well. Zack Martin is coming off a knee injury that he suffered in the team’s second preseason. He’s still expected to play in the season opener against the Carolina Panthers, but concerning, nonetheless.

Travis Frederick explained his Guillain-Barre syndrome diagnosis last week, a rare auto-immune disease where the immune system mistakenly attacks part of its nervous system. There is treatment, but no cure. A timetable for his return is unknown. Five-year veteran Joe Looney has stepped up to replace Frederick in his absence.

It’s hard to admit, but we’re starting to see that there will come a time when this boss trio will no longer be the glue holding this dominant offensive line together. So, what happens when that time comes?

How confident are we in the quarterbacks behind Dak Prescott?

About as confident as I am in my abilities to play backup.

Look, I understand using the “not playing with starters” excuse to justify what we’ve seen out of Cooper Rush and Mike White this preseason. But make sure it’s also understood that they haven’t been playing against starters either. Scary, right?

As our own Christina Vela said, Rush and White could very well develop into formidable NFL quarterbacks. But, probably not this season. Surely, we’ve learned from seasons past and the Cowboys will sign some security before the unthinkable happens, right?

We have Jeff Heath and who else at safety?

No, but really. Xavier Woods isn’t expected to play in the season opener due to a hamstring injury he suffered against the Cincinnati Bengals in the second preseason game. Kavon Frazier has been dealing with a shoulder injury. Even Heath has been nursing a mild ankle sprain.

So, there’s Tyree Robinson? Perhaps, additional talent from outside the roster? Perhaps, Earl Thomas? Has that ship sailed, yet?

Do the Cowboys seem to have a depth issue?

Is Scott Linehan ready to up his creativity at offensive coordinator?

Remember that time Dez Bryant went on a twitter rant, spilled all the tea and said that “everybody lined up in the same spot” for the entire 2017 season? Where was the lie, guys?

Well, it’s a new season and a new offense built around young stars and fresh talent. It’s a recipe for creative juice, and it’s been long time for Linehan to take a sip. We saw how changing things up can benefit a team a la Doug Pederson and the Philadelphia Eagles. Is this the year for the Cowboys?

Is Kris Richard the hero we didn’t know we needed?

People often complain about Jason Garrett’s demeanor on the field. Not enough fire and too much hand clapping, they say. Thanks to defensive backs coach Kris Richard, we get the best of both worlds. It’s truly the best.

Kris Richard makes you as a Cowboys fan feel _____? pic.twitter.com/Loim4H88oW

Ah. Football is back.