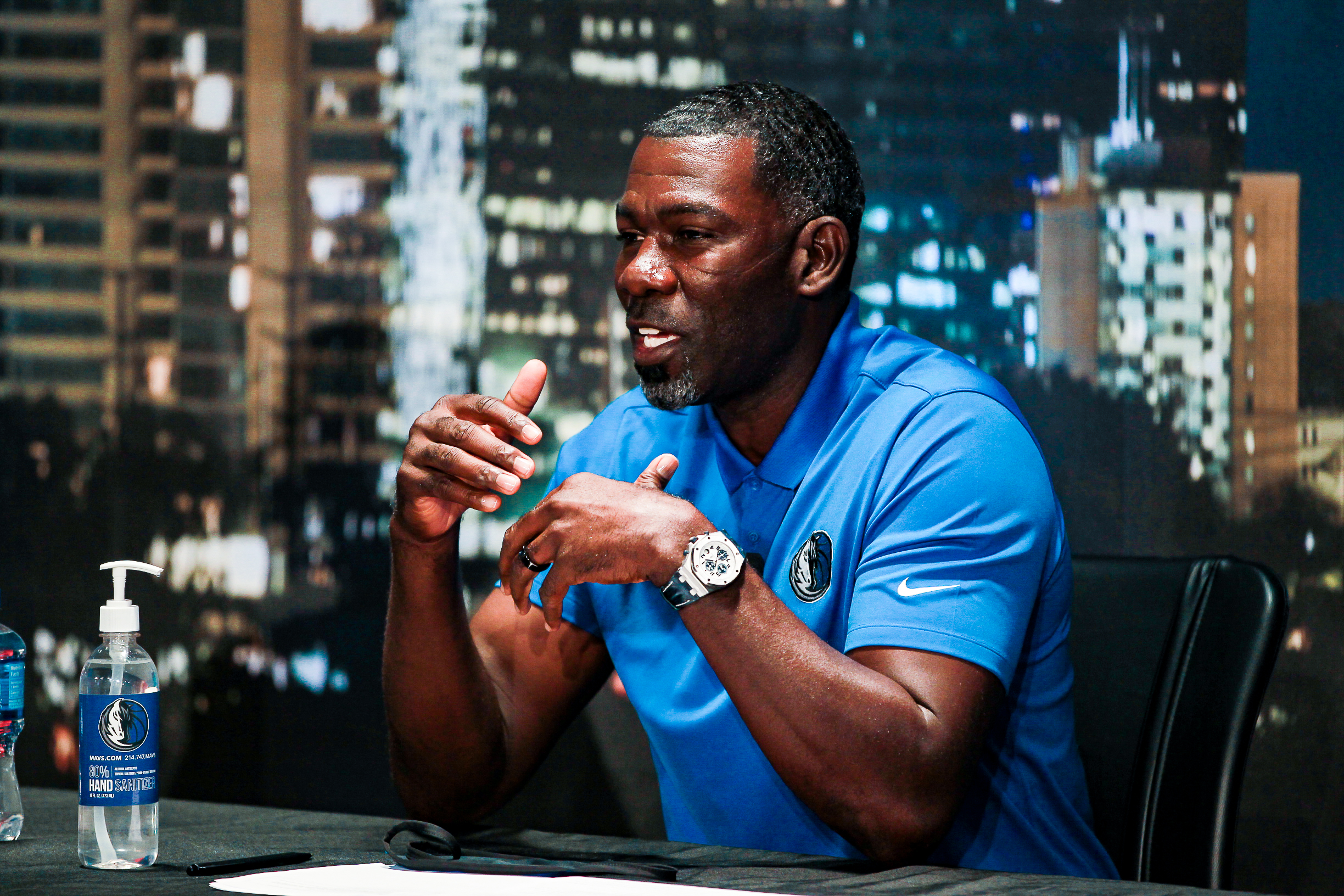 Time is ticking on the Mavericks to build their new power structure in the front office after ‘mutually parting ways’ with longtime president of basketball ops Donnie Nelson. And there looks to already be a front runner in the clubhouse to replace Nelson — Michael Finley.

According to Marc Stein of The New York Times, the Mavericks are ‘strongly considering’ Finley for the head of basketball operations position.

Dallas is strongly considering elevating one of Nowitzki’s favorite former teammates — Michael Finley — to be the team’s head of basketball operations and would add to the group with an external hire even if Finley gets the job.

The hire of Finley would be interesting on many fronts. Fin is a staple in Dallas, going back to his nine-year career as a player and stint in the front office since 2012. Mark and Donnie have groomed Fin for years to prepare him for this kind of moment so is he ready for this role? You’d think so. Finley has strong relationships within the locker room and around the league and his hand in drafting Jalen Brunson back in 2018 surely could warrant a promotion.

But what’s important here is two things: 1) bringing in an external hire to work alongside Finley and 2) not pursuing the likes of Raptors president Masai Ujiri.

The Mavericks are not pursuing established executives like Toronto’s Masai Ujiri or Danny Ainge, the former Boston president of basketball operations, to replace Nelson, according to a person with knowledge of the team’s intentions. Those executives would surely want more autonomy that Cuban is willing to cede

Not even considering Masai is frankly a mistake and one that solely reflects on Cuban. Ujiri is hands down one of the top executives in the league with a championship pedigree and one who deserves respect and control, and rightfully so.

If Cuban wouldn’t even consider Ujiri at such a crucial time for the franchise, what does that say about the power struggle within the Mavericks organization? Would Dallas need to pay Masai top executive money to gain his services? Absolutely. Would he be worth it? Absolutely. But would Masai want less influence and say from Mark? Absolutely.

But, we steer back to Finley as the emerging candidate. And while Finley is considered to be a deserving candidate, you have to wonder about the structure under Cuban. Will Finley actually have the say to act as the true head of basketball ops? Or will Cuban’s influence continue to run supreme in the Mavericks front office?