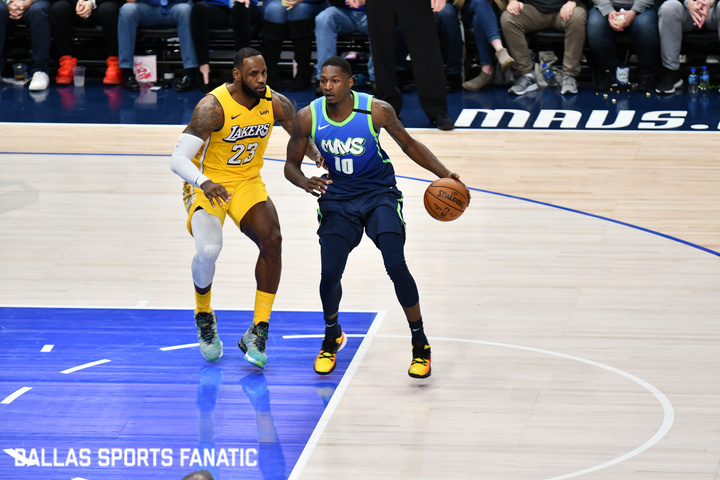 After the chaos that was Friday night when free agency opened, the major pieces have seemed to have found their place and the landscape of the NBA rosters is about set for this upcoming season.

Our credentialed Mavs staff writers Dylan Duell, Michael Mulford and Reese Konkle got together to talk over what they think about what other teams around the NBA did over the past week and a half and what it means for the Mavericks with the 2020-2021 NBA regular season less than one month away from kicking off.

Which team’s moves over the last week do you think has improved them the most?
Reese: As much as it pains me to say it, I think the Lakers had the best offseason considering the lack of available resources. I don’t want to ramble on about Pelinka or their front office because I’m not sure they deserve tons of credit. They get these players because they’re the Lakers, not because they have some mastermind brain trust working behind the scenes. But to flip Danny Green, Rondo, Javale, and Dwight into Schroeder, Wes, Trez, and Marc Gasol is undeniably good for the best team in the league.

Mulf: Outside of the Lakers, because the rich just continued to get richer over in La La Land, I’d say the Blazers. They really knocked it out of the park. Landing Covington was a huge get for them. Along with the additions of Derrick Jones Jr, Harry Giles, and resigning Rodney Hood and Melo, the Blazers finally have some real depth, especially on the wing. And don’t forget the Suns. The West just never sleeps.

Dylan: I’d agree with Reese and say the Lakers. They didn’t win the championship because of any of their supporting cast of past-their-prime misfits last season, they won in spite of them. Now, they’ve managed to build a legitimately awesome supporting cast around the greatest duo in recent league history in LeBron and AD. I don’t think they’re going to be first in the West or anything because they had the shortest offseason and LeBron’s soon-to-be 36-year-old body will probably be voluntarily missing one out of every five games over the first few months of the season, but that doesn’t mean anything. Once the playoffs roll around, they are the team to beat. Their offseason only made that task harder for the rest of the league.

Which team’s moves had you scratching your head the most?
Reese: What exactly was Detroit doing other than massively overpaying for middling players on a team that won’t contend? Mason Plumlee for that money is crazy. Throw in Okafor, a couple other centers, and 20 million for Grant and they were looking like a team without a plan. This is why bad teams stay bad.

Mulf: Oh, Detroit. They saw what the Knicks did last year with all those bigs and said “hold my beer.” Giving that much money to Plumlee is laughable. He’s a serviceable back up big but that’s it. And though I like him a lot in the right role, giving $20M a year to Jerami Grant, who clearly wants more touches, is very questionable.

Dylan: I’ll complete the “Hate on Detroit” trifecta and go with the Pistons as well. They had some good vibes after nabbing Killian Hayes with the seventh pick in the draft last week, but all of that feeling was gone when they added the aforementioned Grant at an inflated price, a career fringe-starter in Plumlee at an inflated price and then Okafor in a deal that makes no sense when they just used the 16th overall pick on big man Isiah Stewart two days earlier. This was in addition to letting arguably the best player of the bunch in Christian Wood walk after signing a seemingly modest three year/$41 million deal with Houston. Detroit just needs something to go their way. They are probably the least interesting franchise in basketball and I’m not sure they made any progress on digging out of that hole anytime soon.

Through all the movement, has anyone done enough to overtake the Lakers as championship favorites?
Reese: The only thing that could theoretically stop the Lakers is age. Lebron has to hit the wall at some point, but will it be this year? The rest of us, for competitive reasons, certainly hope his reign has ended.

Mulf: The Lakers are by far the favorites. How could they not be? Not saying that they’ll just waltz to the finish line but having the offseason that they’ve had is impressive coming off a championship.

Dylan: Lakers are the favorites until they’re knocked off. It doesn’t matter if anyone has a significantly better regular season record, all that matters is who’s hoisting the Larry O’Brien trophy at the end of the season. The Lakers are probably going to be that team unless something very unexpected happens on the injury front.

As the smoke begins to clear, where do you predict the Mavs finish in the West based off what they’ve done so far?
Reese: I would peg the Mavs as either the 5th or 6th seed out West, narrowly missing home court. By the end of the regular season though, this will be a team nobody wants to see. Maybe even the biggest threat to the Lakers? Probably a stretch, but with the way they addressed their needs and with some expected internal growth, they could be very dangerous.

Mulf: I see the Mavs in the middle of the pack. The gauntlet that is the West just continues to get stronger. With the additions that Dallas made, specifically on the defensive end, it should improve the team overall. Now, depending on how much time KP misses will determine if the Mavericks are fighting for home court or on the backend of the playoff seeding again like last year.

Dylan: The Mavericks will have 0% chance of missing the playoffs if Luka Doncic stays mostly healthy throughout the course of the regular season. If KP also is able to return before the middle of January and quickly find his way back to the form he had the second half of last season, I think the Mavericks supporting cast has improved enough to make them a threat to finish in the top three of the West. However, you can’t bank on either of those two things because Luka had nagging injuries throughout last season and KP is no different. Add in the possibility of positive COVID cases up and down the roster and it’s almost silly to try to predict anything too far down the road, but I’ll say right now that the Mavericks should be able to have homecourt advantage in the first round of the playoffs next summer — if that even is a thing.