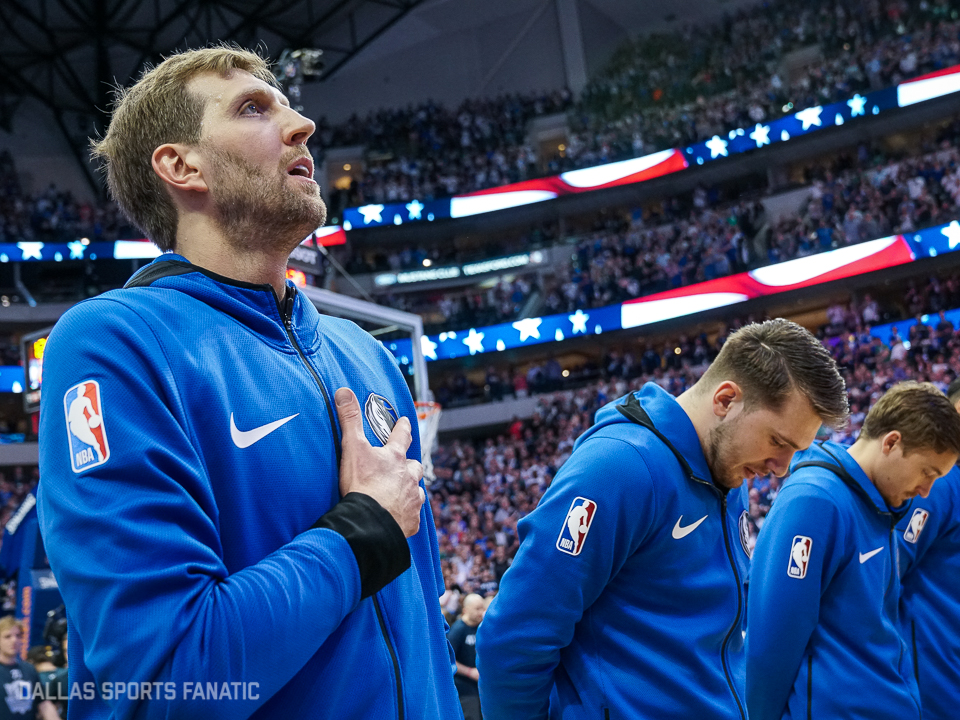 Ten years later, Mavericks lone title stands as a reminder that the journey to a championship is long and uncertain

Ten years later, Mavericks lone title stands as a reminder that the journey to a championship is long and uncertain

It really is so crazy that ten years have officially passed since Dirk Nowitzki, Jason Terry, Rick Carlisle and the rest of the 2010-2011 Dallas Mavericks took turns raising the Larry O’Brien trophy inside American Airlines Arena in Miami on June 12th, 2011.

I stood inside the American Airlines Center back in Dallas and cheered with another 19,000 or so other Mavs fans as we watched everything unfold on the jumbo-tron at the watching party hosted by the team. Confetti dropped down from the ceiling as the final buzzer sounded and Queen’s “We Are the Champions” rang throughout the arena.

I had just graduated high school a week before and this was the start to my adulthood. A little misleading on the “awesome things happen weekly once you’re an adult” idea, but I can’t complain too much. I’d been a Mavs fan since I was in third grade, roughly nine years up to that point. The evolution of becoming a die-hard fan when you’re so young is interesting. You start out just simply watching the games, then take an interest in sports talk radio to hear people discuss the games you watch and then as the years went on and the internet became more plush with NBA content, you start to dissect the league as a whole and begin consuming rumors about the team. An addiction that still plagues me to this day.

There was definitely a tough journey to get to that point. It was tough for me to accept as a fan, I can’t even imagine what it was like for the one constant player through it all in Dirk Nowitzki.

Up to that point in his career (his 13th season), he had gone through 11 postseason exits after missing the playoffs in his first two seasons. Those seasons included making it to the Western Conference Finals in 2003 where Dirk missed most of the series due to a knee injury and then of course the team’s collapse in the 2006 NBA Finals against the Miami Heat. Sandwiched in there were four series losses in both the first and seconds rounds as well.

You know that feeling we as Mavs fans are going through after the team lost to the Clippers in game seven last Sunday? That’s really the norm. Loss. Failure. 29 out of 30 teams feel that same feeling at the end of their season each and every year.

This journey to the top is not an easy one.

There are few exceptions to this. Elite talents like LeBron James and Anthony Davis choosing to make their way to Los Angeles to bring the Lakers a title last year. LeBron James and Chris Bosh joining Dwyane Wade to form a super team that won two titles in four years in Miami. Kawhi Leonard being all-worldly in 2019 to lift an already strong Raptors team to new heights for a single championship and then darting for Los Angeles.

Even the Warriors’ recent dynasty required some work and disappointment. Steph Curry was in his sixth season and Klay Thompson in his fourth when the Warriors won their first title back in 2015. Considering Luka Doncic just finished his third season, we have to understand that the formation of a championship team takes some time unless your team is located near a beach like in Miami or Los Angeles. Or perhaps we’re about to see that one can just form on a dirty subway platform in Brooklyn.

Whether or not you have faith that the Mavericks currently have the brass smart enough to put together a championship caliber squad is a different discussion. The truth is, if there’s going to be another championship banner raised to the rafters of the American Airlines Center, it will take some more time. No matter how amazing Luka Doncic is. Doncic won’t give the Mavs 13 years to figure out the equation like Dirk did, but I highly doubt he’s planning his exit anytime soon. The team made the playoffs in two of his first three seasons. For comparison:

Again, basically 99% of the time, this takes work and time. The Mavericks are in a good spot on their growth chart. The NBA pediatrician would not be concerned at their yearly check up where they get a sticker and a lollipop at the end.

It is true that the Mavs don’t have all the time in the world to build a championship team around Luka Doncic, but the 2011 Mavs and basically the rest of NBA history proves that it does take some time.