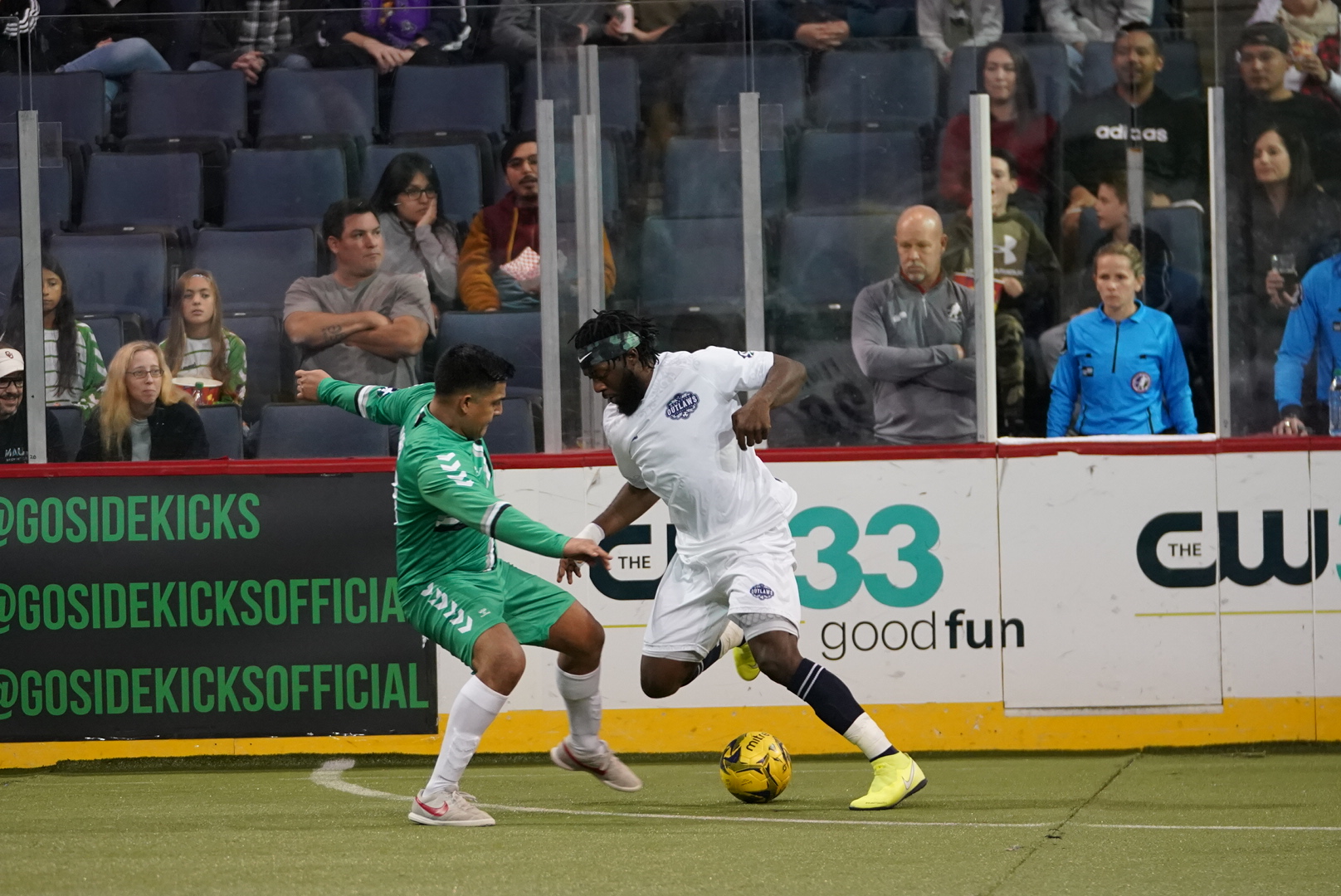 The Dallas Sidekicks fall short in their home opener

The Dallas Sidekicks fall short in their home opener

ALLEN, Texas (Dec. 4, 2021) – Saturday night, fans welcomed a new head coach, new players, and even a new turf to the Credit Union of Texas Event Center, where the Dallas Sidekicks fell in their home opener 8-4 against St. Louis Ambush (1-2).

Quickly into the first period, things started on the right foot for the Sidekicks. Forward Luiz Morales beat his marker with a single turn and drove the ball to his left to get a shot on goal to score the match’s opening goal within a minute and a half. Minutes after their opening goal, Brenden Lee made it 2-0 for the home side after a fantastic goal getting his shot past the keeper.

Things seemed to go well for the home side, but the Ambush certainly ambushed the Sidekicks’ defense and scored five goals between the first two playing periods leading 5-2 at the half of the match. Things asked for a change in mentality if Pablo da Silva’s side wanted to turn the score around.

St. Louis Ambush continued their efforts on goal and successfully scored two more goals to increase their lead between the third and fourth periods of playing time. The Sidekicks, however, attempted numerous shots looking to decrease the Ambush’s lead, but their efforts were denied.

“It’s just a little wake-up call,” said Sidekicks’ midfielder Gustavo Piedra. “It was a good game; we saw a different speed of the game than we saw in practice.”

The Ambush maintained their consistent performance throughout the match neutralizing the Sidekicks’ efforts on goal. It seemed that the Sidekicks were going to finish the match until debutant Luiz Morales scored back-to-back goals completing his first MASL hattrick.

“Makes me feel good,” said Morales. “Blessed to represent the city, I’ve been seeing the Sidekicks play for a long time–now that I get to play for them and represent it’s a great feeling.”

Not the outcome of a new era like head coach Pablo da Silva would have wanted, but he was confident in his team’s performance.

“We played well,” said Pablo da Silva. “We created so many opportunities, but in the end, we gave up some inexperienced goals. I think we performed well–it’s tough to say that and then lose the game 8-4. There’s a lot of positives in the game. There’s a lot that we need to work on. We knew what could happen with new guys, and they’re still learning the game.”

Despite it being their first official match, Da Silva asked the fans to continue believing in him and his team to get the result they wanted.

“I believe that the next game, we will look better than tonight,” said Da Silva. “They need to improve day by day, and that’s going to happen.”