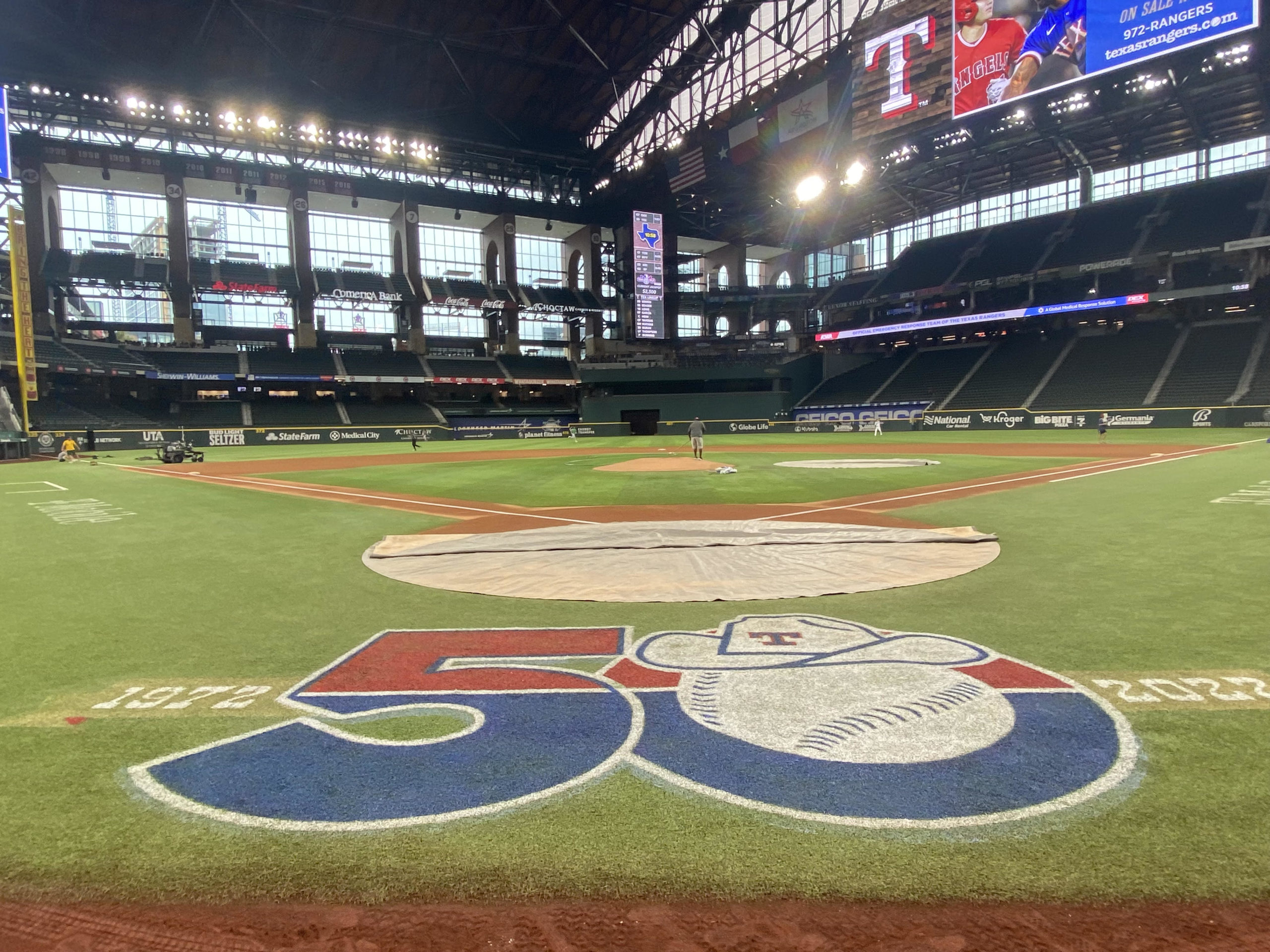 The Rangers take a first step this offseason with staff additions, what’s next?

The Rangers take a first step this offseason with staff additions, what’s next?

On Wednesday, the Rangers made two vital hirings to beef up the organization and coaching staff. First, Mike Maddux returned to Arlington after a seven-year stint with the club between 2009-2015. During that span, the Rangers finished in the top ten twice in team ERA, which was impressive considering the team played at The Ballpark in Arlington (now Choctaw Stadium). That stadium yielded one of the higher runs/per game in the league for ballparks in its existence. Second, the club hired former Royals General Manager and executive Dayton Moore as Senior Advisor, working with Rangers general manager Chris Young. Now that the club filled the two vacancies, it’s time to get down to the roster-building business.

In the past few weeks, rumors swirled of the Rangers’ interest in starting pitchers like Jacob deGrom and Carlos Rodón. It appears that the Rangers are front runners for both (not getting both, but the front runner to acquire one of them). It’s unclear if the Rangers will offer the same years and money to both, but given the option, Rodón is younger and coming off two seasons starting twenty-five or more games. Meanwhile, deGrom has twenty-six starts in the last two seasons combined. Now I understand Jacob is in a spot where the previous season broke a streak of five straight seasons finishing in the top ten in Cy Young voting, but the question is durability. It’s all assuming your mirroring offers to both. From my last Q&A, I jumped on the idea of trying to get Ross Stripling at a hopefully reduced price with Martín Pérez coming back to Texas.

The Rangers may also shop around for outfielders. Earlier this week, eyes sought out former Seattle Mariners outfielder Mitch Haniger. Rangers fans are well versed in Haniger’s abilities in his six years with the Mariners, but being a right-handed bat leaves the Rangers with a small vacancy for a left-handed outfield bat. Yes, Brad Miller is a left-hander, and Leody Taveras can bat left-handed, but adding Haniger already creates platoons where there don’t need to be. If the Rangers keep Adolis García (and not use him for trade leverage), he should be the everyday right fielder like in 2022.

Regarding trades, the Rangers will explore options in their farm system and go after mid-class type players. I see this going differently if many of their free-agent targets don’t pan out (not getting deGrom or Rodón, for starters). When you look at a team like the Angels and the trade they made with Milwaukee and Minnesota, the Angels’ farm depth is nowhere near as deep as Texas, and with Mike Trout and Shohei Ohtani, the window with them is shrinking more and more with signs of desperation. The Rangers haven’t reached that level of distress where they HAVE to make a move, but to lose one to gain better is an exploration they’re looking at.

I suspect the Rangers will make one or two significant moves in December then things settle for a few weeks. It won’t equate to last year’s Marcus Semien, Corey Seager, and Jon Gray trifecta, and the two signings will space out. However, the Rangers will go all in on at least one (and I don’t think it’ll be Aaron Judge). My one prediction is that another rotation spot fills, plus Texas will sign a reliever by New Year’s Eve (I’ll go with Carlos Rodón). That said, Wednesday’s hirings were the first dominoes to fall in a bridge to the 2023 season.