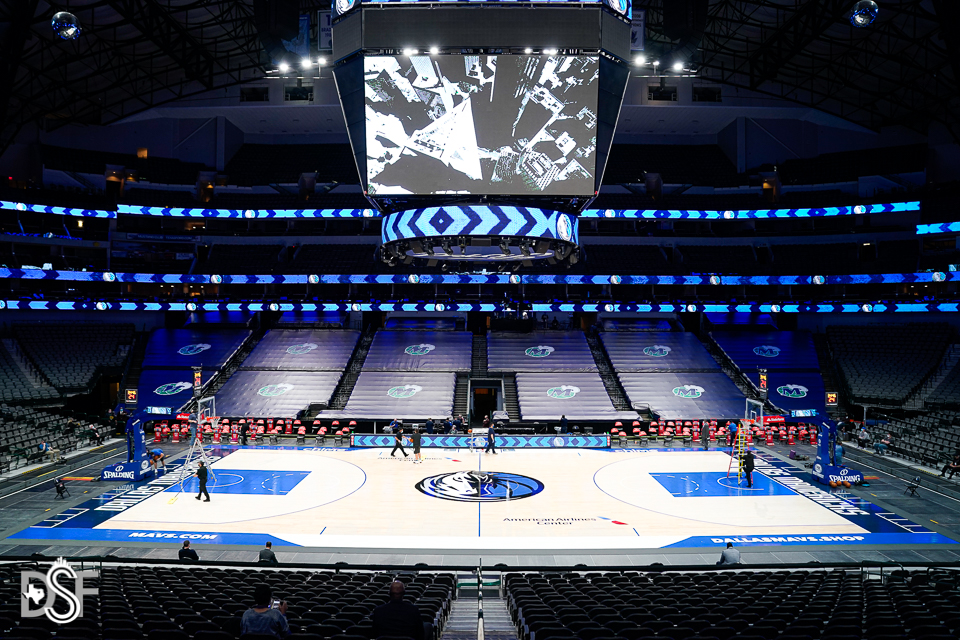 Three Mavs trends through three games: The good and the bad likely to stick

Three Mavs trends through three games: The good and the bad likely to stick

As we enter week two of the 2020-2021 NBA season, the Mavericks are 1-2 and have really experienced each end of the emotional spectrum with a close loss in Phoenix, a blowout loss to the Lakers, then a historically epic destruction of the Clippers on Sunday. So what do we know about this team so far? It’s tough to say through just three games. There have been some trends that have already come up, but are they here to stay or just anomalies?

Luka’s poor perimeter shooting
At this stage of his career, Luka Doncic just isn’t a great in-game shooter. He’s shooting just 13% from beyond the arc through three games (2-16) and while he’s not actually THAT bad at all, he’s just not ever going to shoot what we consider to be a “good” percentage over the course of an entire season here in his early or mid-twenties. Perhaps over the course of the next decade as his body wants to absorb less wear and tear from being an absolute magician driving to the paint and using his big frame, he’ll develop into a more off-the-ball threat with his jumpshot. For now, if Luka doesn’t have the ball in his hands when he’s on the floor, that means another Maverick is about to shoot it within the next second or two. It doesn’t mean that Doncic is stealthily moving to his spot for an eventual open jumper.

Maybe if the Mavs added another star legitimately close to him in playmaking capabilities, then Luka would stay off the ball a little more and get more catch-and-shoot opportunities. For now, especially while Kristaps Porzingis is out, the only three’s Doncic will be taking are tough stepbacks and late in the shotclock heaves when nothing else materializes. That’s going to equal a poor shooting percentage. Hopefully not 13%-for-an-entire-season-poor. but probably like in the low 30s like he had last season. Trend: Staying.

Josh Richardson’s seamless fit with the team
Everyone who talks to Josh Richardson or watches him play has absolutely loved his addition to the Mavericks so far. He’s made it very clear through various interviews and media availability that he’s laid back and eager to gel with his new teammates. A great piece in the Dallas Morning News by Brad Townsend this week revealed that Dallas was his preferred destination after his time in Philadelphia was destined for an early ending.

We can tell that @J_Rich1 is an @Arsenal fan 😂 pic.twitter.com/s0TcjcfSoW

Richardson has been as advertised when it comes to his game on the court through the preseason and three regular season games. While he’s unlikely to continue his 40% shooting from three (8-20), him shooting in the high 30s isn’t out of the question as he shot 38% on over four attempts per game in 2017-2018. On the defensive end, he’s been anchoring a Mavericks perimeter defense that has had mixed results through three games but was absolutely dominant from the jump in Sunday’s win over the Clippers.  Trend: staying.

Rebounding Issues
While the Mavs rebounding stats will be heavily swayed by the absolute annihilation they took at the hands of the Lakers on Christmas, it wasn’t like they had the best opening game results either. They were out-rebounded 48-39 in Phoenix on opening night and gave up the biggest rebound of the game when they couldn’t bring down the defensive board after Devin Booker missed a jump shot long in the final seconds.

So how does this improve? Rick Carlisle has emphasized the team needing to come with more tenacity throughout all parts of the game, not just some of it. He’s mentioned playing with a bigger lineup. At the end of the day, the Mavericks just need to be way better all around. Luka Doncic is the team’s current leading rebounder with 7 per game and no else averages more than 4.3 per game. As a team, they rank 27th in total rebounds with 40 per game. They rank in the middle of the pack in defensive rebounding percentage but are 29th overall in offensive rebounding percentage with only Richardson and Willie Cauley-Stein averaging more than one offensive board a game.

It really just seems like the Mavericks don’t prioritize the offensive glass that often. They prefer to get back on defense and that might be for the best if they’re heavily prioritizing improving as a defensive team this season. Perhaps they can be an even better defensive team if their opponents have a lot fewer possessions a game thanks to Dallas hitting the offensive glass. All in all, there isn’t much reason to believe this will get a lot better until Kristaps Porzingis returns to the lineup. Trend: staying for now.