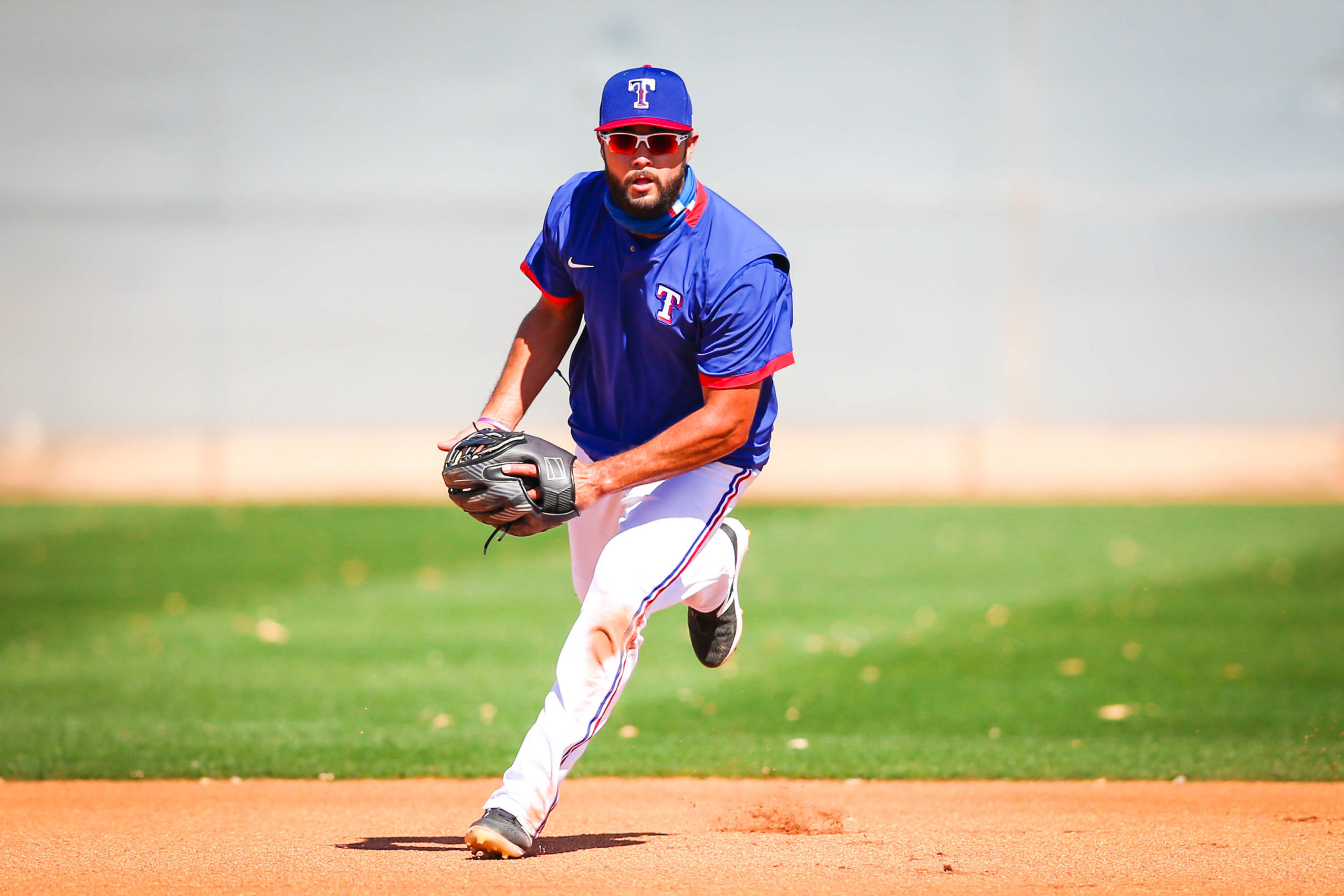 These are all among AL players:

Nathaniel Lowe made the list as 3rd best defensive 1B which tells me he doesn't get the credit he deserves. #StraightUpTX https://t.co/ehl4p7Vev6

The survey responders voted Nathaniel Lowe the third-best defensive first baseman in the American League behind Matt Olson and Yuli Gurriel. “I really appreciate that,” Lowe told me before Monday’s game against the Rockies. “It’s something that is a step as far as making me a complete player. To be recognized in the eyes of peers and coworkers like that it’s an honor and its encouragement to move forward.” Now I want to make something clear here. It’s a survey based on the best tools and not necessarily what the metrics and stats say. Lowe’s stats aren’t too kind, with a -4 defensive runs saved metric and a -11.0 defensive rating. But, as Lowe said, it’s encouraging that the league acknowledges his positive plays and that he’s not only scrutinized on the mistakes.

“I know how hard he works. I don’t think Nate’s reputation all the way up as he was a great defender. He works as hard as anybody that I’ve been around. He’s gotten a lot better from Spring Training to now,” manager Chris Woodward said. He also stated that Lowe has worked in getting first-step quickness, ranging, and turning double plays. “He’s got a good arm [and] he’s really athletic out there.”

Elsewhere, Isiah Kiner-Falefa finished in the top three in two categories. First, Isiah finished second in defensive shortstops (behind JP Crawford of the Mariners). Second, IKF finished third in Hit-and-Run Artists, which I would assume means executing the hit-and-run effectively. Isiah fell just behind of Whitt Merrifield and David Fletcher. “I think that’s pretty cool even to be recognized. I’ve never been in those prospect votes, so it’s cool to get recognition.”

Kiner-Falefa not only leads all AL shortstops in defensive runs saved, but all MLB shortstops with 15 defensive runs saved. His overall defensive metric ranks third among AL shortstops. However, JP Crawford isn’t higher up on any of those categories. I think Izzy is one of the best in that. Crawford I do believe is good, I’d have him similar as far as defensive shortstops go,” Woodward said. With that said, Isiah’s goal, if you’re not number one, its go-time to get there. “I always want to be number one, so I have work to do,” Kiner-Falefa told me.

For these guys, it’s a treasure to earn that acknowledgment. “It’s great for those guys to see that and to hear that,” Rangers manager Chris Woodward told me. “It’s hard to get recognition in this game, but when you do, you want to make sure they are aware of it.”

While it’s a building block for Nathaniel Lowe defensively, for Isiah Kiner-Falefa, the recognition is good, but there’s more of a prize that’s on the line. “To get recognized at this level this late in the year means a lot,” Kiner-Falefa told me. “The big one is at the end of the year. That’s the one I want.” He’s certainly at the top or close to add another gold to his glove. Here’s a link to the poll conducted.

Maaaan they doubted us but we’re golden!!! No one can take this from us!! Get you a ring big guy!! pic.twitter.com/XMYxH441DP