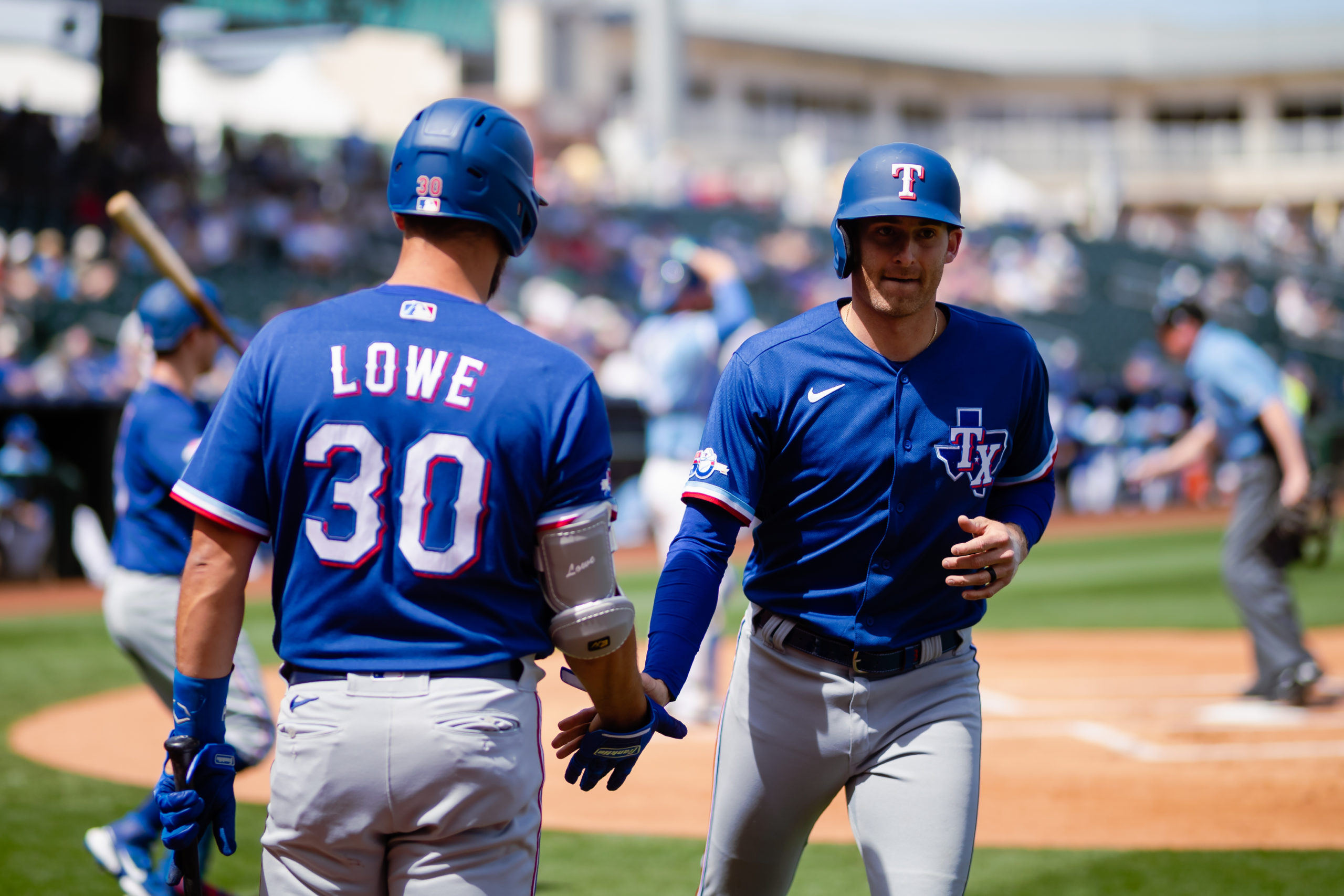 Nathaniel Lowe had an inconsistent 2021. He blew the cover off the ball in the first week of the season but slowed down as April concluded. Of course, if you go month by month, the numbers vary slightly, but there’s no outlier of an excellent or awful month for Nathaniel. Nevertheless, the Rangers didn’t see Lowe’s true potential last season, and skipper Chris Woodward said, “There’s definitely another level to Nathaniel.”

On Thursday, Chris Woodward mentioned the changes between 2021 and 2022. “I like where he’s at,” Woodward said. “I’ve seen a lot of physical understanding of his legs a little better. He still comes out them once in a while, especially on the fastballs, but I like where he is at.” Woodward pointed to a few adjustments Nathaniel made in the offseason, including where his hands are starting in his swing, the rear elbow where it’s not climbing up so far, and the discussions Lowe has had with the hitting coaches. “He could be elite as a hitter because he has a lot of attributes,” Woodward said.

Lowe told me he’s ready to go for the 2022 season. “Things are fine,” Lowe said. “I feel like we’re rolling in the right direction. The wall of Spring Training has shown up where you get tired of practice which is crazy because it’s a short spring, but that’s how it goes.”

Last season, Nathaniel Lowe led the team in walks with eighty; therefore, he controls himself from swinging at balls. When you have that and then add in his power, Lowe can be a force in the middle of the lineup. The key, however, is consistency. “We saw it at times last year. He had a good year last year,” Woody said. “There’s still another tier he has to get to, if not for more than one more tier that I think he can get to because [Lowe] is pretty talented, and he’s a smart kid.” Durability was another aspect Chris Woodward brought up. Nathaniel played in 157 games, one shy of Isiah Kiner-Falefa, who played in 158. However, being a bigger guy than Isiah, missing four games in an entire season shows extreme durability. “[I] just kept him in there [and] kept rolling him out there every single day,” Woodward said.

On the defensive side, that’s an aspect Lowe is working on, and his skipper is noticing. “It’s making a point of emphasis to keep going and stuff that we keep working on,” Lowe told me. “Defensively, I think he’s made a lot of improvements,” Woodward said. I think that’s where the biggest thing for me coming into camp. He looks really good over there.” Last year, managers, scouts, and executives voted Nathaniel Lowe as the third-best fielding first baseman in the American League. While fans looking in may disagree, some tools showcase the type of defender Nathaniel is on the field.

Chris Woodward also said that the Jonah Heim homer was the most impressive,

"Cleared out on the cutter in and he executed."

Also the Nathaniel Lowe homer that was left on left the opposite way was impressive too. #Rangers

Lowe’s baserunning was on display last year too. Yes, I know he doesn’t possess the gift of roadrunner speed like Eli White or Leody Taveras have, but the key for Lowe and his baserunning is knowing when to go and reading the pitcher well. “It’s like a simple math problem,” Chris Woodward said. Here’s how Woody broke it down:

[A] How quick the pitcher is to the plate, [B] Catcher’s throw speed to second, and [C] Time it takes the runner to reach second.

If the speed of A and B are greater than C, then the runner will always be safe. It doesn’t matter how fast the runner is. “I think Nate took that to heart and said, okay,” Woodward said. “The times I can run when the situation presents itself, I’m gone. It’s as easy as that, and it’s not rocket science.” While Lowe’s stolen base number wasn’t ridiculous, he was a perfect eight for eight in 2021 and hasn’t been caught stealing since AA 2018 in the Rays organization.

A lot is riding on what to expect from Nathaniel Lowe. There was buzz swarming whether the Rangers would trade him (buzz came from the outside), and Lowe showed off Thursday by going opposite field against a left-handed hitter. “I expect him to have a pretty big year this year,” Chris Woodward reiterated.

Asked Rangers' Nathaniel Lowe today the difference in himself last year and this year. #StraightUpTX pic.twitter.com/zJLUsTuQtX