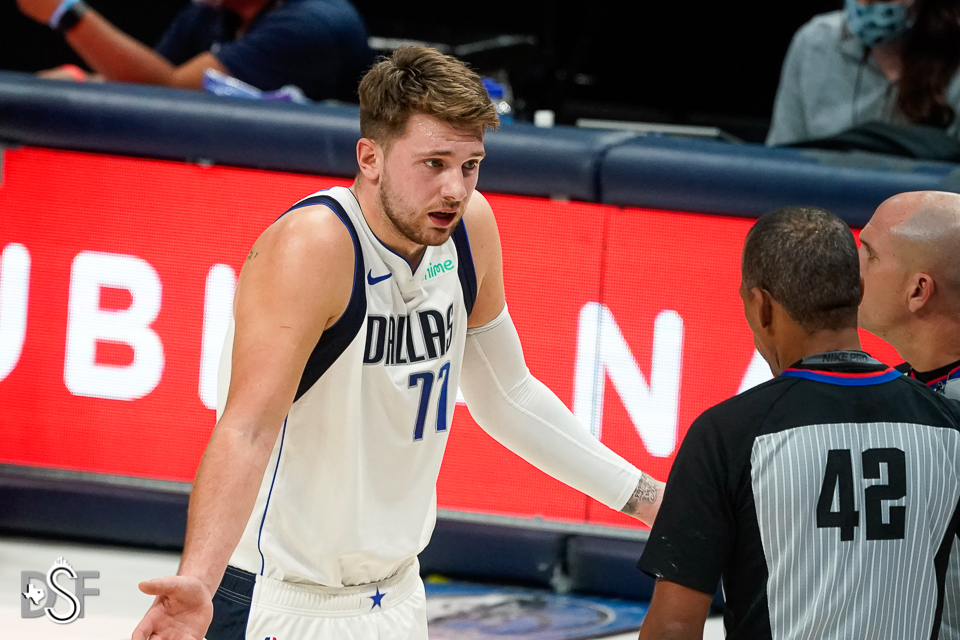 The Mavericks’ trip to Salt Lake City went about as poorly as possible with two games where they got absolutely destroyed by the red-hot Utah Jazz. After losing by a deceptively competitive 116-104 score on Wednesday night, Dallas fell 120-101 to Rudy Gobert and company on Friday night to extend their current losing streak to four consecutive games.

With the team reeling, what has to change?

Kristaps Porzingis has to do whatever it takes to find his groove on a consistent basis
Porzingis obviously wasn’t the only Maverick that played poorly in Utah, but his poor play in the last three games has just been demoralizing to a Mavericks team desperately trying to find its identity so far this season. It’s always pointed out that this team has been missing so many key components due to injury or health/safety protocols, but Porzingis’ inability to consistently be the player he’s paid over $30 million a season to be might be the biggest deterrent in the Mavs’  current lack of success.

There have been good times this season for KP. Over a four game stretch earlier in January, he averaged 22.8 points and shot 58% from the field. Unfortunately, that’s really been about it for the resoundingly good moments from Porzingis in his now nine games on the season. After sitting out last Saturday’s game against the Rockets, he was absolutely dreadful in the Mavs losses to the Nuggets and Jazz this week. He has averaged just 15 points on 36% shooting from the field over the last three games. That’s just not going to cut it for a guy expected to be Luka Doncic’s sidekick and is getting paid close $30 million this season to do it.

With tomorrow night being the second night of a back-to-back, there’s certainly a chance that Porzingis won’t play, but that’s just not acceptable at this point. He needs to find his footing. The team desperately needs a win. He needs to play.

Rebounding struggles are inexcusable and the result of a lack of focus and energy
Yes, yes, yes… key contributors have been out due to COVID, but the Mavericks just flat out have to be better at rebounding. Facing Rudy Gobert the last two games, they were outrebounded 56-40 on Friday and 50-36 on Wednesday. It’s just not acceptable no matter the disadvantage you might have against the size of Gobert. When you watch the games, you see the team constantly in poor positioning for a rebound and simply not exhausting enough energy to go clean up the glass.

The Mavericks aren’t a talented enough team to just have rebounds fall into their laps and survive off of that. There has to be a fire and a desire to dominate the boards and that simply hasn’t been there this season. Getting the energy of Dorian Finney-Smith, Josh Richardson and (eventually) Maxi Kleber will help, but whoever is out there on the floor now needs to bring 110% effort. Luka Doncic said after the game that the team’s effort might not be where it needs to be currently.

Luka Doncic is frustrated. "I would say right now that it's looking like we don't care, honestly. We need more energy, more effort . . . I know we will and that's all that matters."

For the sake of the Mavs season not completely falling off the rails, they better hope he’s right when he knows more energy and effort will come.

With the loss, the Mavericks are now 8-11 on the season and have to quickly turn around to face a Phoenix Suns team that will thankfully be without Devin Booker on Saturday night.