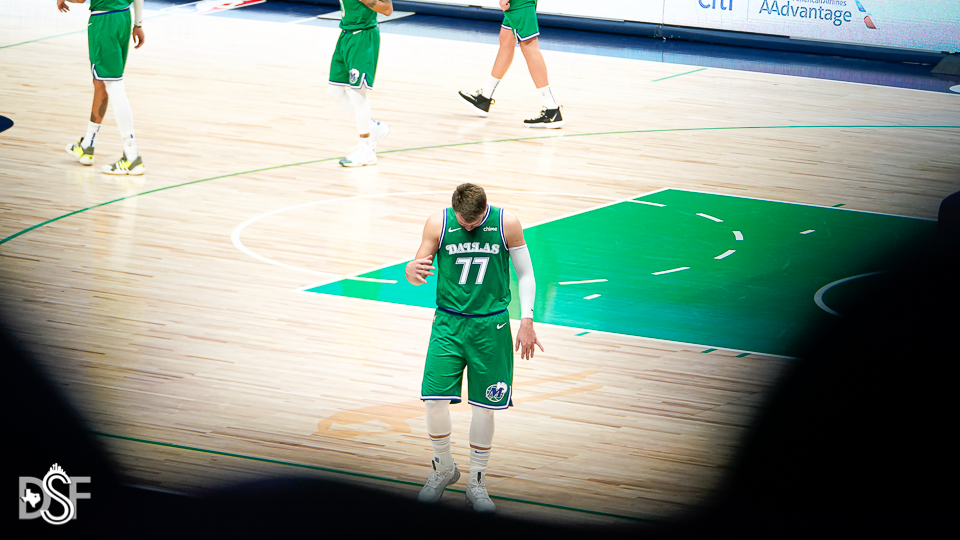 Utah dismantles the Mavericks as Dallas loses their third straight

Utah dismantles the Mavericks as Dallas loses their third straight

That’s all I got to describe last night’s loss to the Jazz.

With Utah’s star player, Donovan Mitchell, along with reserve big man Derrick Favors being out, you’d figure that that may have given the Mavericks an upper hand? Wrong.

The Jazz are a well-oiled machine from top to bottom. The ball movement is elite. The shot making is elite. Coach Quin Snyder’s grasp on his team and rotation is elite.

The Mavericks are not.

And sure, there are excuses to be made on Dallas’ side of things. Kristaps Porzingis is still coming into form and getting his groove back. And of course, the Mavs have been hit hard by COVID, having five players out because of it.

But not just five players; two starters and three rotation pieces, which threw Wes Iwundu and Josh Green into the mix heavily for almost two weeks.

Of course, it will take some time for the likes of Richardson, Finney-Smith, and Powell to get their legs back after being out for two weeks. Maxi Kleber has begun working out and will likely return next week at some point. Hell, last night was the first time KP and J-Rich had seen the floor together. That says something about this team.

Is it time to panic? No, because of all the injury and COVID-related issues above. But is it time to closely keep an eye on this team and possibly alter expectations? Absolutely.

We will see where this team is come next weekend, following another tough stretch of games: Utah, Phoenix (x2), Atlanta, Golden State (x2). If Dallas can survive that stretch, the grass may be greener on the other side as their schedule begins to ease up.