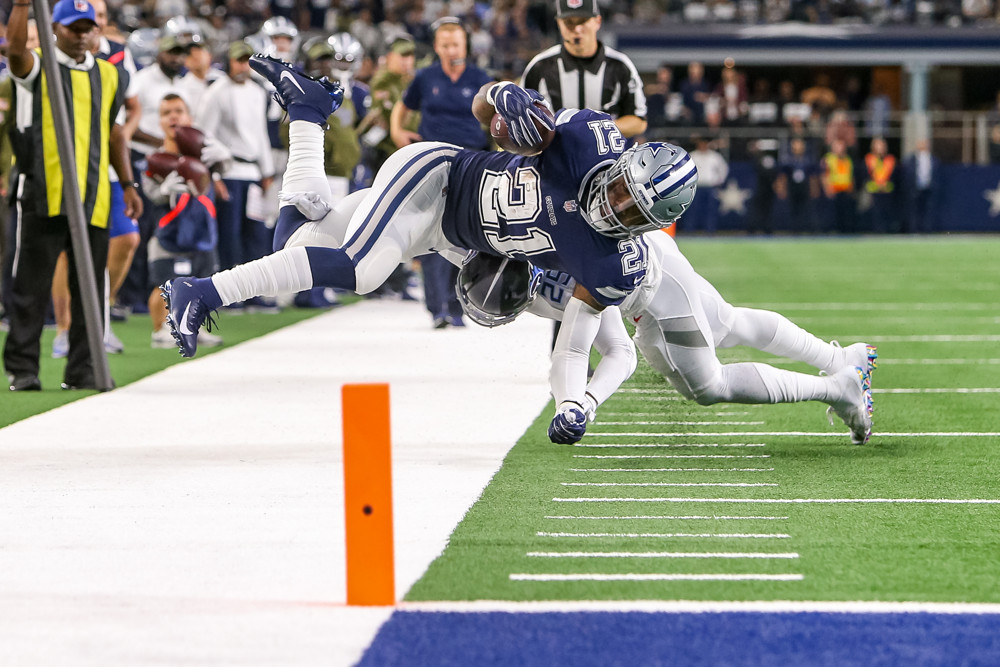 Week 1 Stock Report: Who’s up, down for Dallas

Week 1 Stock Report: Who’s up, down for Dallas

The Dallas Cowboys have started 0-1 for the third straight year under head coach Mike McCarthy after losing 19-3 to the Tampa Buccaneers on Sunday night. Sunday night could not have gone worse for the Cowboys. Dak Prescott will undergo surgery to repair and stabilize his thumb and is out at least 6-8 weeks, Jayron Kearse left the stadium on crutches and starting left guard Connor McGovern left with a high ankle sprain.

Here is your Week 1 stock report

Ezekiel Elliott finished the game with 10 carries and 52 yards. Elliott gained between 5 and 7 yards on 8 of his 10 carries. Those numbers aren’t the explosive numbers you are looking for necessarily. However, he went 11 straight games without that many gains of 5 or more yards last year after going through his knee injury.

Micah Parsons was able to come away with two sacks on Sunday night on back-to-back third downs in the 2nd quarter. His DPOY campaign is off and running.

Before leaving the game early due to injury, Sunday night could not have gone worse for Dak. He finished the game 14 of 29 for 134 yards and an interception.

In his debut as WR1, Lamb brought in 2 catches for 29 yards on 11 targets. He committed an offensive pass interference that negated a first down catch. His body language was poor for the majority of the night, as well.

Stephen Jones on the WR play on Sunday night, ” We’ve got to be better there. CeeDee has to improve and work his way into being the No.1 receiver. We think we can.”

The Cowboys will host the Cincinnati Bengals on Sunday afternoon at 3:25 at AT&T Stadium.