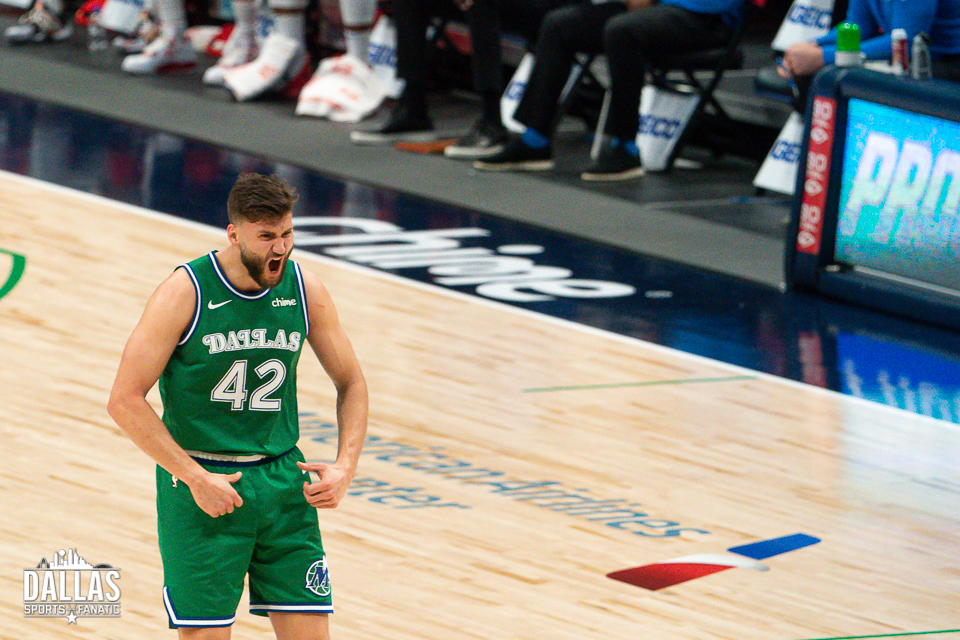 On Tuesday night, the Mavericks will have a chance to have their first 2-0 playoff series lead since back in May 2011. The opponent then? The Los Angeles Lakers. Where did they win the first two games of that series? In the Staples Center where their current opponent, the Clippers, plays as well.

Following their 113-103 win in game one, the Mavs have been able to toss all pressure over to Kawhi Leonard, Paul George and the rest of the Clippers as their expectations to make a long playoff run certainly didn’t get planned to begin with a 2-0 series hole. After shooting just 28% from deep in game one compared to Dallas’ 47%, it’s possible that coach Tyronn Lue is just hoping to find his players better looks to let the team’s shooting that comfortably finished with the best three point shooting percentage in the league at over 41%

Was it as simple as the Clippers not making enough shots the other day? Or is there a real adjustment that could be made to slow down Luka Doncic? They seemingly did in the fourth quarter of game one where he scored just one of his 31 points on the day, but the Mavericks’ supporting cast was still able to come up big and get things done down the stretch. It’s a tough puzzle to figure out for the Clippers as they try to point to what exactly went wrong in game one and how they can fix it for Tuesday night.

A bounce back for the unicorn?
Even after four late points, Kristaps Porzingis still scored just 14 and grabbed only four rebounds in 36 game one minutes. He seemed to be a virtual non-factor for most of the game with Kawhi Leonard defending him on the perimeter, often making it difficult to even get the ball in his hands.

I wouldn’t expect the Mavericks to necessarily go out of their way to get Porzingis rolling early in game two like they would frequently do throughout the regular season. The stakes are too high and a strong start can mean everything with Dallas’ now 28-0 record after leading after the first quarter. Coach Rick Carlisle was sure to find ways to praise KP after the tough game on Saturday.

“I thought Porzingis was very patient in this game. He’s got a top five defensive player in the world guarding him in Kawhi Leonard. They have that much respect for his abilities at the offensive end, and he did a good job of staying patient and finding ways to create advantages as the game went on.”

Hopefully Porzingis can hear that and know that he can be patient in his ability to get things going in game two. Besides a three-game stretch in March where he scored 11, 11 and 12 in three consecutive games, KP didn’t have any other instances over scoring under 15 points in his 43 games played this season.

Maxi Kleber is questionable for game two
After missing six of the last eight regular season games with a sore Achilles, Kleber was able to log 36 tough minutes in game one against the Clippers on Saturday. He was often defending Kawh Leonard and had a massive physical task he had to take on while on the court. Even with the extra day in between game one and game two, Kleber is still questionable for Tuesday night.

“He’s been a little sore the last couple of days. We’ll hope that he’ll be okay,” Rick Carlisle said after practice on Monday. “He went through parts of practice today but did not go through the whole thing. Parts of it are precautionary, but parts of it were because of discomfort.”

One would think that Maxi ends up playing but it is certainly not unheard of for the injury bug to hit the Mavericks in the middle of a playoff series after how the first round went last season. Don’t expect to hear anything about Kleber’s final status until Rick Carlisle addresses the media before the game at about 8 PM on Tuesday night.

Game two is scheduled to tip-off shortly after 9:30 and the game can be seen on NBATV or Bally Sports Southwest.

Check out a recap of G1 and preview of G2 on the DSF podcast Hoops Tank.